Yaroslava Kravchenko: A Ukrainian theatre director using the power of performance to take on gender-based violence

Yaroslava Kravchenko is a theatre director in Ukraine and founder of the Wild Theatre – a performance company that takes on critical social issues with the goal of making meaningful and lasting change in Ukrainian society. 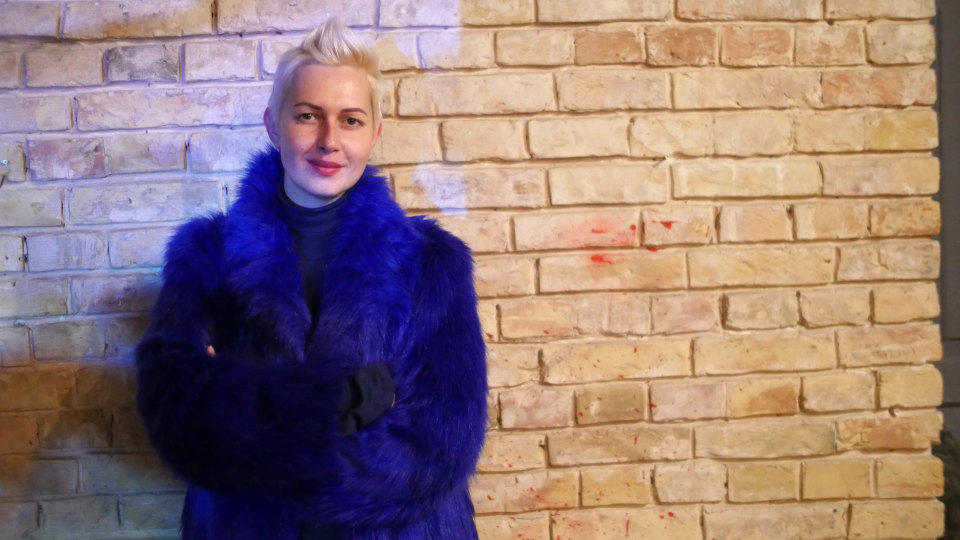 When thirty-three-year old Yaroslava Kravchenko was working at Ukraine’s state theatre she wasn’t seeing productions that reflected the lives of her and her friends, or that embodied the urgent topics of modern-day society. “All of the plays that I was seeing seemed to be avoiding important confrontational themes that were found on the front pages of the newspaper or on everyone’s Facebook feeds,” she recalls.

Theatre that addressed timely issues, that was roaring with modern day life and energy – this is what Yaroslava was eager to see – and not distant classical productions.

So, she decided to do something about it.

Yaroslava became determined to start her own theatre company “to stage contemporary stories of living and breathing people – the same type of people who are in the audience,” she explains. Her dream was for audiences to have powerful, life-altering experiences at the theatre, and she would accomplish this by addressing critical contemporary topics and stories relevant to the audience’s lives – that speak to their struggles.

And with that, Wild Theatre was born – currently one of the most popular independent theatres in Ukraine. And with Yarsoslava acting as producer and creative director, they’ve been using their stage to take on critical social issues affecting Ukraine since 2016.

A tool to change society

The performances that Yaroslava and Wild Theatre stage deal with many different themes, while always staying grounded in a philosophy of respect towards all forms of dignity and existence. “We’ll stage one play about feminism that will lay bare the reality of violence against women, another about men and aspects of masculine frailty, and in another we will even put animals and their struggles in the spotlight,” Yaroslava explains.

One of her biggest challenges is in the selection of material to perform – to choose plays that make the audience think and question their values and beliefs, while not inferring through the work how they should think or act. She stresses that the demographic they curate the repertoire for is the greater public – they are not creating work for experts or activists. “We stage productions that tackle sensitive matters for everyday people, who are unbiased and open to new interpretations,” Yaroslava emphasizes.

"We stage productions that tackle sensitive matters for everyday people, who are unbiased and open to new interpretations.” 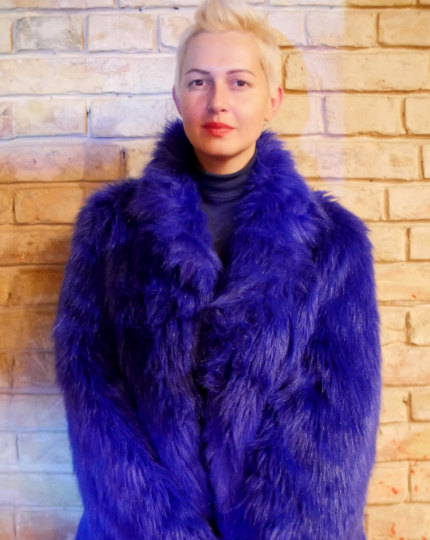 But this approach has sometimes caused problems. Yaroslava recalls how during one of Wild Theatre’s pro-feminist plays, a large group of Kyiv feminists attended and angrily voiced complaints that their issues were not being shown in the light they deemed correct. “And when we staged a play about tolerance towards homosexuality,” she remembers, “gay men in the audience were vocal in their dissatisfaction, because they felt that we were misconceiving their reality somehow. So, we are very sensitive about not coming off like we know the answers or are telling people how to live.”

Despite these challenges, Yaroslava really feels like she can make a difference in the lives of her audience through the work that they stage. She feels particularly proud about what she considers to be her intimate connection with the audience. “I actually know a lot of our audience and I always try to personalize our plays for them, connecting with the crowd in an intimate, emotional way,” she says. On one occasion, Yaroslava’s friend was sharing with her the details of his difficult divorce, and how he was unsure how to raise his daughter after this trauma. “I felt compelled to create a piece of theatre that addressed his struggles in some way, to create a cathartic experience for him and everyone who may be going through something similar,” she relates.

Yaroslava thinks that these experiences have the potential to create social change, and she sees theatre as something much bigger than entertainment. “For me, theatre is the one and only tool that I have access to that I believe can actually change society.”

For me, theatre is the one and only tool that I have access to that I believe can actually change society.”

A powerful collaboration with UN Women

One of the most urgent social problems in Ukrainian society is violence against women. In 2019, Yaroslava and Wild Theatre, in collaboration with UN Women, have developed Scars – a hard-hitting theatrical production that gives a voice to women throughout the country who have suffered from violence. 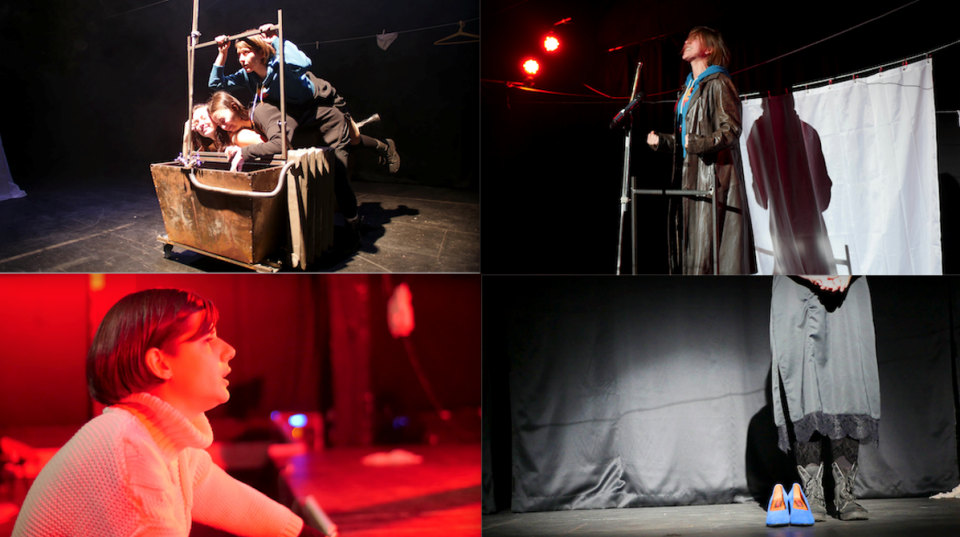 The play portrays four actresses bringing to life personal stories that were submitted by over 50 real women in Ukraine, and is meant to raise awareness about the problem of violence and its many forms.

“Scars is a very special piece of theatre for us,” Yaroslava explains. “It is a scream, a vivid response to the pain of living with scars from violence – both physical and psychological.”

Scars is a scream, a vivid response to the pain of living with scars from violence – both physical and psychological.” 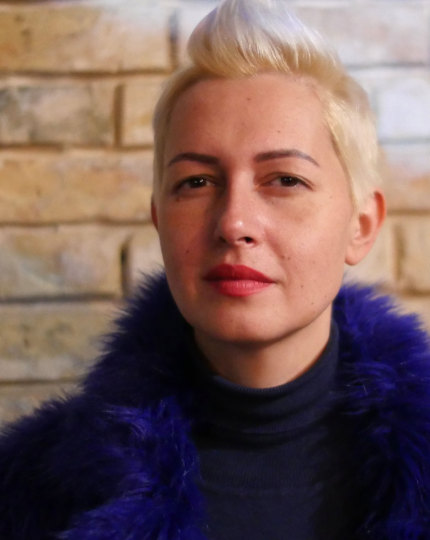 To her, getting people to start talking about gender-based violence and facing it head-on is an essential first step in combating it.

“In Ukraine, violence against women is often romanticized or sentimentalized, but people need to understand that it cannot be justified because of jealousy or attributed to redemptive love – it’s full-on violence. The people experiencing it must start talking about it honestly and openly.”

For many of the women who contributed to Scars, it was the first time that they shared their stories of violence with anyone. This affected Yaroslava on a deep level. “They hadn’t told anyone – not a parent, a friend, no one. We were the first to listen, and their confessions were brutally honest and raw.” Yaroslava is proud that through sharing their stories, many of the women experienced personal breakthroughs. One young woman, after sharing her story with the Wild Theatre team, decided that she was emotionally ready to share her painful experience of violence with her family. 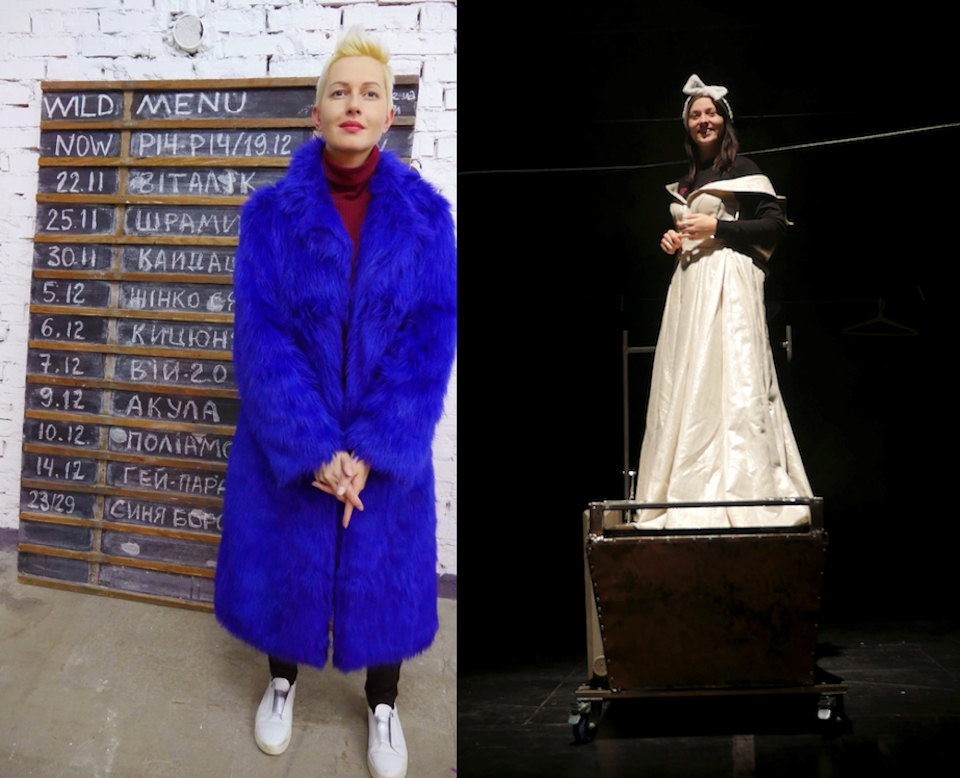 In 2020, Wild Theater and the UN in Ukraine transformed Scars into a fully digital interactive play New Scars. The expanded narrative addresses violence experienced by women during the COVID-19 pandemic.

Yaroslava truly believes that once society fully understands the shocking impact of gender-based violence and the physical and emotional destruction it creates, that things will change for the better.

And even though she says it may sound paradoxical, Yaroslava dreams of a future where she will have less material to work with. “We make theatre about urgent social and moral justice issues, but my dream is that we become free of these problems, even if it means I have no more material to work with,” shares Yaroslava. “But for the moment, I am just really proud and privileged to be a part of these projects that help to shape our society for the better.”

I am just really proud and privileged to be a part of these projects that help to shape our society for the better.”