In October 2019, the Ukrainian Parliament voted for a bill that would provide women who participated as volunteers in the Allied Forces Operation in eastern Ukraine official recognition as veterans and access to the respective social benefits. Prior to that, they were legally denied veteran status. The growing Women Veteran’s Movement advocated for these amendments, based on the Invisible Battalion 2.0 study with technical support from UN Women. More than 100 veterans have joined the movement since 2019 to jointly advocate for their rights and better services for demobilized women. Today, the movement has become a formally recognized non-governmental organization and, as COVID-19 reaches into every aspect of society, the Ukrainian Women Veteran Movement is now helping women veterans to stay safe. 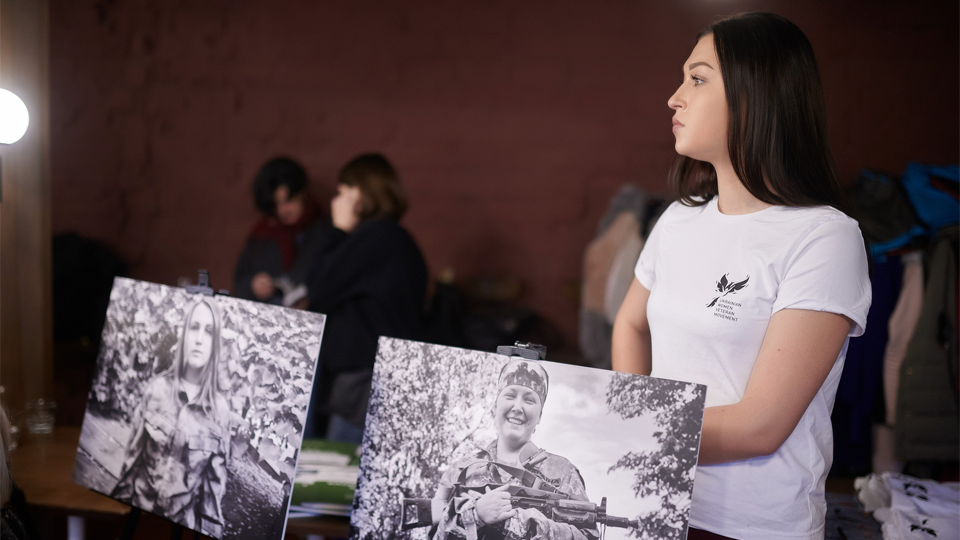 Yulia Kyrylova during the launch of the results of Invisible Battalion 2.0, 19 November 2019. Photo: UN Women/Andrii Maksymov

At the start of the conflict, many women had joined the Armed Forces as volunteers even though it was not legally recognized. Now, women constitute around 11 per cent of the Armed Forces of Ukraine, yet their contribution often remains invisible and overlooked.

“Upon returning to peaceful life, we faced PTSD (post-traumatic stress disorder), difficulties finding psychological support, family issues, economic challenges, sexual harassment, ageism and even public condemnation,” shares Andriana Susak-Arekhta, one of the leaders of the movement. “Frequent communication with each other and peer-to-peer support was therapeutic for us. During the sessions, meetings, trainings, it became clear what solutions we wanted, how to influence democratic processes. It united us into a movement with a clear mission to pass our country to the future generations in a better condition than we had inherited it," she explains.

Today the Ukrainian Women Veteran Movement (WVM) is an independent, young non-governmental organization with a goal to build its capacity, strengthen advocacy through campaigns and develop long-term strategic planning. Old challenges persist – the conflict is ongoing, while there is a lack of state programmes for the reintegration of women that would address their needs.

The COVID-19 pandemic exacerbates existing challenges. Women veterans and service women face higher risks of infection as single mothers, volunteers, medical workers and active duty servicewomen in the conflict-affected areas at the frontlines of fighting the pandemic. The Women Veteran Movement is part of the COVID-19 response at the Operational Headquarters of the Ministry of Veterans Affairs and covers veterans' issues at the daily meetings and assists with the coordination and provision of much-needed assistance.

“My work has increased twofold since March – I am seeing 40 to 50 patients on average each day,” says Kateryna Lutsyk, military medic working in Zhytomyr (Western Ukraine). Providing not only medical, but also psychological and rehabilitation help is crucial for the veterans in the region, where there is little assistance. The psycho-social sessions for women veterans have helped increase their resilience and capacities during the pandemic. 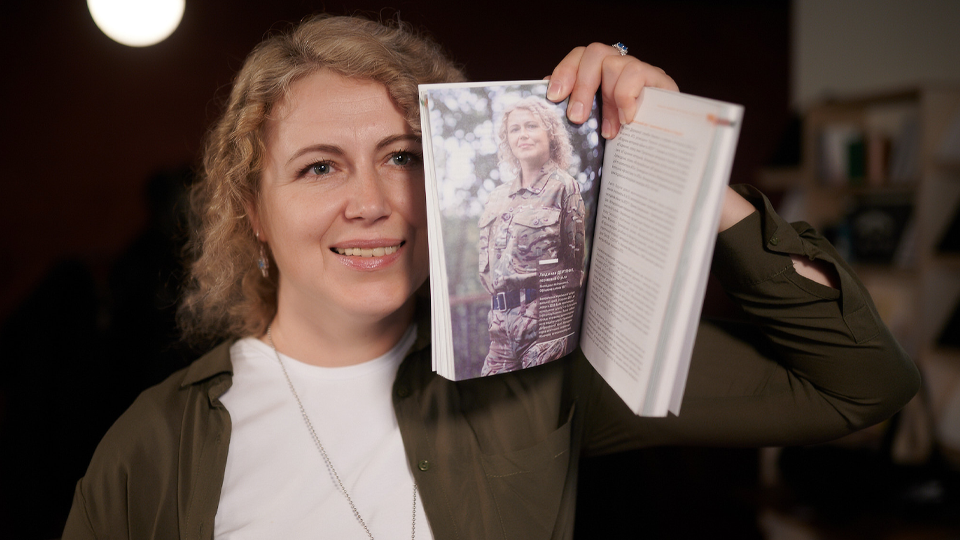 “We conducted a study among women veterans and found that 14 per cent of those surveyed have lost their jobs during the quarantine, and 53 per cent of veterans reported a significant decrease in income during that time,” says Yulia Kyrylova, a veteran and a founding member of the WVM. “To address it, we focused on providing for the basic needs of the women, such as food and personal protective equipment and disinfection items. It was a much-needed short-term solution,” she says.

Many veterans are self-employed. To improve their financial and economic security over the long-term, with UN Women support, WVM conducted a series of educational training session online to advance women’s professional skills, designed to improve their employment prospects and well-being. Grant-writing was a specific focus during the training sessions with the aim of helping to secure funding for a large number of initiatives that civil society undertakes to cover the gaps within existing services.

“Having served in the army, experienced combat, I understand that any obstacles can be overcome if you have a solid team that will cover your back and offer a friendly shoulder,” says Yulia. “For me, it used to be my army colleagues to whom I could entrust my life on the frontlines, and today, here in peaceful Kyiv, it is my sisters from the Women Veterans Movement,” she adds. “For me, it is not just an organization, a job or another project; for me it is nurturing, where I will always be understood and supported, and it does not matter what challenges we face today.”

A lot has already been done, but the story of the female veterans’ movement in Ukraine is only beginning.

Related News
14/10/2020
Call for applications: Small grants for women-led and human rights civil society organizations
17/06/2020
In the words of Iryna Korliakova: “I want people to feel safe in their communities – even in the toughest times”
17/06/2020
In the words of Olena Nebeska: “I want everyone to know the importance of their human rights”
22/04/2020
Ukrainian women’s voices amid the COVID-19 crisis
19/09/2022
In the words of Anastasia Perepylytsia: "Women are half of the population, whose opinions and needs must be taken into account."
END_OF_DOCUMENT_TOKEN_TO_BE_REPLACED