Ukraine becomes a member of the Biarritz Partnership for Gender Equality 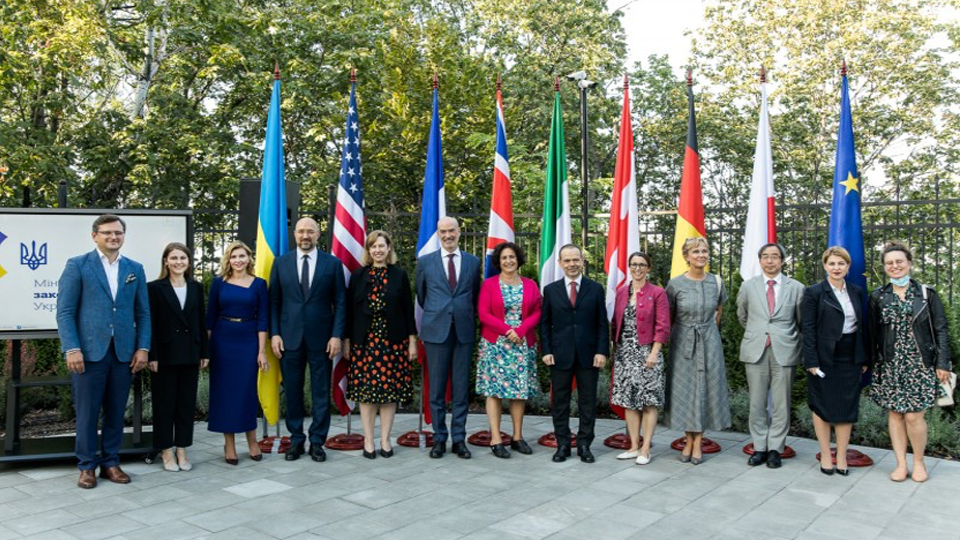 On 12 September Ukraine formally became a full member of the Biarritz Partnership for Gender Equality, a global coalition championed by the French government aimed at achieving the full empowerment of girls and women around the world.

Under the Partnership, Ukraine committed to a range of actions in key five areas from developing public space friendly to families with children and low-mobility groups to teaching children the principles of equality between women and men. The areas also included commitments to preventing violence; reducing the pay gap between women and men, and; creating greater opportunities for men to care for children.

At a special event to mark Ukraine joining the Biarritz Partnership, the French Ambassador to the country, Etienne de Poncins, presented a formal written response from the Minister of Europe and Foreign Affairs of the French Republic, Jean-Yves Le Drian. Ukraine´s First Lady, Olena Zelenska, attended the event along with the Prime Minister, Denys Shmyhal, Foreign Minister, Dmytro Kuleba, Deputy Prime Minister for European and Euro-Atlantic Integration, Olha Stefanishyna, the ambassadors of the G7 countries and Sweden, as well as representatives of international organizations.

During the ceremony, the First Lady emphasized: “This is an important step for Ukraine towards equality in the broadest sense - regardless of gender, age, cultural, physical or mental differences. The experience and support of the participating countries and the expertise gathered within the Biarritz Partnership will certainly be of great help in working to create equal opportunities for all Ukrainians.” Olena Zelenska also expressed personal gratitude to all those involved in the landmark event, including the  attending ambassadors and representatives of international organizations, for their support of Ukraine.

Ambassador Etienne de Poncins invited Ukraine to participate in the Generation Equality Forum, convened by UN Women and co-hosted by the governments of Mexico and France, with the aim of mobilizing all those working towards gender equality and making ambitious commitments in this area.

Ukraine has long sought to bridge the gender pay gap for equal work of equal value, given that such a gap in early 2020 in Ukraine was 22 per cent,  affecting women´s earnings. On 16 September, the Government of Ukraine expressed its commitment to joining the Equal Pay International Coalition (EPIC), which brings together governments, employers and employee organizations, UN agencies, the private sector, international organizations, civil society and research institutions. 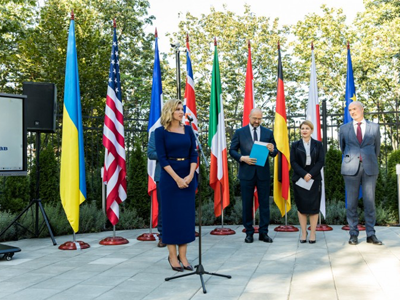 At the same time, Ukraine has moved a step closer to combating and preventing domestic violence. On 21 September, President Zelensky signed a decree on urgent measures to prevent and combat domestic and gender-based violence and to protect the rights of victims of such violence.

"In the context of the COVID-19 pandemic, the number two problem after the virus itself was the increase in domestic violence,” Zelensky said before signing the document. “For example, in the first half of the year alone, the police received almost twice as many complaints about domestic violence as in the previous six months. The draft decree is aimed at the systematic development of a network for responding to violence. It introduces the basic principles of protection of the rights and interests of victims," he said.

Related News
03/12/2021
In the words of Valentyna Dobrydina: “I promised myself that I would defend the rights of people with disabilities”
02/07/2021
Press release: Generation Equality Forum concludes in Paris with announcement of revolutionary commitments and Global Acceleration Plan to advance gender equality by 2026
19/11/2020
Yaroslava Kravchenko: A Ukrainian theatre director using the power of performance to take on gender-based violence
15/10/2020
In the words of Oksana Nikiforova: “Rural women has a strong will for change”
29/07/2020
Take Five: “People may come and go, but sustainable institutions ensure that gender policies stay on track”
END_OF_DOCUMENT_TOKEN_TO_BE_REPLACED