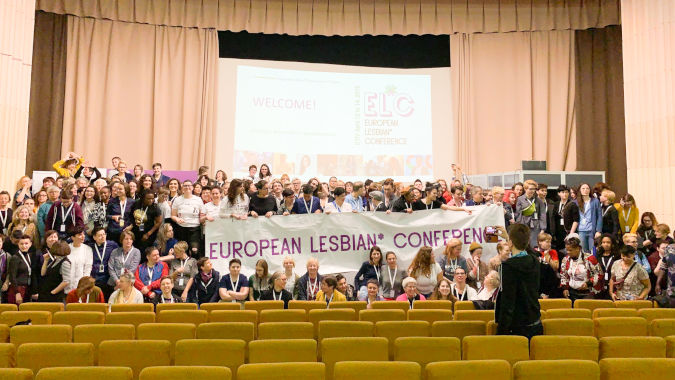 More than 350 lesbian activists gathered at the European and Central Asian Lesbian Conference (EL*C) in Kyiv, Ukraine’s capital, to call for more inclusive societies across the region and the protection of their human rights, without discrimination. To create a platform for solidarity by uniting diverse voices, participants launched the largest official network of advocacy and visibility for lesbians in the world.

“Lesbians in Europe and Ukraine are one of the most invisible and vulnerable groups, which suffers from stigma, sexual, domestic and reproductive violence and discrimination,” said Olena Shevchenko, EL*C Board member and Head of Ukrainian LGBTIQ NGO Insight, and added, “This conference is a huge step forward in terms of visibility, vocalizing the needs of lesbians and building a community in Ukraine, Europe and Central Asia.”

Monica Benicio, the keynote speaker from Brazil and the partner of Rio city councilor and LGBT activist Marielle Franco who was murdered in March 2018, said, “My lesbianism makes me a prime victim of violence and corrective rape.” She added,“There has been a 214% increase in lesbian feminicides, and not even the title of a Council Member has prevented my spouse from being targeted and murdered.”

The three-day conference that ran through 12 to 14 April set the foundation for building a strong, inclusive and representative lesbian movement in Europe. It served as a platform for the empowerment of diverse intersectional lesbian communities and open dialogue on their needs, struggles and achievements, including high-profile discussions on politics, safety, aspects of private lives, media coverage of lesbian issues, resources, art and sexuality. 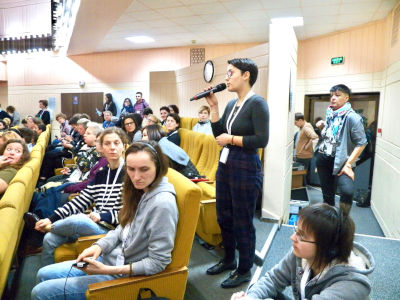 “It’s important to destabilize the heteronormative and binary gender system of the masculine man and feminine woman, which is at the core of the patriarchy, and which holds back the achievement of gender equality,” said Anastasia Divinskaya, Representative of UN Women Ukraine. She added that making this process inclusive of lesbians’ experience makes the overall women’s movement stronger in its fight against misogyny, patriarchy and any other forms of discrimination.

In the framework of the conference, UN Women Ukraine and LBTIQ NGO Insight presented a joint brochure, Human Rights of LBTIQ Women in Ukraine, that provides an overview of the UN human rights instruments, specifically focusing on the recommendations of the CEDAW Committee to Ukraine. The publication aims to support the civil society activists advocating for the integration of LGBTIQ rights into legislation and policies in Ukraine, and across the region.

During the conference, a survey on LBTIQ women in the region was conducted to reveal their experiences in areas such as health care, discrimination and political participation.

Related News
08/02/2022
In the words of Marharyta Meleshkova: “We can reach any height. The main thing is to overcome the stereotypical barriers that exist only in our heads”
03/12/2021
In the words of Valentyna Dobrydina: “I promised myself that I would defend the rights of people with disabilities”
19/11/2020
Yaroslava Kravchenko: A Ukrainian theatre director using the power of performance to take on gender-based violence
15/10/2020
In the words of Oksana Nikiforova: “Rural women has a strong will for change”
14/09/2020
Ukraine becomes a member of the Biarritz Partnership for Gender Equality
END_OF_DOCUMENT_TOKEN_TO_BE_REPLACED