10 myths about violence against women and girls

On the global level, one in three girls will be affected by violence during her lifetime. In the Republic of Moldova, according to the study “Violence against women in the family” (NBS, 2011), 6 out of 10 women faced psychological, physical or sexual violence from their husbands or partners.

And because violence is not only women’s issue, but of the entire society where this phenomenon exists, in 2019, UN Women Moldova aims to break the most common myths around violence against women. 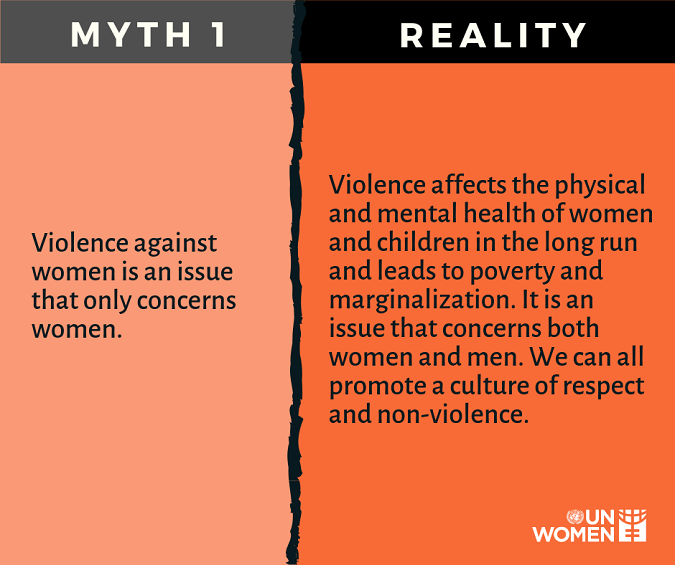 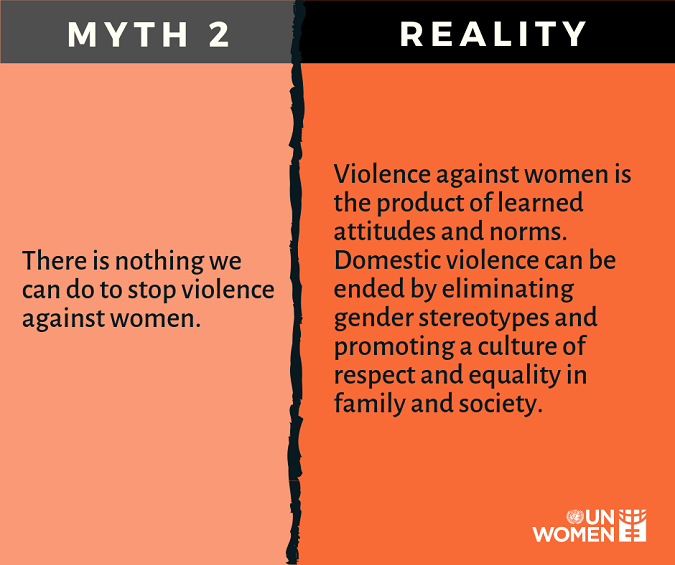 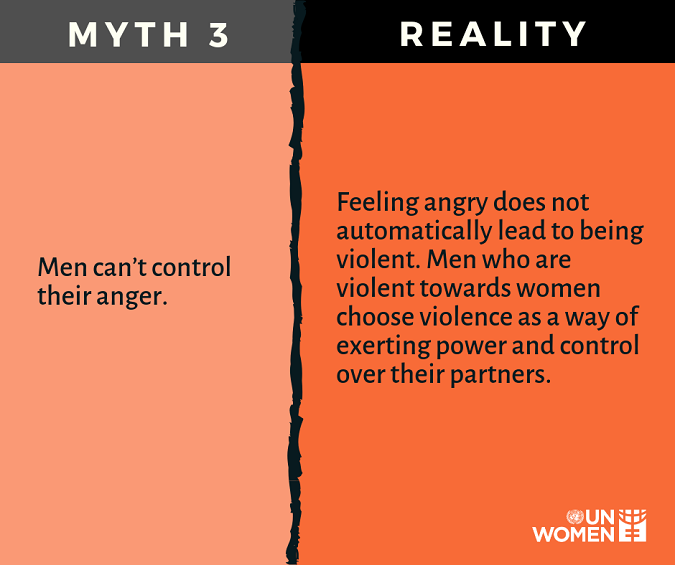 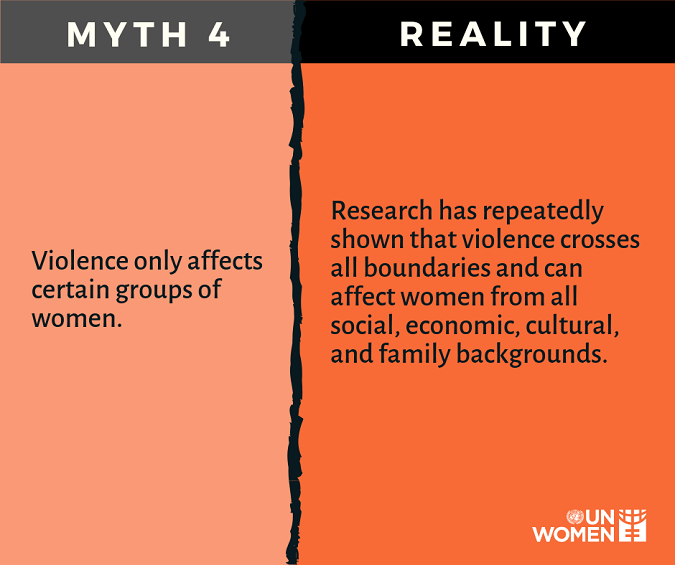 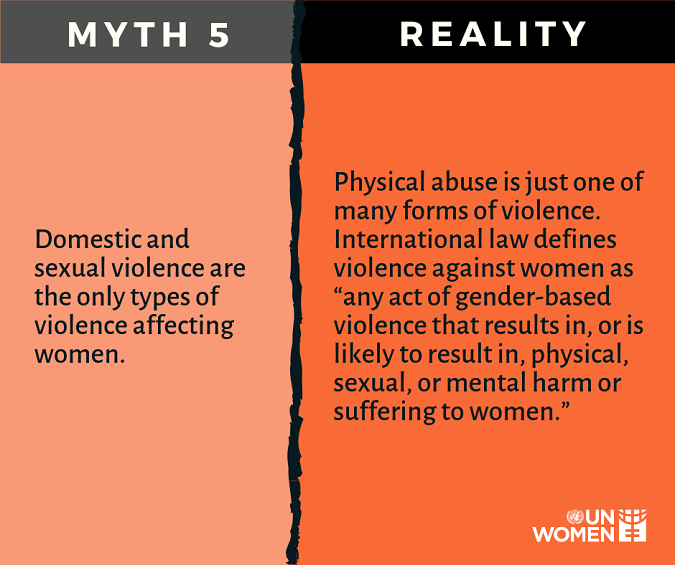 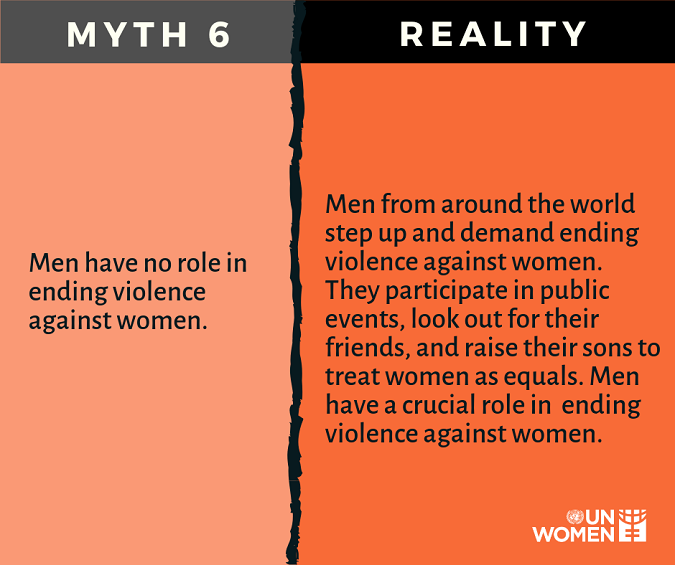 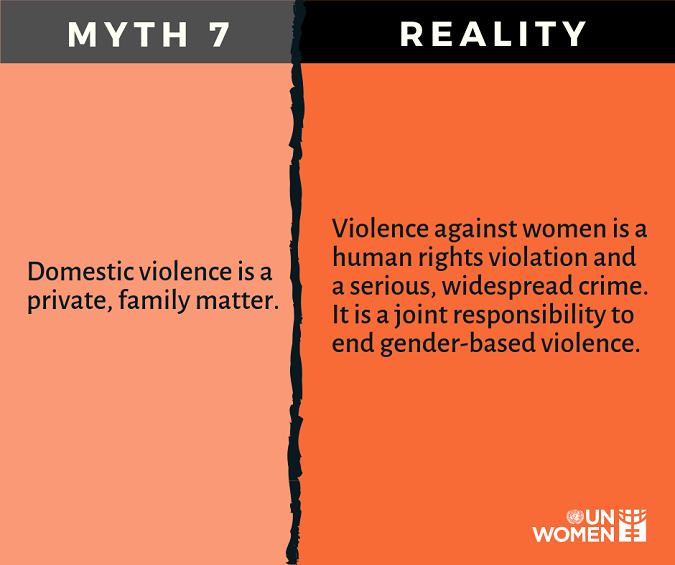 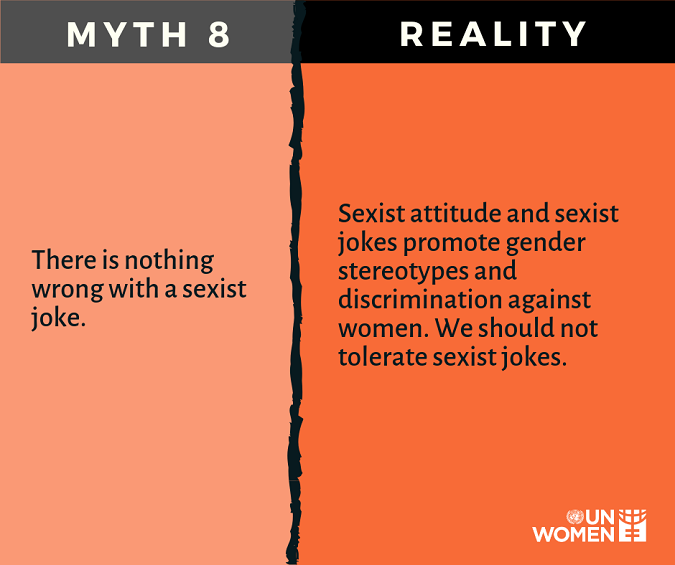 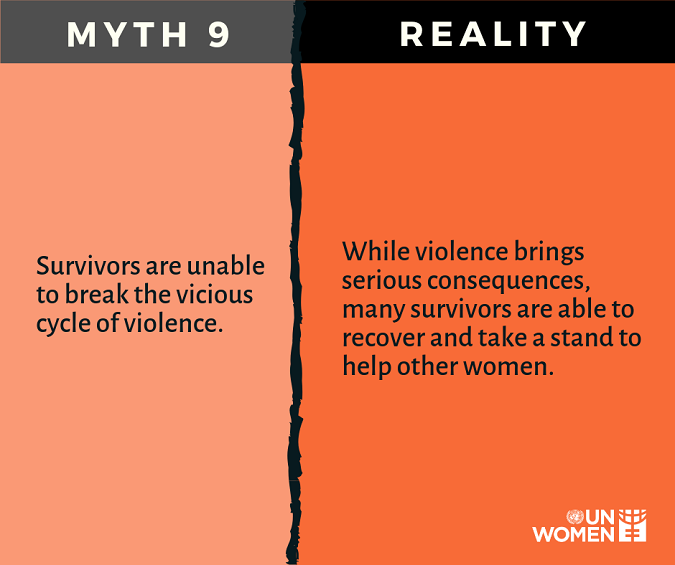 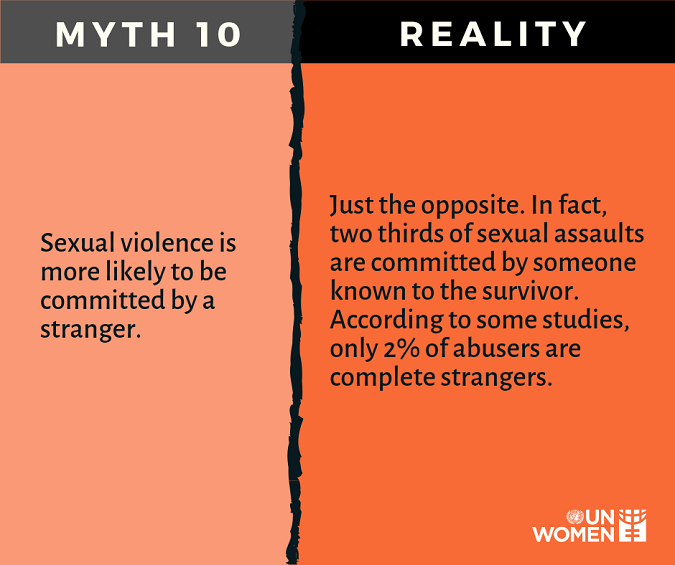 Related News
02/08/2022
Interview: “If rural women were sure that they would get protection from abusers, as well as legal and psychological support, they would be more encouraged to report violence”
20/06/2022
Call for Proposals: Support to improved performance and increased capacity among shelters for victims of gender-based violence
16/06/2022
Women with disabilities from Montenegro empowered to recognize and report violence against women
10/06/2022
Interview: “We need to strengthen understanding of the roots of femicide and design policies that specifically tackle them”
10/06/2022
Interview: “Data collection is essential for informing work to end violence against women”
END_OF_DOCUMENT_TOKEN_TO_BE_REPLACED