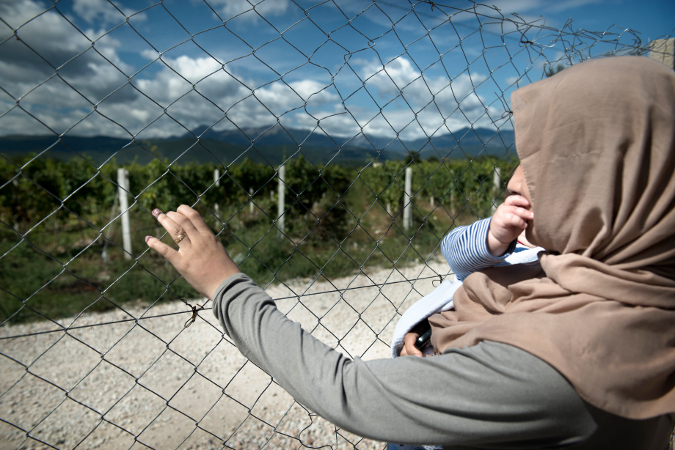 A woman refugee holds her son next to a fence in Vinojug Transit Centre in FYR Macedonia. Photo: UN Women/Ventura Formicone

A new report prepared by a team of international lawyers for UN Women finds that legal gaps in the European Union expose women survivors of gender-based persecution to the risk of being denied asylum.

The report illustrates cases of women being denied asylum in the EU even though they are survivors of honor crimes, forced marriage and trafficking. This is despite guidelines by the United Nations High Commissioner on Refugees (UNHCR) that call for international protection of victims of gender-related persecution and trafficking.

Compared to 2015, the number of people seeking asylum dropped slightly in 2016 to 1.2 million. However, in 2016 67% of all asylum applicants in the EU were men and only 32% were women. Last year more than double the number of men received refugee status in the EU compared with women*. 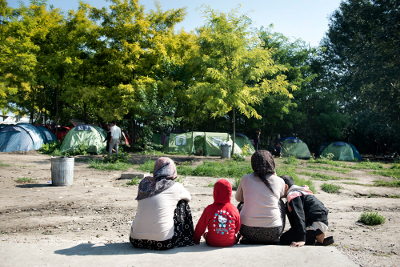 EU member states do not have a common asylum regime, and national judges are free to interpret national and international legislation differently across borders. The 1951 Refugee Convention which is the guiding document in the EU for asylum determination, says people are eligible for asylum when they face persecution based on race, religion, nationality, social grouping or political beliefs. Notably absent is any reference to gender.

This report is being published at a key time while debates on refugees and asylum are occurring across the EU. In April 2016, the European Commission called EU member states to harmonize their asylum processes and take into account women’s specific needs. In 2016, the European Parliament also underlined the need for new gender guidelines to inform refugee status determination.

A firmer legal and political commitment within the EU, and other major countries of asylum, to protect women who have survived gender-based persecution is needed. Today’s radical imbalance in the number of men and women gaining asylum in EU member states can be destabilizing to host countries and to refugees’ countries of origin. It is time for a more gender sensitive approach to asylum to reverse this trend and ensure that women that are at risk of some of the most vicious crimes can have their safety and dignity better protected. 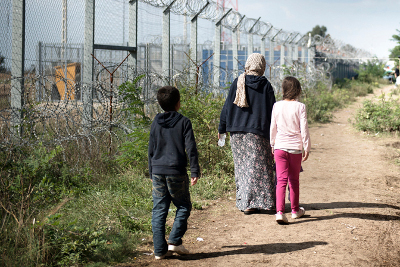 Refugees stay in an informal camp at the Kelebija border crossing waiting to be allowed to cross into Hungary. The mobile outreach team tries to identify the most vulnerable people: women travelling alone or with children. With support of UN Women, they try to provide assistance and counselling and make assessments regarding gender-based violence. Photo: UN Women/Ventura Formicone

Women do not only face legal problems when seeking asylum in the EU, but also lack of gender sensitive conditions in reception centers, insufficient access to psychological and trauma counseling, lack of reproductive and sexual healthcare, insufficient awareness of legal rights and administrative procedure, difficulty in giving evidence on gender based violence, and responsibility for children and the elderly.

The Council of Europe’s Istanbul Convention requires that states develop gender sensitive reception procedures, support services and asylum procedures. However not all EU member states have ratified the Convention yet and implementation is lagging.

UN Women, in partnership with Oxfam, provided support services to more than 5000 women migrants and refugees in two transit centres in the former Yugoslav Republic of Macedonia and Serbia. They now have better access to reproductive health services, access to empowerment activities, and have strengthened their personal resilience.

UN Women calls on its partners to support empowerment and protection services, as well as legal rights, for women fleeing violence of all kinds, in line with the 2016 New York Declaration for Refugees and Migrants.

Related News
19/09/2022
In the words of Anastasia Perepylytsia: "Women are half of the population, whose opinions and needs must be taken into account."
16/09/2022
Interview: “Always trust a woman who decides to report violence”
23/08/2022
On World Humanitarian Day, UN Women highlighted the crucial role of women involved in managing the humanitarian response
20/06/2022
In the words of Elena Biceva: “By taking care of ourselves, we can help even more”
17/06/2022
In the words of Larysa Denysenko, a Ukrainian legal expert: “Sexual violence is a tactic of intimidation, torture and humiliation”
END_OF_DOCUMENT_TOKEN_TO_BE_REPLACED