Situated in Rapa lui Visan, an important natural tourist spot in Moldova, Taraclia village put up with an unhealthy landfill – until Pelaghia Traci, a local councillor mentored by a UN Women-supported initiative, got her neighbours to act. 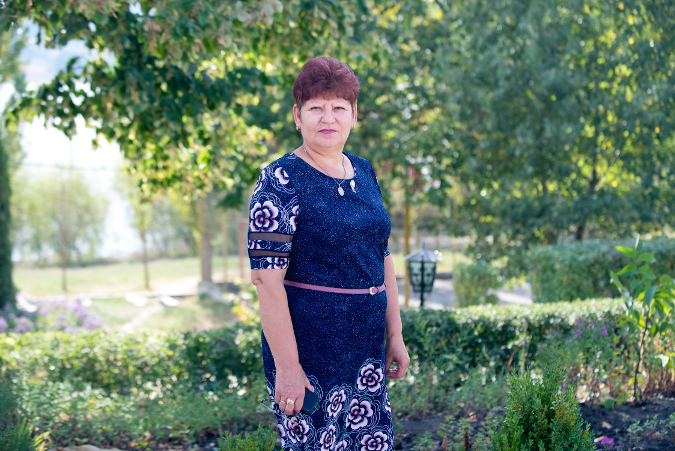 The woman councilor suggested Eco-Taraclia, a project that got the local community to clear out the mounds of garbage. Photo: UN “Women in politics” Programme/ Dorin Goian

A year ago, the 4,000 residents of Taraclia, a village 51 kilometres from Moldova’s capital Chișinău, suffered from a nearby illegal landfill’s health hazards, bad smells and unsightly views. Now, thanks to Pelaghia Traci, a local councillor mentored by a UN Women-supported programme, the landfill is gone, replaced by fresh air and a small forest of ash, locust and maple trees.

"The community had to act. This landfill near our homes was an ecological ticking bomb for human health," says Ms. Pelaghia Traci.

Although Taraclia is host to the protected Rapa lui Visan, one of Moldova’s most important natural tourist attractions and residents and the local council had long known and discussed the illegal landfill, little was done – until Pelaghia stepped in.

A first-term local councillor, Pelaghia developed problem-solving and community engagement skills after joining Inspir-o!, the UN Women-supported National Mentorship Program for Women Councillors. After several consultations with villagers, she suggested Eco-Taraclia, a project that got the local community to act jointly and clear out the mounds of garbage. People of all ages and occupations, from workers and entrepreneurs to youth and the elderly worked together, removed piles of garbage, which were transported a nearby legal landfill.

“We encouraged people to get together to act and proved that a lack of financial resources shouldn’t block solving the problem,” Pelaghia said. "We levelled and cleared two hectares of land and readied the fertile ground for tree planting. Two months later, a young forest of 2,000 healthy trees replaced that noxious landfill.” 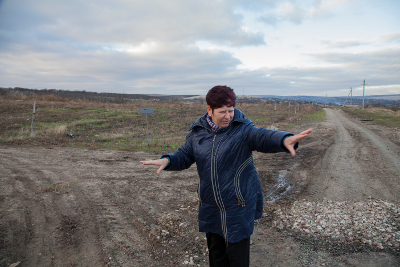 Thanks to Pelaghia Traci, a local councillor mentored by a UN Women-supported programme, the landfill is gone. Photo: UN Women Europe and Central Asia/ Rena Effendi

Pelaghia’s initiative also led Taraclia to develop waste disposal services for the community, and helped it regain its uniqueness. Community members are grateful – and have noticed how the forest has begun to improve their lives.

"Bad smells have disappeared from our village and people will be healthier," said village inhabitant Ms. Victoria Scorocârjă.

To date, Inspir-o! has helped women elected to local councils organize over 100 community activities and projects that have benefitted 25,500 people. Inspir-o! is run by the Center Partnership for Development under the Women in Politics (WiP) Programme, which works to enhance women’s political representation and increase women’s participation in Moldova politics and decision-making. Funded by the Swedish Government, Women in Politics (WiP) is jointly implemented by UN Women and UNDP with the non-governmental organizations East Europe Foundation and Center Partnership for Development.

To date, the National Mentorship Programme Inspir-o! has helped organise 94 community mobilization activities and 24 community projects implemented by women elected to local council. In all, 25,500 people – 12,800 women and 12,700 men – have benefitted from Inspir-o!’s activities.