Edirne Municipality wins prize for budgeting that makes a difference

The Marmara Municipalities Union awarded a prize to Edirne Municipality in the “Gold Ant for Municipal Work” competition in the category of Social Order and Services for its Gender Related Budgeting project, an initiative carried out with support from UN Women Turkey Office. 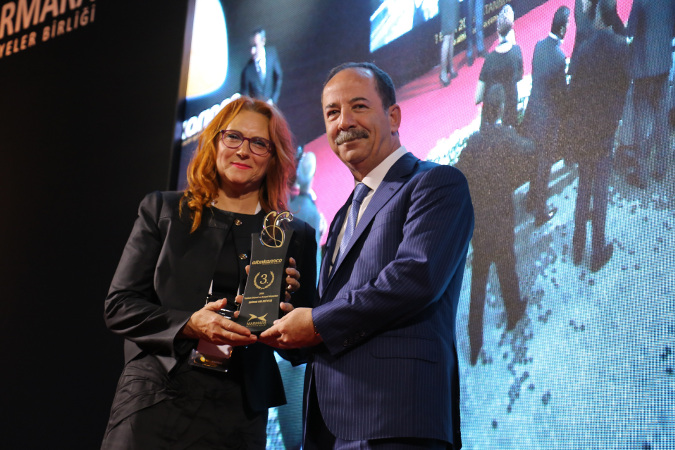 The Marmara Municipalities Union, a leading regional union of local authorities in Turkey, awarded the Municipality of Edirne third prize in the Gold Ant for Municipal Work competition for its achievements in gender budgeting. The Municipality’s attention to gender perspectives in its budgets and plans have opened up employment opportunities, new support centres and economic possibilities for women and girls.

UN Women Turkey Office has provided support and guidance to the Gender Related Budgeting initiative of Edirne Municipality through the UN Joint Programme for Promoting the Human Rights of Women. The Joint Programme was funded by the Sabanci Foundation, implemented by UN Women, UNDP and Sabanci University in close cooperation with Turkey’s Ministry of Interior, the Ministry of Education, the Ministry of Family and Social Policies, and the Union of Municipalities of Turkey.

UN Women has helped to increase the capacities of local administrations, women’s civil society organizations and women’s studies centres at universities in 11 provinces so they are better positioned to promote changes for gender equality. Its targeted capacity development work in Edirne Municipality and close monitoring by local women’s organizations resulted in concrete changes in the Municipality’s strategic plan, program and budget.

For example, employment procedures were reviewed with a gender equality perspective which led to the Municipal recruitment of female bus drivers in the public transportation system. In addition, the Municipality established a Women’s Consultancy and Support Centre earlier this year that provides health, psychological and legal support to women and girl. A similar Özgecan Women’s Facility Centre was created in Kıyık which is one of the most disadvantaged part of the city.

Additionally, the Municipality now provides free market space for rural women to sell their products, thereby boosting economic empowerment of rural women in Edirne. In addition, the Municipality established a Gender Related Budgeting monitoring group to ensure implementation of the gender equality commitments in its Strategic Plan. The monitors include representatives of the Municipality, CSOs and universities.