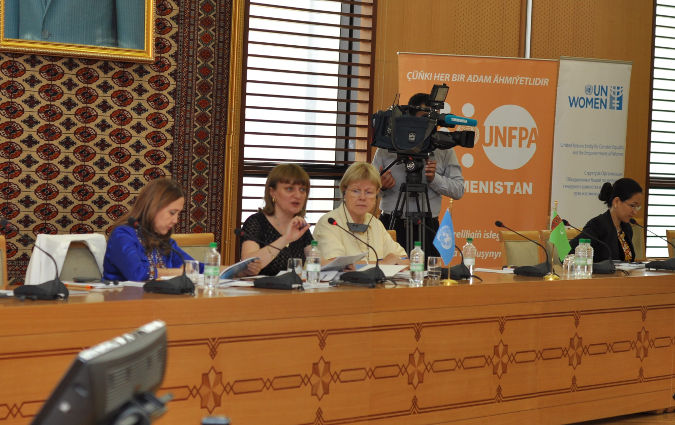 At a coordinating meeting to implement the National Action Plan (NAP) on Gender Equality in Turkmenistan, national stakeholders and UN agency representatives agreed on a coordinating ministry and identified key activities and specific sub-actions to be taken through to the end of 2017. 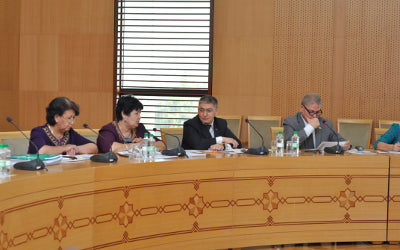 Its objectives include promoting women’s equal access to quality education, health care and the labour market, and strengthening the country’s national capacity to report, monitor and implement the Convention on the Elimination of all Forms of Discrimination against Women (CEDAW) and Turkmenistan’s other human rights obligations relating to gender equality.

“This is Turkmenistan’s first National Action Plan on Gender Equality in, so its successful implementation is very important,” said Ms. Natia Cherkezishvili, UN Women Programme Advisor. “Gender equality and human rights issues relate to all. It’s time for a detailed roadmap to implement the NAP targets, using indicators that will measure the advancement of gender equality.”

Funded by state and local budgets, the Plan’s 15 targets and 60 activities include: 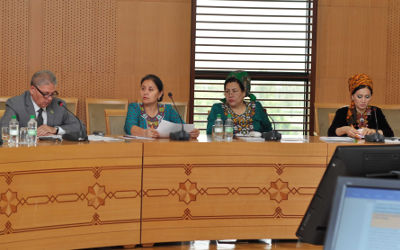 Hosted by Turkmenistan’s Ministry of Foreign Affairs, the meeting was held 20 July 2016 in Ashgabat, the country’s capital, and led by the National Institute on Democracy and Human Rights with technical support from UN Women, UNFPA and other UN agencies.

Other attendees included members of the Working Group of Interagency Commission on Turkmenistan and representatives from Mejlis, the country’s National Assembly, the Ministries of Foreign Affairs, Education and Internal Affairs, the State Statistics Committee, the Institute of Democracy and Human Rights, the Women's Union, the Magtymguly Youth Organization, and the National Red Crescent Society.

Participants reviewed the substantial work already done to realize the NAP on Gender Equality including awareness raising training in line ministries, legislative analysis and recommendations, studies of international legislative practices in domestic violence, and educating the public on gender equality.

The National Action Plan’s implementation will be in line with the UN’s Sustainable Development Goals (SDGs), which will guide development to 2030.

In April, UN Women in Turkmenistan organized an SDGs consultation with representatives of 13 national Turkmenistan ministries and agencies. Participants stressed the importance of allocating public funds for gender equality and women’s empowerment and proposed studying gender-based budgeting. One of the first initiatives of UN Women and its collaboration with Turkmenistan’s government and other agencies, the SDGs consultation discussed nine proposed targets to SDG 5, which aims to “achieve gender equality and empower all women and girls”.