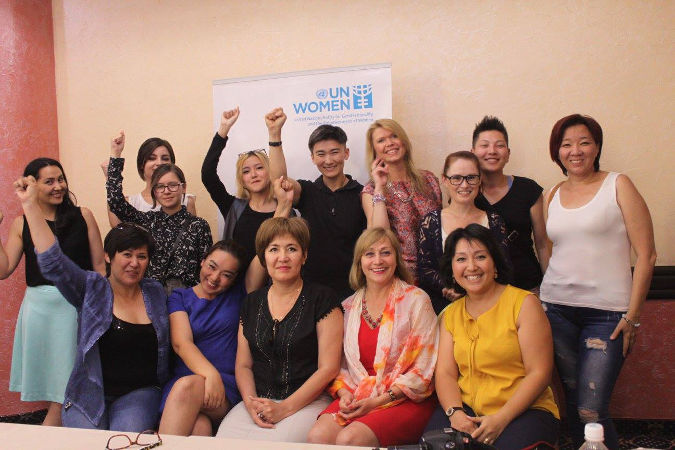 At a UN Women workshop 8-10 August, women’s rights and gender activists agreed to work together to combat sexual violence in Kazakhstan.

Organized by UN Women MCO Kazakhstan in response to the Немолчиkz (Don’t Keep Silent) Facebook campaign, a national movement to combat sexual violence, the meeting brought together gender and women’s rights activists from across Kazakhstan, with many meeting for the first time.

The campaign began when Dina Smailova, a well-known Kazakh producer, joined with the Union of Crisis Centers of Kazakhstan to tell how she was sexually assaulted by a group of classmates at a wedding 25 years ago. Ms Smailova and the Union then started an online flash mob that called on other women to reveal their stories. 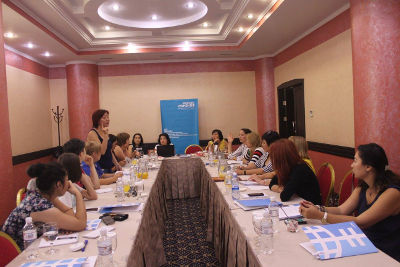 Ms. Dina Smailova, the founder and leader of the Nemochi.kz national movement against sexual violence told her own story. Photo: Galina Petriashvili

"When I was twenty, I was raped by a group of classmates after our friend's wedding. It was terrible and cruel. Afterwards, my mother didn’t even try to listen to me. Instead she said I’d shamed the family and rented an apartment for me on the city's outskirts. I kept this secret for more than 25 years. I want to help other women to speak out and change attitudes towards this problem, because we are not the ones to be ashamed, our attackers should be ashamed and pprosecuted," said Ms. Smailova.

The Don’t Be Silent campaign revealed the magnitude of non-reported cases of sexual violence in Kazakhstan, the need to address social stereotypes, the lack of state medical care for survivors and inadequate response by law-enforcement.

Thousands wrote Dina to tell their stories, of how they were sexually assaulted when teens or in childhood but never spoke about it. Dina organized calls with psychologists and started working with survivors of violence, which turned into a national movement against sexual violence.

Participating activists were positive about the UN Women workshop, the contacts they made – and inspired afterwards. 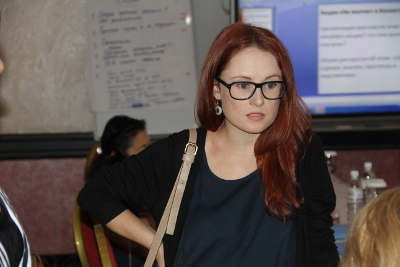 “This workshop has opened new opportunities for me. I'm leaving inspired,” said Lyubov Chubukova, of the Central Asian Association of People Living with HIV, while Zhanar Sekerbayeva, of Feminita, said: “We will do everything possible to stop sexual violence against women – and men – in Kazakhstan.”

Aruna Alimtaeva, of KazFem, said: “I enjoyed the fiery debates and made a lot of useful contacts with fantastic women. There is a need to discuss sensitive subjects like sexual and domestic violence, harassment, double standards, and turning a blind eye to the problem.”

Alter identifying the pressing problems faced by women in Kazakhstan, participants from a broad range of local NGOs and activists discussed media coverage of gender issues and began preparing communications strategies for actions, campaigns and movements, with an emphasis on the Don’t Keep Silent Facebook campaign that left Dina Smailova deeply moved: “The UN Women training has turned my world upside down. I now have an immense sense of pride in the civic heroism of Kazakh women and for our future!”

Related News
17/08/2017
From where I stand: “We are not the ones to be shamed! Our attackers should be ashamed and prosecuted!”
25/08/2016
Stopping sexual violence impunity in Kazakhstan
22/12/2021
Diplomatic missions urge the people of Kazakhstan to end gender-based violence
15/11/2021
Take Five: “It was my job to scream for the victims!”
12/11/2021
Call for Proposals to support the establishment of a regional funding mechanism for the Central Asia women’s movement.
END_OF_DOCUMENT_TOKEN_TO_BE_REPLACED