SDG 16: Promote peaceful and inclusive societies for sustainable development, provide access to justice for all and build effective, accountable and inclusive institutions at all levels 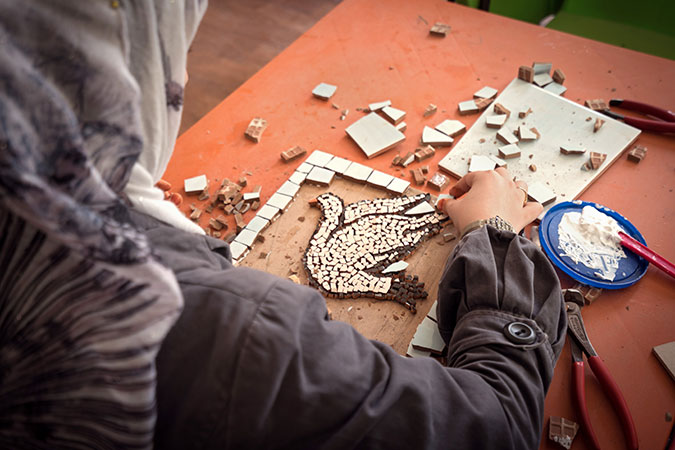 All women need to be able to turn to fair, effective institutions to access justice and essential services. Without these, instability and injustice spread, and discrimination is perpetuated. In both developing and developed countries, however, a variety of institutions continue to fail women and girls, especially through impunity for gender-based violence. 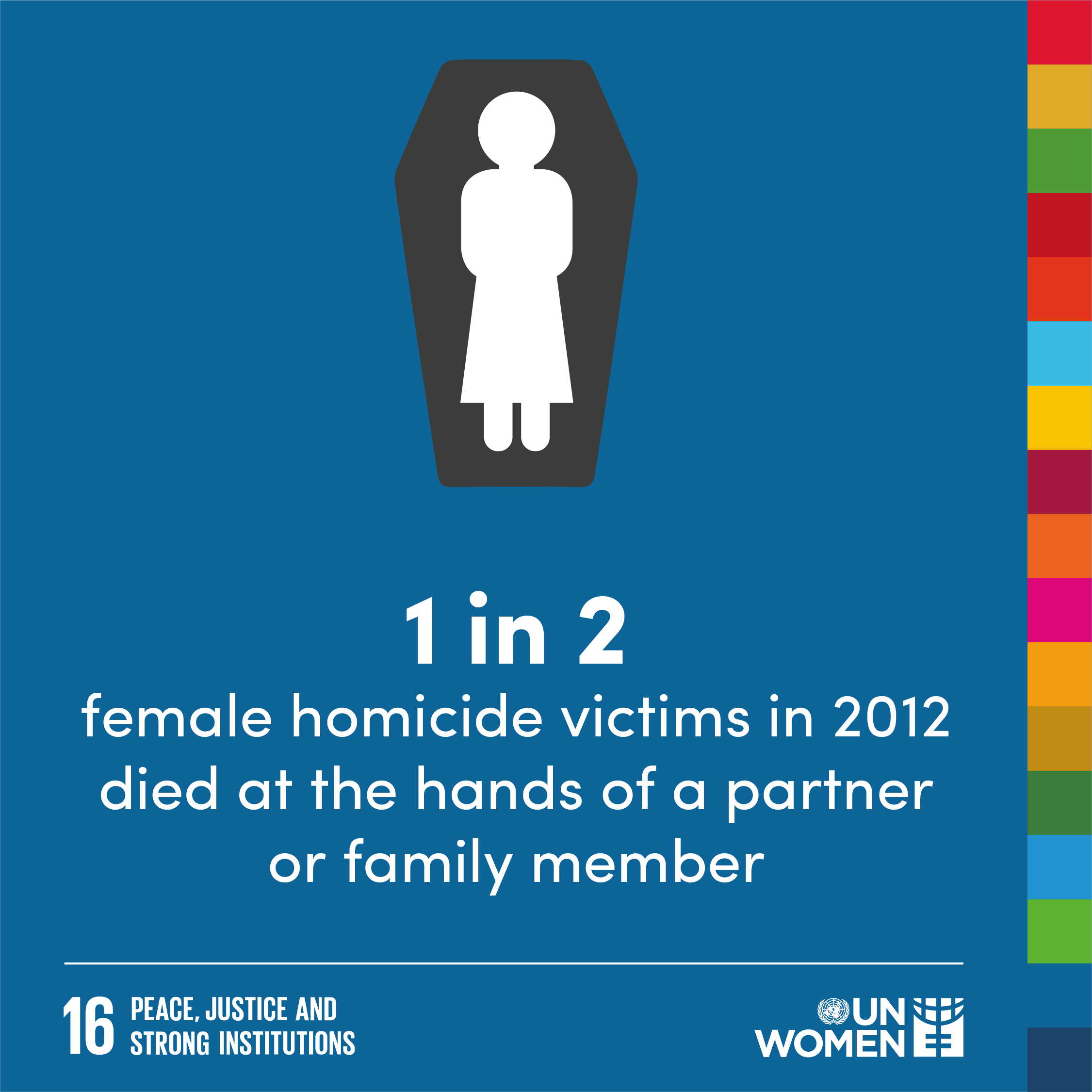 This denies the reality that almost half of all women victims of intentional homicide in 2012 died at the hands of an intimate partner or family member.

Where conflict strikes, men are more likely to die on battlefields, but a disproportionate share of women will be targeted for sexual violence, among other violations, and homicide rates among women typically rise. In Central and Southern Asia, Kyrgyzstan has one of the highest intentional female homicides per 100,000 population, as of 2010. In Europe and Northern America, the Russian Federation has an intentional female homicide rate of 7.3 per 100,000 population – the highest in the region. Even though the gender dimensions of conflict are increasingly well documented, along with women’s wide-ranging contributions to peace processes, women remain poorly represented in formal mechanisms for negotiating and sustaining peace.

More broadly, whether in global, regional or national governance, women tend to be underrepresented in the governance of institutions. This is discriminatory, but it also entrenches gender disparities, during times of war and peace, as women’s voices go unheard in decision-making.

UN Women advances peace and inclusion by backing the engagement of women in all aspects of peace processes. In all country contexts, we support women to lead, participate in and benefit equally from governance systems. Programmes assist with the gender-responsive reform of justice and security institutions, the introduction and implementation of laws against violence against women, and the provision of public services that fully meet women’s needs. 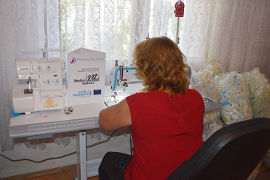 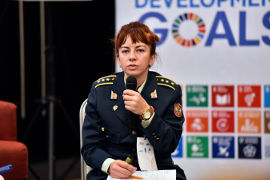 In the words of Sanja Pejović: “Applying a gender perspective contributes to the success of military operations”
Captain Sanja Pejović is the highest-ranking woman officer in the Armed Forces of Montenegro (AF MNE). Captain Pejović was the first woman officer to serve in AF MNE. She serves as a regional gender trainer, training military personnel from all over the world, and has actively participated in regional and international projects on the inclusion of gender perspectives in security sector reform. Captain Pejović speaks about the crucial role that women can play in finding solutions to new security threats, risks and challenges. 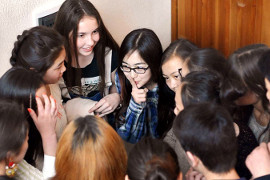 In Kyrgyzstan, youth are at the forefront of building peaceful communities
A UN Women supported programme in Kyrgyzstan has empowered 15,000 young people to prevent violence, promote gender equality and build tolerance of diversity in their communities. The initiatives are teaching about respectful relationships and livelihood skills to young people in remote villages.