Key contributors to global economies, rural women play a critical role in both developed and developing nations — they enhance agricultural and rural development, improve food security and can help reduce poverty levels in their communities. In some parts of the world, women represent 70 per cent of the agricultural workforce, comprising 43 per cent of agricultural workers worldwide. 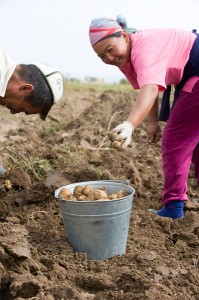 Estimates reveal that if women had the same access to productive resources as men, they could increase yields on their farms by 20-30 per cent, lifting 100-150 million out of hunger. (Photo: UN Women/David Snyder)

Gender inequality and limited access to credit, healthcare and education, however, have posed a number of challenges for rural women. Further, the global food and economic crisis and climate change have only aggravated the situation. It is estimated, for instance, that 60 per cent of chronically hungry people are women and girls. Yet, the Food and Agriculture Organization estimates reveal that productivity gains from ensuring equal access to fertilizers, seeds and tools for women could reduce the number of hungry people by between 100 million and 150 million.

In accordance with its multi-year programme of work for 2010-2014, the priority theme of the Commission on the Status of Women (CSW) during its fifty-sixth session in 2012 is “the empowerment of rural women and their role in poverty and hunger eradication, development and current challenges. In order to contribute to a fuller understanding of the issue and to assist the Commission in its deliberations, UN Women, in collaboration with the Food and Agriculture Organization (FAO), the International Fund for Agricultural Development (IFAD) and the World Food Programme (WFP), convened an Expert Group Meeting in Accra, Ghana, from 20-23 September, to explore a wide range of strategies that could enhance the economic empowerment of rural women. 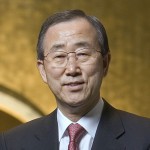 “This year's International Day of Rural Women falls at a time of heightened awareness of the important contribution women are making to social progress.[...] I call on all partners to recognize the contribution of rural women to our world, and to help them do even more for our shared future. Read more » 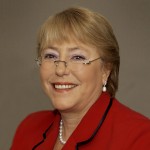 “This year's International Day of Rural Women should remind us of the huge contributions that rural women make to social and economic progress and in the fight against poverty, hunger, and malnutrition. Today as nations struggle with food security, it is time, more so than ever, to empower rural women.[...] Prioritizing women is not a choice. It is a necessity. Read more »

“I don't think anyone here will argue with me when I say that food security must be a 21st century priority. Today more than 900 million people are hungry; that's nearly one in seven people worldwide. And due to rising food prices, more and more people are falling into extreme poverty. The famine and unfolding events in the Horn of Africa present a stark and tragic reminder of the need for food security. And the television commercials for food banks in the United States remind us that hunger is not limited to one part of the world, it affects all countries. Read more »

It's the century of the tablets and androids. But nearly 50 percent of the world population live in rural areas, and they have very limited access to what the other half considers a basic necessity to work, learn or manage social relations: the computer. The digital divide faced by developing countries is closely linked to poverty, illiteracy and language barriers. The gap widens even further when we measure women's access to these technologies of information and communication technologies (ICTs). The UN General Assembly Resolution 58/146 of 2004 recognized the need to bring ICTs to rural women as ICTs is a quick way to bring women into leadership positions in their communities and help reduce inequality. Read more »

As she treads along the recently constructed road that connects the Panchayat office to her kuchcha village house in a harijan'basti (marginalized community), her gait is evident of her newfound confidence. Meet Badam Devi, the a Sarpanch (village head) from Lahora in the Tonk district of Rajasthan, India. Read more »

Heads turn in awe and respect as Sarpanch (Village Head) Rajkala Devi walks inside the Panchayat (local village body) office to lead a meeting attended by a large assembly of women from the Hingwada Gram Panchayat in Alwar district of Rajasthan, India. Rajkala might never have been to a management school, but she manages the needs of the villagers with the ease of a veteran. Read more »

UN Women, in collaboration with the Food and Agriculture Organization (FAO), the International Fund for Agricultural Development (IFAD) and the World Food Programme (WFP), convened an Expert Group Meeting on “Enabling rural women's economic empowerment: institutions, opportunities and participation from 20-23 September 2011 in Accra, Ghana. The Expert Group Meeting was held in order to contribute to a fuller understanding of rural women's contributions and challenges and to assist the Commission on the Status of Women (CSW) in its deliberations during its fifty-sixth session in 2012.

The Expert Group Meeting explored a wide range of strategies that can enhance the economic empowerment of rural women, focusing on the following critical areas:

In some parts of the world it's as rare as gold — and getting a hold of some, nearly impossible. To one of Colombia's largest indigenous groups, Wayuu, that gold is fresh water. Soon their water will be siphoned from Wayuu lands through new pipes to a nearby town, where the population is not indigenous. As struggles for ethnic rights, such as access to water, are recreated across the country, the community deals with an additional strain on their resources — climate change. Due to a changing climate, water has become even scarcer, leaving the community without a wet season for up to two years at times — before they would at least get this yearly. This documentary tracks one extraordinary woman fighting for her community's very survival.

During an event on empowering rural women and food security — co-hosted by the World Food Programme (WFP), the UN Entity for Gender Equality and the Empowerment of Women (UN Women), the Government of Bangladesh and the Netherlands Mission to the United Nations — Executive Director of UN Women Michelle Bachelet stresses the importance of this topic.

To download the link to the webcast archive of the celebration of the World Food Day 2011 at the Food and Agricultural Organization in Rome Italy, please click here.

A Day in the Life of a Rural Woman Milk Collector

UN Women beneficiary Galima Muhametarimovna milks her cows each morning in her village in Kyrgyzstan's Kemin district, contributing the milk to a local Milk Collection Center, which records how much she provides. When the milk, stored in tanks purchased through a UN Women Project grant, is collected each week by a large dairy distributor in Bishkek, she and the other contributing farmers are paid. The income from the milk is an important boost to her family food security, and has been bolstered greatly since the community used a grant through the UN Women Project to buy cooler tanks for a local milk collection station. Before UN Women provided a grant in 2009, Muhametarimovna earned between 5 to 7 Soms (11 to 15 US cents) per liter of milk. She now earns 13 Soms (29 US cents) per liter. See her day in action in the photo slideshow below.

Check out UN Women's latest updates on Facebook and, while you are there, test your knowledge on rural women by taking our mini-quizzes! Visit UN Women on Facebook »