My generation, your generation, let’s talk gender! A unique new podcast from UN Women’s Europe and Central Asia office connects gender equality activists from across generations and all walks of life. 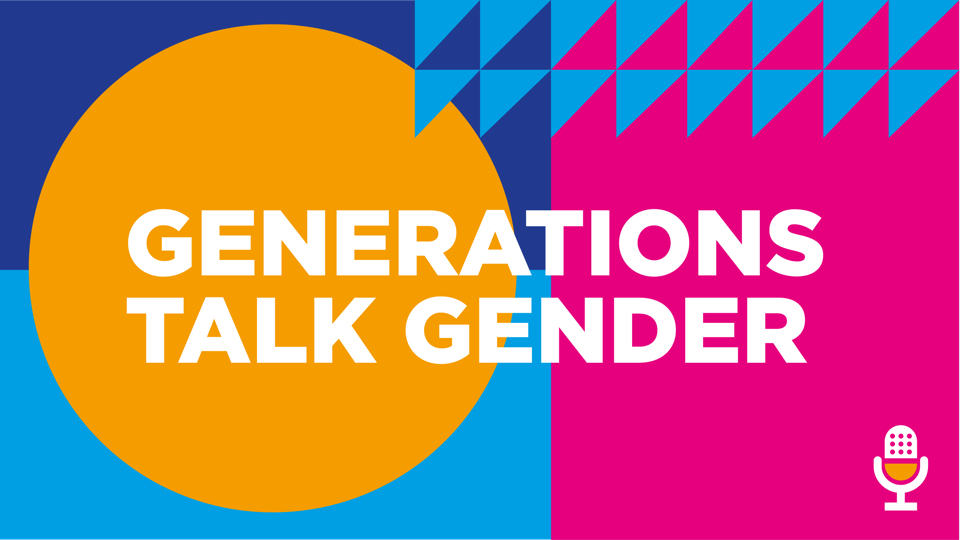 My generation, your generation, let’s talk gender! A unique new podcast from UN Women’s Europe and Central Asia office connects gender equality activists from across generations and all walks of life. Generations Talk Gender thoughtfully explores issues of common concern for women and girls, all of which lead to one goal: gender equality, everywhere. The series is part of UN Women’s global Generation Equality campaign marking 25 years since the 1995 Beijing Declaration and Platform for Action. As the most visionary global agenda ever on the rights of women and girls, the Platform has prompted much in the way of change. Still, big gaps remain. What do we do next? Activists in the series delve into issues old and new, with an eye on persuasive activism and high-impact actions leading all the way to gender equality. The series will continue until the global Generation Equality Forum slated to take place in 2021 in France and Mexico. The views and opinions expressed in this series are those of the speakers and do not necessarily represent the views of UN Women, the United Nations or any of its affiliated organizations. 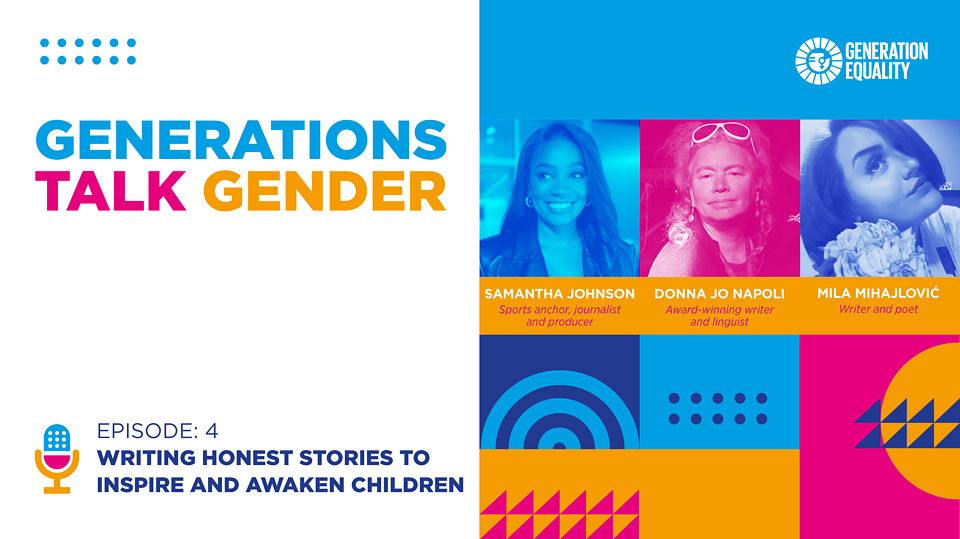 In this episode, we speak with two of the writers behind the new Awake Not Sleeping collection of 28 fairy tales that were rewritten to bring women’s and girls' rights and agency to life: Donna Jo Napoli, a seasoned and award-winning author with more than 80 published books and Mila Mihailovic, a young writer and feminist activist from Kosovo. They discuss the role of empowering stories in helping children overcome adversity and in shaping their life paths. They also discuss the importance of honesty and purpose in children's literature. 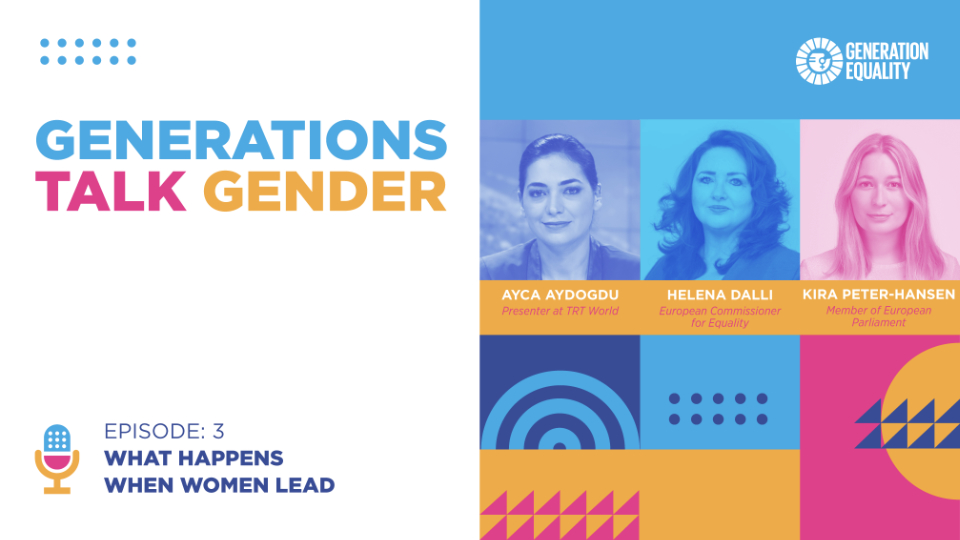 European Commissioner for Equality Helena Dalli and youngest-ever Member of European Parliament Kira Peter-Hansen offer their insights into women’s role in leadership and tell their personal stories of perseverance. Hosted by Ayca Aydogdu, Presenter at TRT World, the discussion dives into how diversity in leadership can help achieve an equal future.

Listen to "What happens when women lead" on Spreaker. 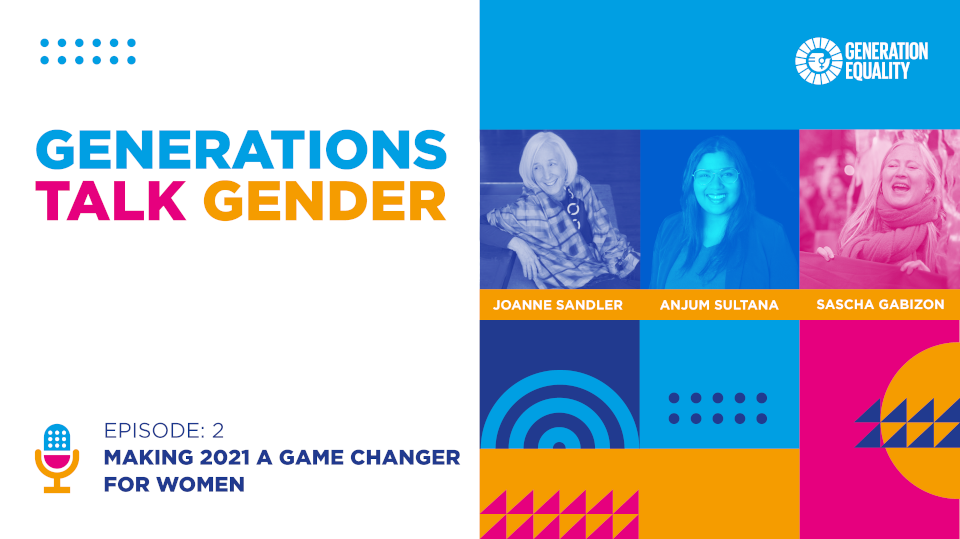 In this episode, prominent women’s rights activists look back at 2020 and forward to 2021, exploring new pathways for women's rights. Joanne Sandler, a senior associate of Gender at Work, interviews Anjum Sultana, national director of Public Policy and Strategic Communications at the YWCA Canada, and Sascha Gabizon, international director of Women Engage for a Common Future (WECF).

Listen to "Making 2021 a game changer for women" on Spreaker.

First episode: Women’s plea for a world free of violence 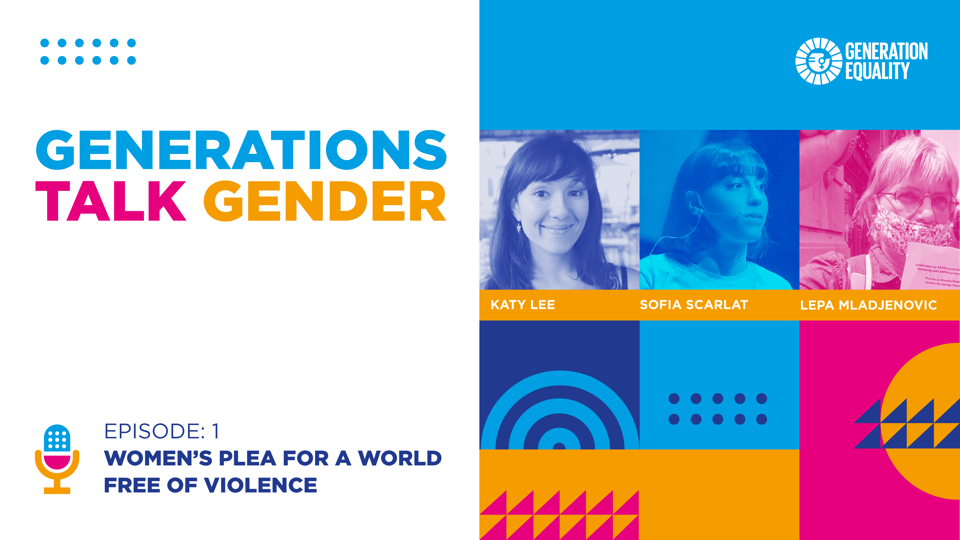 The first episode of the podcast kicks off during the global 16 days of activism against gender-based violence. Around the world, 1 in 3 women experience physical or sexual violence in their lifetime. This crisis has only worsened during COVID-19, becoming a “shadow pandemic”. Journalist Katy Lee interviews two dynamic activists leading the way to Generation Equality. Sofia Scarlat is an 18-year-old activist and founder of Girl Up Romania, her country's first ever gender equality organization for teenagers. Lepa Mladjenović is a long-time feminist activist in Serbia. Having co-founded the SOS Helpline for women survivors of violence in Belgrade, she now counsels women experiencing trauma from sexual violence and lesbophobia. Read the transcript of the episode here.

Listen to "Women’s plea for a world free of violence" on Spreaker.