When the shutter sound becomes the voice of women: Light the Dark photography workshops and exhibitions 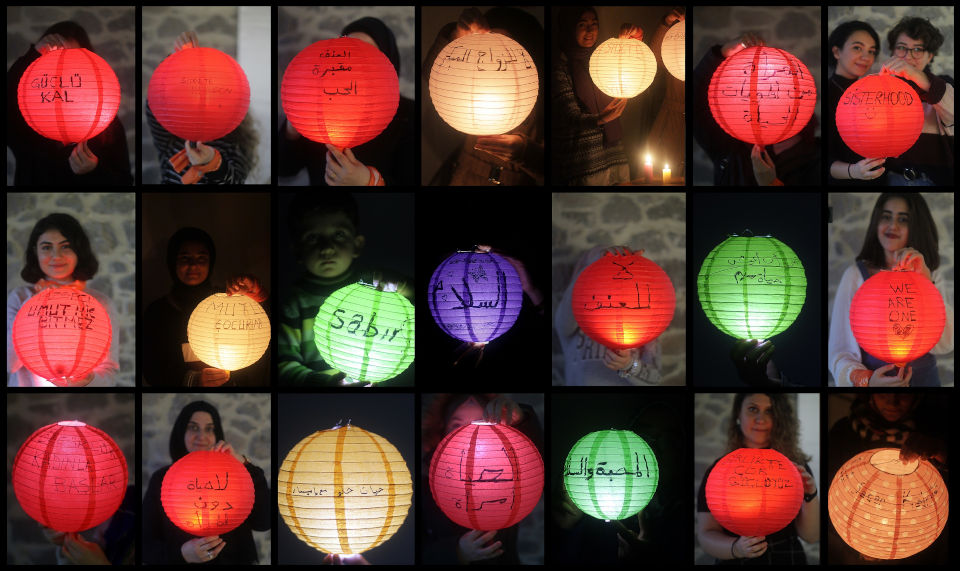 At the exhibition around 77 photos taken by Turkish and Syrian women have been exhibited. Photo: UN Women/Workshop participants

Four university students from Colombia and Palestine met with more than 100 Turkish and Syrian women in four different cities across Turkey to enable women to shine through Light the Dark photography workshops. At the workshops, language barriers were overcome through the common language of photography. The sound of the shutter became the voice of women in Gaziantep, Şanlıurfa, Mardin, and İzmir. Even though it was the very first experience of holding a camera for many, hundreds of photos were taken and 77 were chosen to be exhibited.

Vanesa Suárez, Camila Rivera and Camilo Parra from Colombia and Abd El Kader Abd El Halim from Palestine brought their experiences and cultures to the workshops. Studying at Anadolu University at the Faculty of Communications Sciences in Turkey, the students created a space for inter-generational and inter-cultural learning, where different types of photo-making techniques were practiced by women. 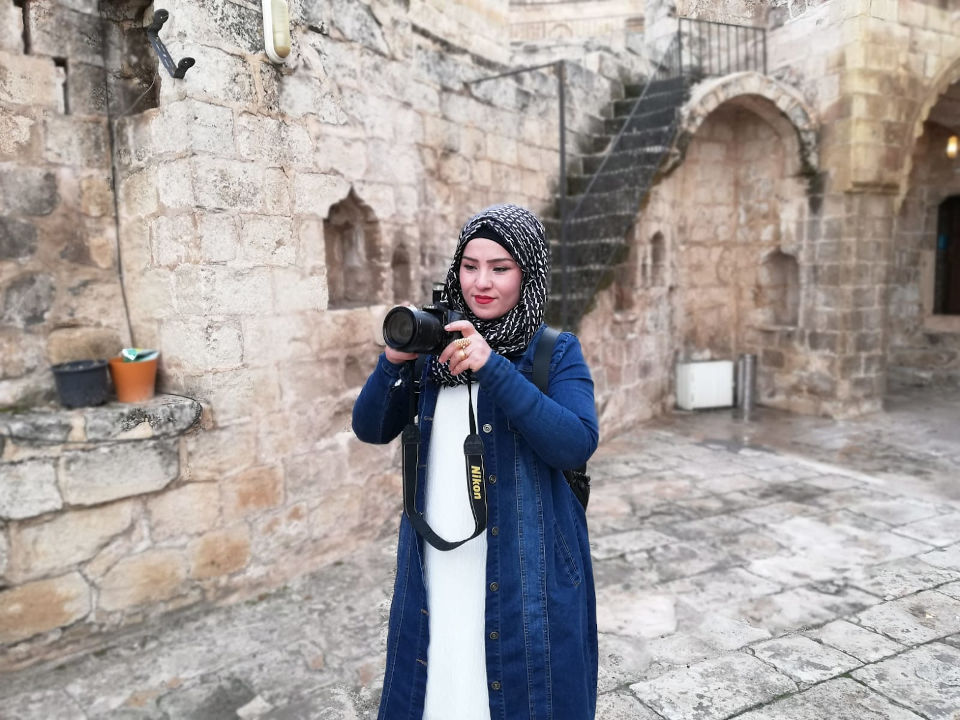 Workshops enabled women to express themselves and convey their messages through photography. Photo: UN Women/Tayfun Yilmaz

Conducted in the first week of December 2019, the Light the Dark photography workshops provided a free space for Turkish and Syrian women to interact and try photography as a new source of expression. The innovative events were part of the United Nation’s 16 Days of Activism Ending Violence Against Women Campaign.

One of the workshop leaders, Camila Rivera, describes the events as self-empowering for all. “We came to Turkey from a country located at the other end of the world. Throughout the workshops we opened our windows for many Turkish and Syrian women as they did for us. We taught them the photography techniques and they taught us how to write words in Turkish and Arabic. Together we became stronger,” she said.

Camila’s counterpart, Vanesa Suárez, believes the workshops have helped her understand what unites women across cultures and generations. “While they took pictures, wrote messages on lanterns with the longing to be heard, while they posed in front of a sunset they were showing their desire to build a better future, an equal one. Even though we come from different countries and are different ages, we share a common demand, which is an equal future for all of us.” 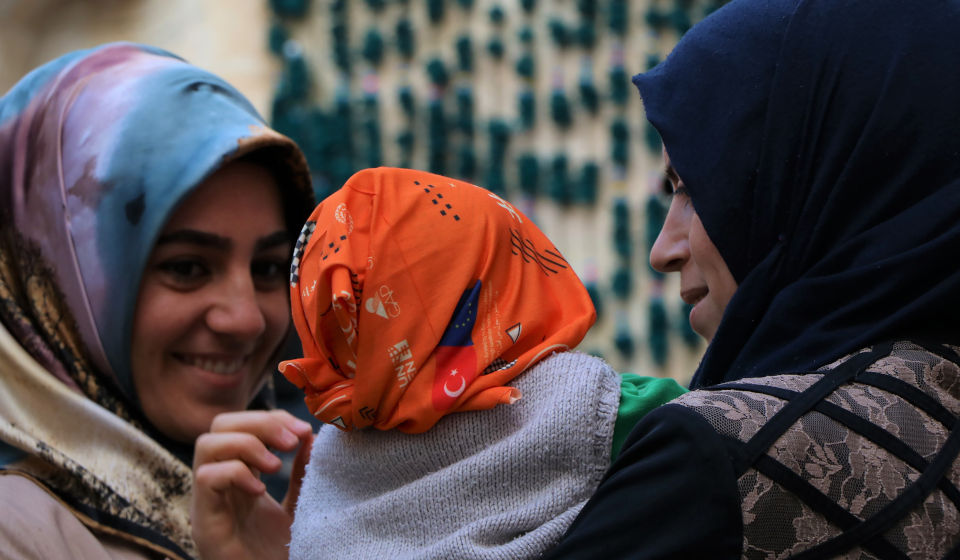 The first exhibition opened in Gaziantep, Southeast Turkey. The photos on display were taken by women who used a camera to express themselves for the first time. This special opening hosted project partners, the media, public and the women who participated in the workshops. During her opening remarks Programme Management Specialist, Zeynep Aydemir Koyuncu, highlighted the uniting power of photography and how the workshops have brought women from different generations together. “Twenty-five years have passed since the Beijing Declaration and Platform for Action, the most visionary agenda for gender equality and women’s empowerment. This year we commemorate it with our campaign ‘Generation Equality’. As we witnessed at this exhibition, the common aim of women from different generations, cultures, languages and geographies is an equal future. Therefore, the common action of generations plays a significant role in achieving gender equality.”

Mardin, Emine Savaş (19) participated in one of the workshops and during the opening said: “The workshop widened my world. Currently I am studying for the university entry exams. Meeting foreign students studying in Turkey, inspired me to one day study in another country. As this exhibition did, the workshop has brought Turkish and Syrian Women together. We all are different ages, from different backgrounds, but our demand is the same - gender equality.” 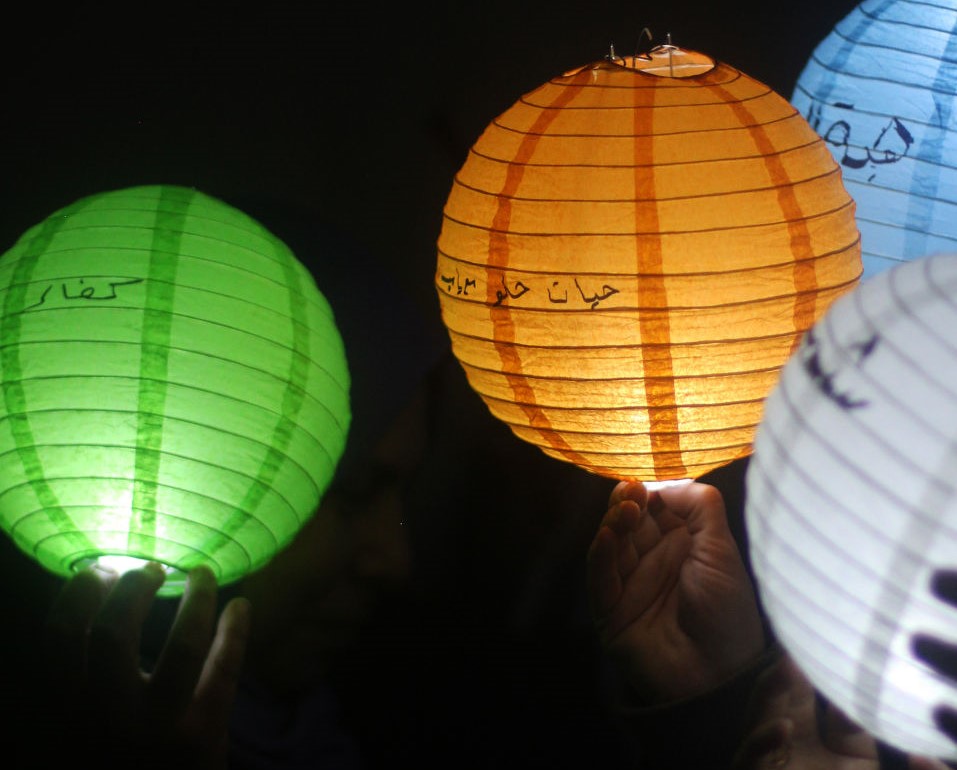 At the workshops women wrote their messages on lanterns and let them shine by using candles. Photo: UN Women/Vanesa Suarez

The workshops and exhibitions are funded by the European Union and the Government of Japan, through two UN Women-led projects – the Strengthening the Resilience of Syrian Women and Girls and Host Communities and the Social and Economic Stabilization of Refugee Women and Adolescent Girls in Turkey initiatives. The workshops and exhibitions are conducted in partnership with The Southeastern Anatolia Project (GAP) Regional Development Administration, Gaziantep Metropolitan Municipality, Association for Solidarity with Asylum Seekers and Migrants, RET International and Refugee Support Center.