Photo Essay: The story of Delal, an eight years journey from Syria to Turkey

Escaping from the war in Syria, Delal Şubek moved to Turkey eight years ago together with her husband and five children. We met Delal at the UN Women`s SADA Women’s Empowerment and Solidarity Center in Gaziantep in the southeast of Turkey, where she was taking vocational training. Together with Delal, we took a back-in-time journey to explore her eight years in Gaziantep-Turkey. 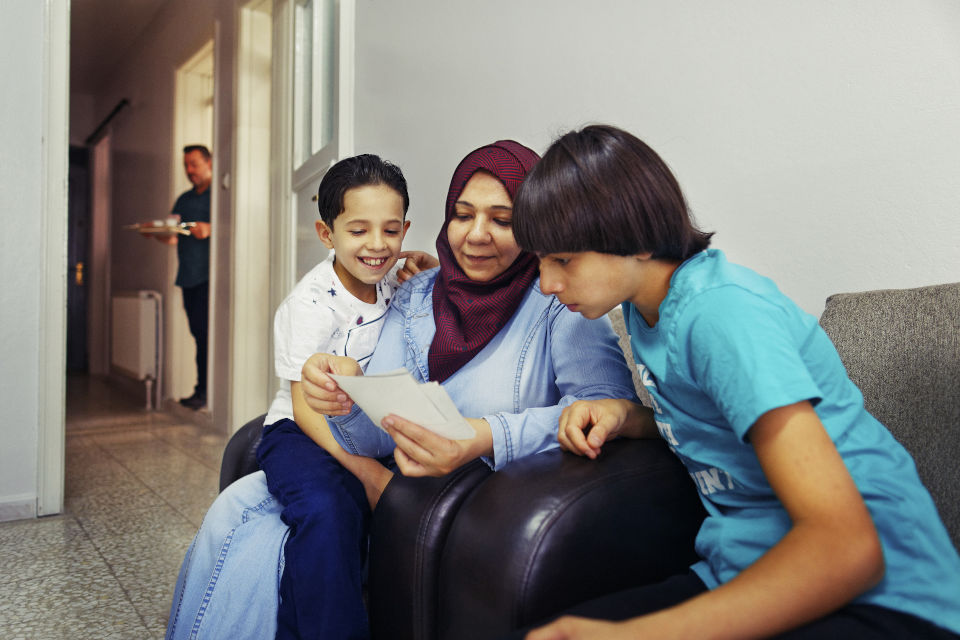 Delal is looking at family photos from Aleppo together with two of her children, Yemin on her left, Muhammed Emin on her right. Yemin smiles, even though he doesn’t remember anything from their life in Syria. Photo: UN Women/Tayfun Dalkılıç

It has been years since Delal and her family came to Turkey, escaping the war in Syria. She had to leave her loved ones back in Syria, including her mother, siblings, and her closest friends. Her youngest son Yemin was only 20 months old when they came to Turkey. “Even though he doesn’t remember anything, he cheers up when we talk about our life back in Aleppo,” says Delal.

Delal lives with her husband Velid, her daughters Hale (20), Sehid (19), and her sons Muhammed Emin (13), Yemin (8), Halil (18). Migrating to Turkey from Syria was very challenging for Delal and her family. They were very worried when they first came to Turkey since they were in a new society and had no idea about Turkey`s traditions and culture. 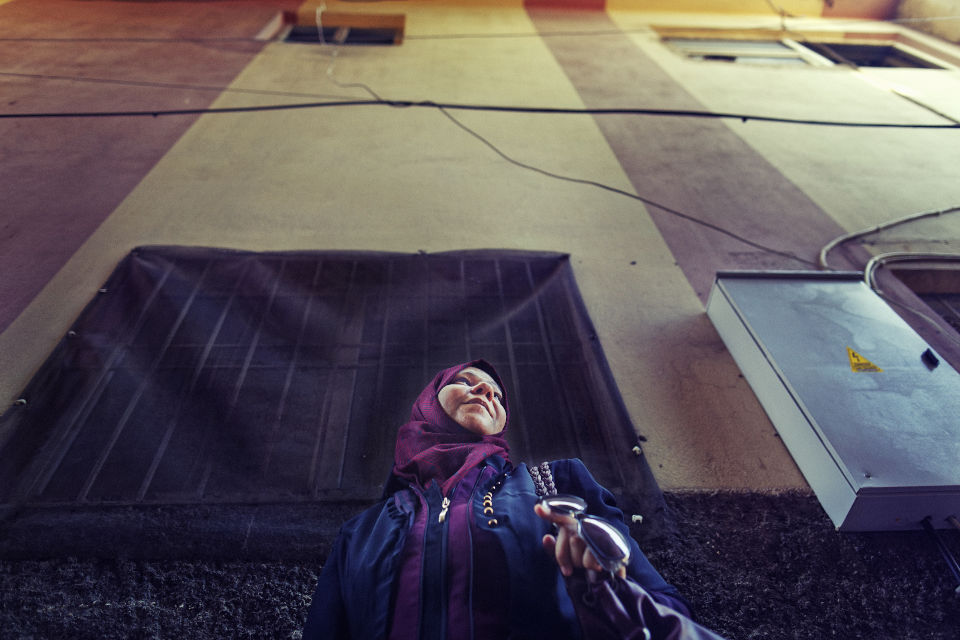 Delal pays a visit to her first apartment in Turkey aiming to greet her landlord and friend, Meryem. Although Meryem wasn’t there, Delal is happy to see the place where her first memories happened. Photo: UN Women/Tayfun Dalkılıç

On the way to the first house where they lived in Gaziantep, Delal recalled her relationship with the house owner, Meryem, who was her best friend here and who helped her a lot: “At first, she kept her distance from us a bit. She had to get used to her Syrian tenants. But, day-by-day we became closer. When she saw that we had nothing to furnish our flat with, she went from door-to-door asking for help for us. Every morning my doorbell rang, and someone brought something for our home.” Delal couldn’t find Meryem once we reached there. She wasn’t at home.

Although she was visiting the neighborhood for the first time after five years, Delal’s memories came to life. “I will never forget her support. I liked Turkey thanks to her friendship,” says Delal. 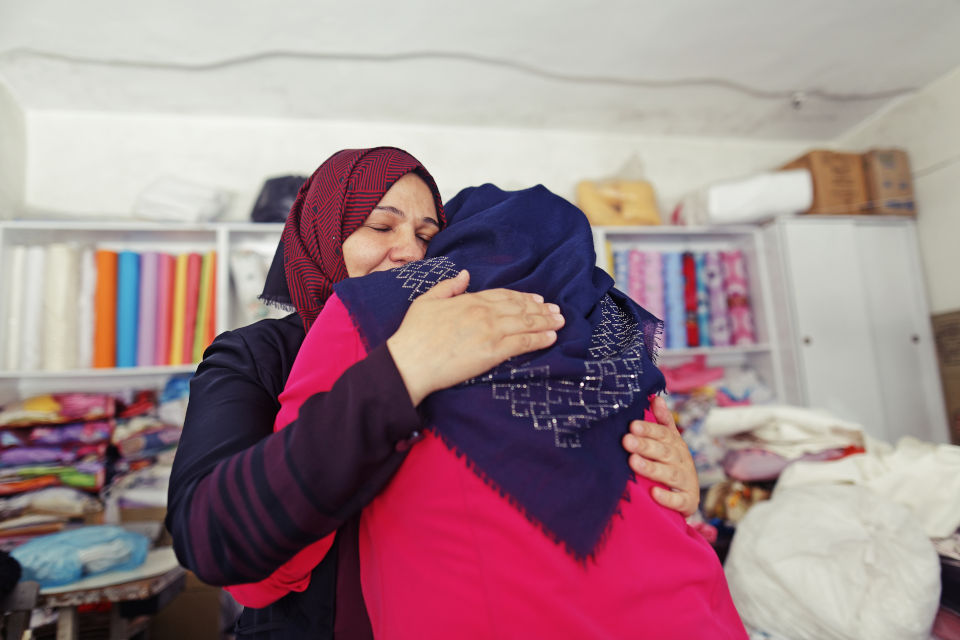 Delal says that Turkey became her new home thanks to her close friends. She is at her first workplace, hugging her Turkish friend. Photo: UN Women/Tayfun Dalkılıç

Following Delal’s memories, we visited her first workplace where one of her closest friends is employed. “Today, I visited a close friend of mine. She helped me a lot when I first came to Turkey. Hugging her, remembering our memories reminded me of the power of our friendship. I will never forget this workshop, where my friend gave me a job, supported and guided me when I came to Turkey,” recalls Delal.

Delal explains that at the very beginning people were prejudice against her and her family. But once they got to know each other, they saw that their prejudices did not reflect the truth. “You have to communicate. Once you talk, you get closer and begin to understand each other. That is what we also do at the SADA Center,” she says. 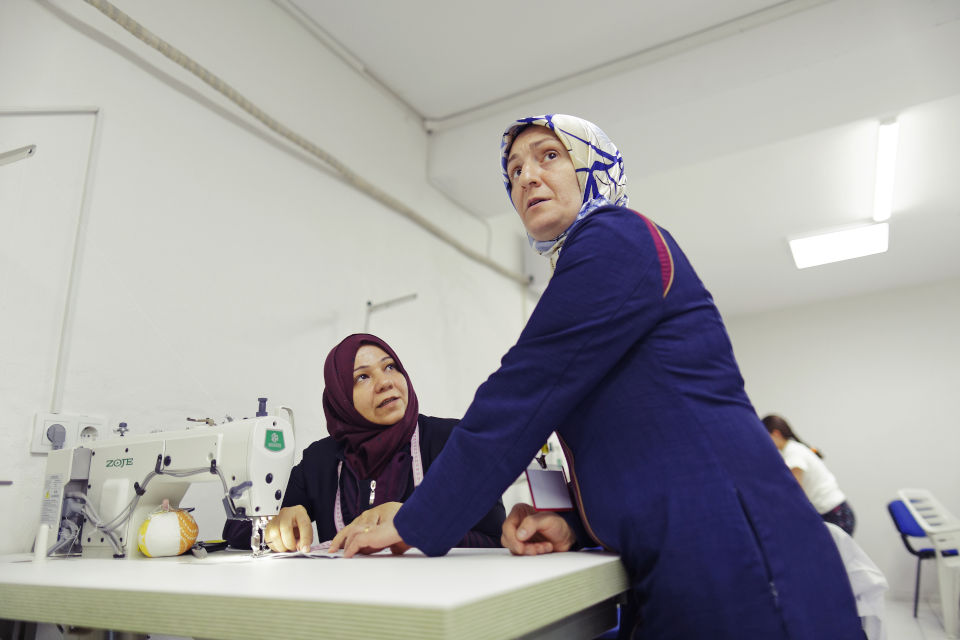 Delal joins vocational training course at the SADA Women’s Empowerment and Solidarity Center. Here, she learns and produces together with her Turkish, Syrian and Afghan friends. Photo: UN Women/Tayfun Dalkılıç 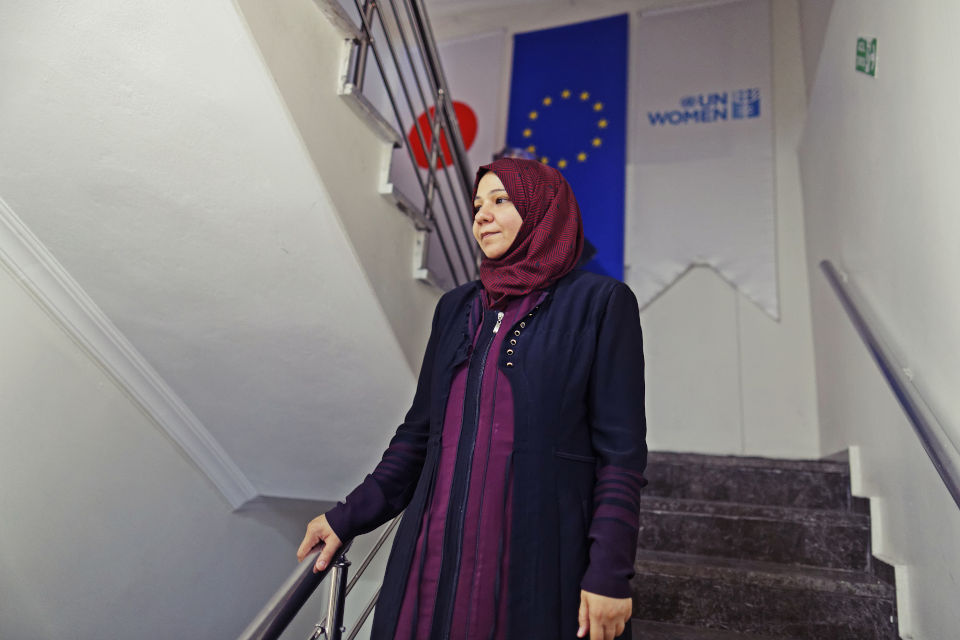 At the SADA Center Delal made Turkish and Syrian friends, improved her skills and was empowered by the support she has received. Photo: UN Women/Tayfun Dalkılıç

“More than that, at the SADA Center, we felt empowered and improved our skills thanks to the vocational training courses provided. Later, we began to produce items. Now, the Cooperative enables us to sell,” says Delal.

The SADA Women’s Cooperative provides a space for Delal and 49 other Syrian, Turkish and Afghan women to produce shoes, bags, home textiles, and foods and generate income. The Cooperative has also been chosen as one of the most successful 100 initiatives at the Paris Peace Forum - a global platform for projects with a positive impact. 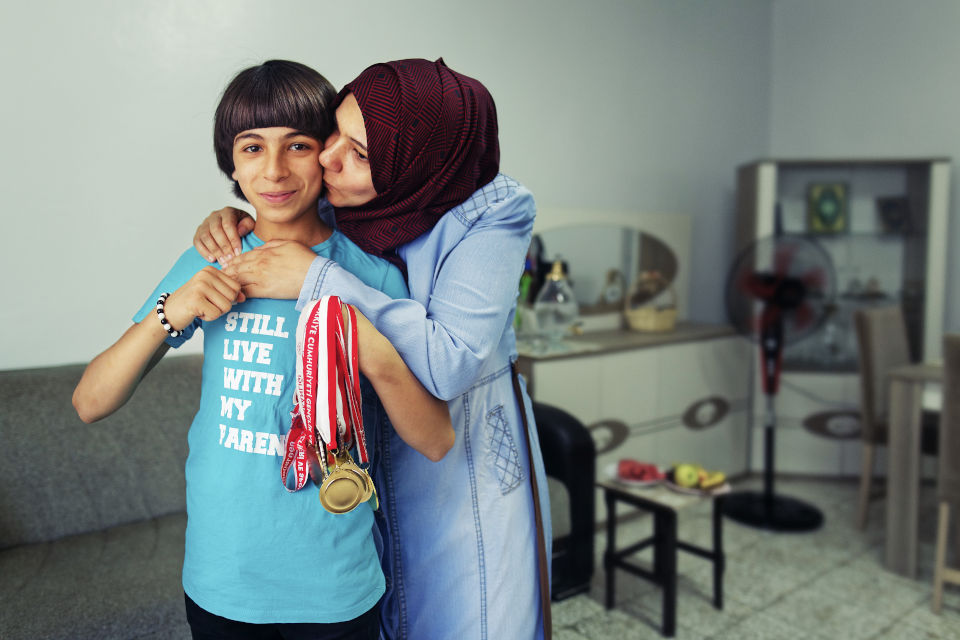 One of Delal’s children, Muhammed Emin holds medals he earned at different Kung fu competitions in Turkey and Syria. All her children are fluent in Turkish and well-integrated into the society. Photo: UN Women/Tayfun Dalkılıç

All Delal’s children speak fluent Turkish and one of them, Muhammed Emin attends Kung fu competitions. He has medals from the competitions he participated in 3 different cities in Turkey and one back from Syria. “When I look at the eight years I left behind, I take a deep breath and say I can do it!”. It is not easy to start from scratch and build a new life out of ashes. Today, visiting my first home and my first workplace made me think how strong we have to stand against the winds that blow at us,” says Delal.

“The friendships that I gained in Gaziantep and the support I received at SADA made Turkey my home,” concludes Delal.

**The SADA Women’s Empowerment and Solidarity Center is run by UN Women in partnership with Gaziantep Metropolitan Municipality, Association for Solidarity with Asylum Seekers and Migrants and International Labor Organization under the project entitled: Strengthening the Resilience of Syrian Women and Girls and Host Communities in Turkey, funded by the European Union and Government of Japan.