Infographics - Gaps in Response to Violence Against Women and Girls

Violence and discrimination against women and girls is one of the most prevalent human rights violations across the Western Balkan countries and Turkey, as is the case around the globe. UN Women, in partnership with the Council of Europe, conducted a multi-country study in 2015 to map support services for women and girls subjected to violence in Albania, Bosnia and Herzegovina, the former Yugoslav Republic of Macedonia, Serbia and Turkey. The study revelated that despite the adoption of legislation to advance gender equality and combat violence against women and girls, strong patriarchal structures, unequal power relations between women and men, and the lack of political will of governments remain major obstacles to the full implementation of legislation. The information on the Infographics are drawn from the multi-country study. 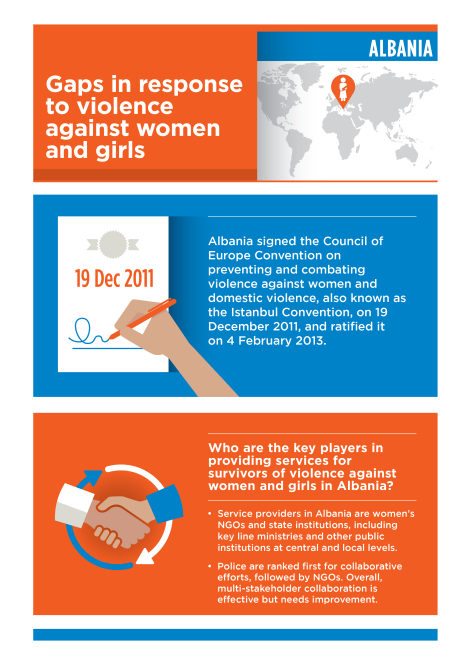 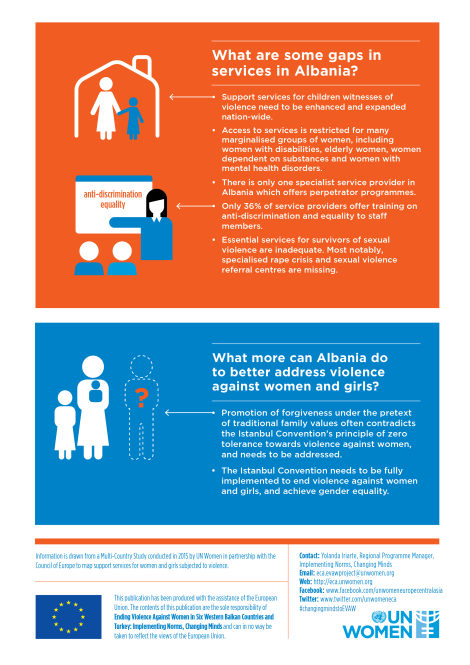 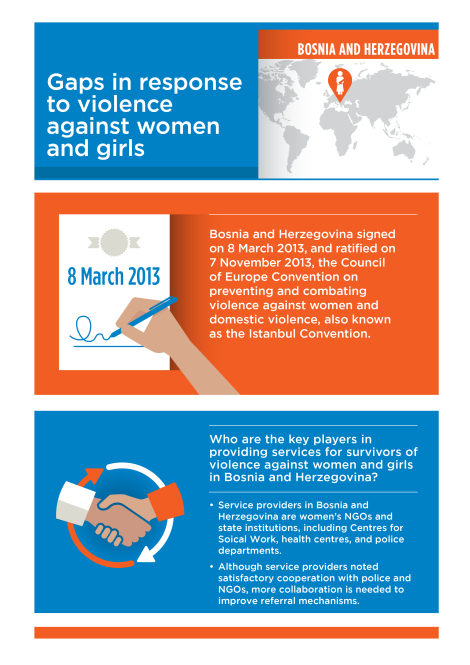 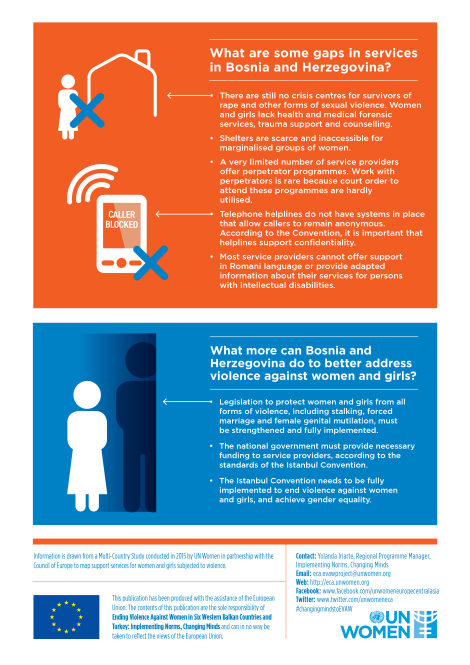 The former Yugoslav Republic of Macedonia 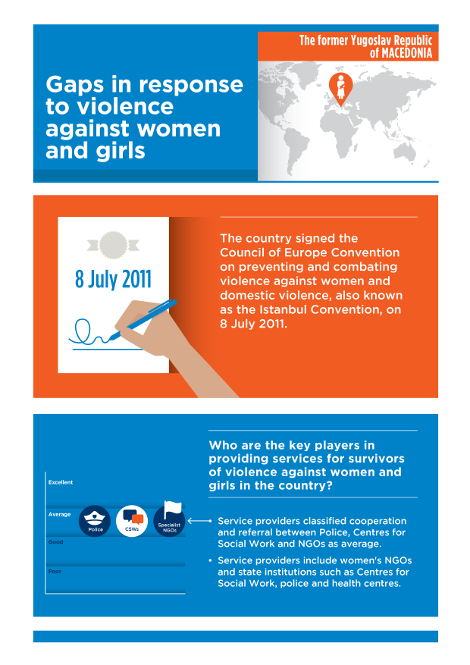 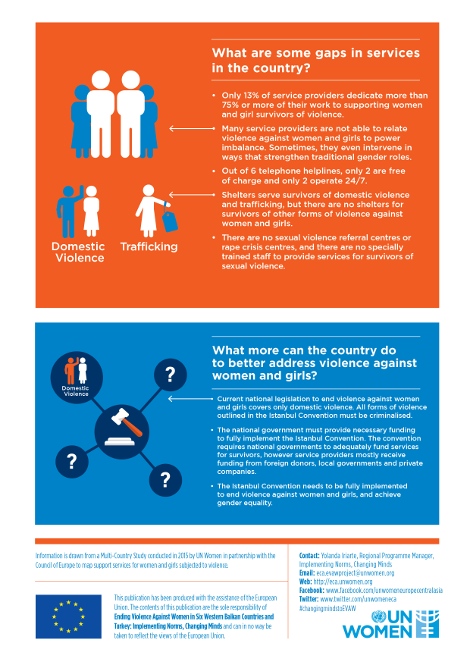 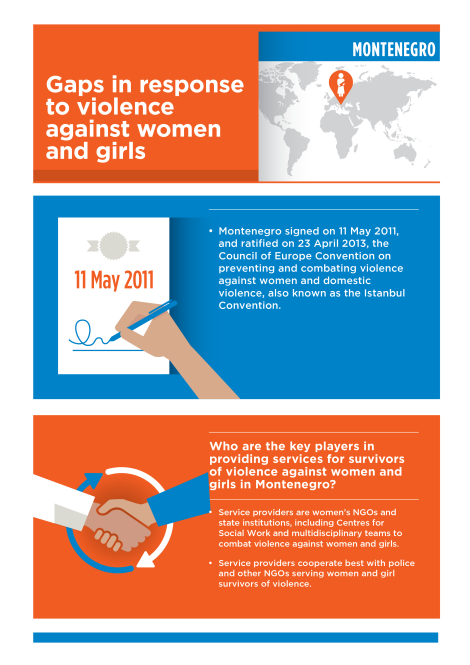 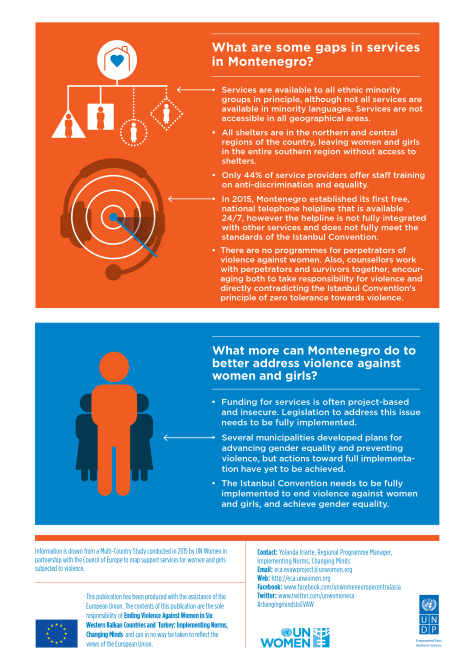 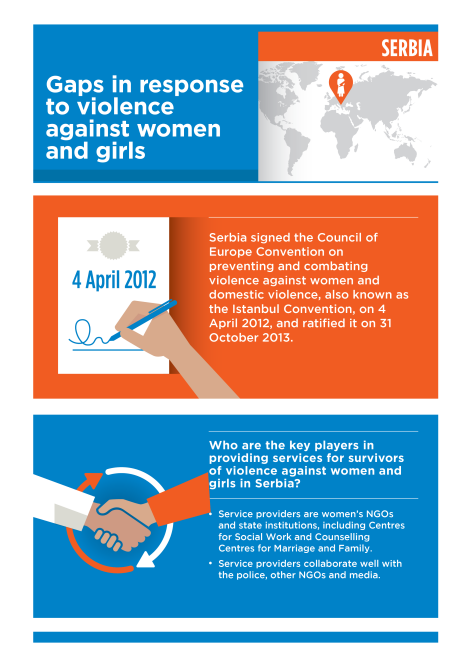 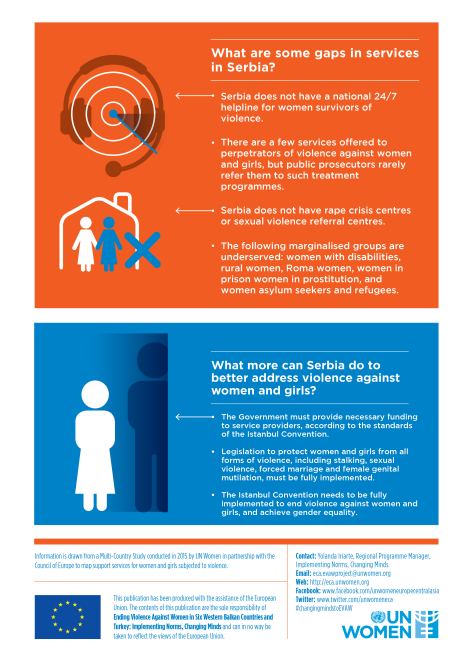 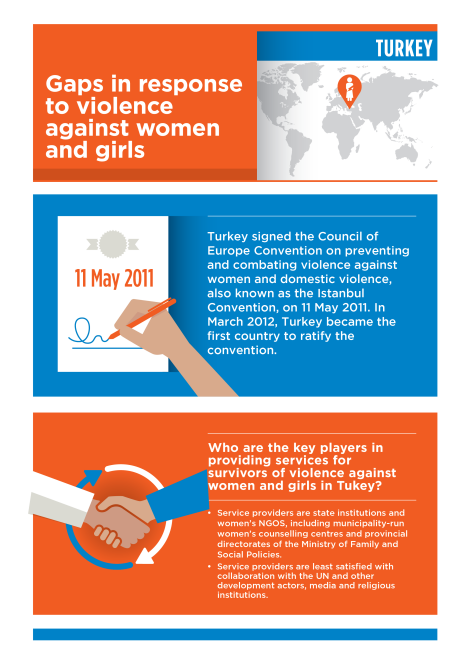 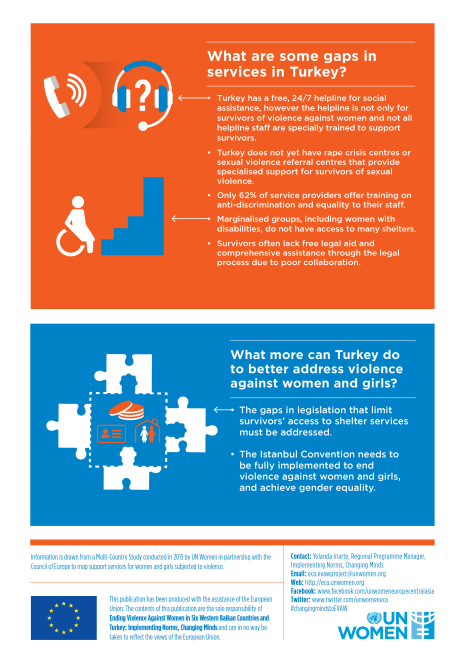