Violence prevents women from fully participating in society, and has long-lasting consequences and costs for women’s families, communities and countries. A grave violation of human rights, violence against women and girls is still widespread in Europe and Central Asia. Women and girls represent 80 per cent of sexual assault victims in nearly every country in the region[1]. The rates are similarly high for psychological partner violence, with 83 per cent of women reporting it in Belarus, 60 per cent in Moldova and 58 per cent in Albania. In a 2012 UN Women survey, 58 per cent of women in Tajikistan reported physical or sexual violence by their partner, as did 42 per cent in Turkey and more than 20 per cent in 11 other Europe and Central Asia countries.

While many countries in the region have strengthened laws to address domestic violence and trafficking and others have adopted national gender equality strategies that target violence against women, implementation is limited by low enforcement capacity, budget scarcity, limited specialized services for survivors (especially in rural areas), poor coordination, as well as prevalent social norms, traditions and practices.

Across Europe and Central Asia, UN Women offices work to prevent and respond to violence against women and girls by:

In Focus: Violence against women 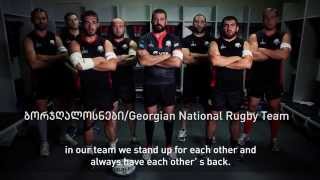