Ending violence against women and girls 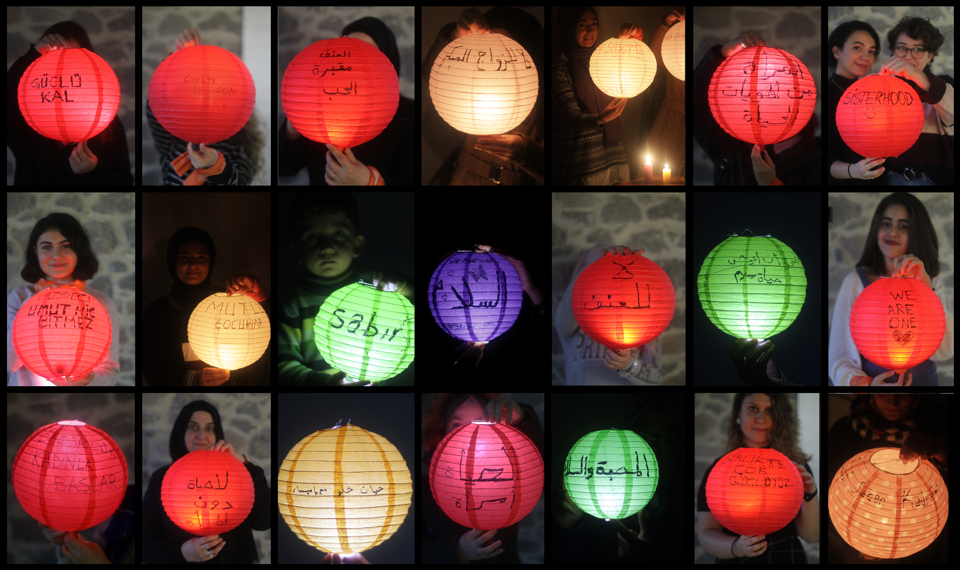 In 2019, four university students from Colombia and Palestine met with more than 100 Turkish and Syrian women in cities across Turkey for ‘Light the Dark’ photography workshops. Photo Credit: Tayfun Dalkılıç

Gender inequalities and stereotypes continue to perpetuate early marriages and widespread violence against women and girls in Turkey, despite legislative and policy commitments, including the Law on Protection of Family and Prevention of Violence against Women (2012) and a National Action Plan on Combating Violence and Women (2016-2020). It was the first country to sign (2011) and ratify (2012) the Council of Europe Convention on Preventing and Combating Violence against Women and Domestic Violence (Istanbul Convention). On March 20, 2021, Turkey announced that it is withdrawing from the Istanbul Convention. UN Women’s statement on the withdrawal is available here.

According to the National Research on Violence against Women from 2014:

According to the 2018 Turkey Demographic and Health Survey;

Partnering with Turkey’s Government, civil society organisations, private sector and media, and other UN agencies to prevent and protect women and girls from violence, UN Women Turkey works to:

Funded by the European Union and implemented since 2017, the UN Women regional programme on ending violence against women in the Western Balkans and Turkey,  “Implementing Norms, Changing Minds”  Balkans and Turkey works to:

Within the Government of Sweden-supported UN Joint Programme on the Prevention of Child, Early and Forced Marriages in Turkey, implemented jointly with UNICEF, UNFPA, UNHCR and IOM, UN Women Turkey:

The UN Women Refugee Response Programme supports women-only centres in Gaziantep and İzmir that provide counselling, psycho-social support and institutional referrals to refugee and host community women and girls survivors of or at risk of violence.

Funded by the Government of Sweden, UN Women Turkey also partners with the Ministry of Justice under the Strengthening Women’s Access to Justice Project. The Project targets judges and public prosecutors working on violence against women and girls issues relating to the implementation of Law No.6284 to Protect Family and Prevent Violence Against Women, as well as experts working at Legal Support and Victims Services Directorates across the country. The Project aims to strengthen the efficient implementation of Law No.6284, and women and girls’ access to judicial mechanisms.

Under its women’s political participation portfolio since 2019, UN Women has been working on combating violence against women in politics (VAWiP) which negatively affects women’s effective participation and representation in public and political life. In 2021, UN Women will continue its advocacy and technical assistance efforts on VAWiP prevention and protection and will conduct a comprehensive study on its manifestations and consequences.

Every year, UN Women Turkey leads the UN Secretary-General’s campaign UNiTE to End Violence against Women by coordinating UN joint activities and communication campaigns during the 16 Days of Activism to End Gender-based Violence from 25 November-10 December. Since 2018, UN Women Turkey has been using the “Fireflies” for the symbol and metaphor of the campaign, as they use their blinking lights to light the dark and communicate with each other. UN Women Turkey;

I am Generation Equality: Dilya Akhmetova, a UN peacekeeper from Kazakhstan
Meet Yaroslav, a young Ukrainian refugee with disabilities who dreams of becoming a DJ
Interview: “The war in Ukraine may be changing the women’s movement, but it’s not stopping it”
Families start businesses, redistribute chores, and transform gender norms in Kyrgyzstan
Interview: “Transformative change can only be achieved in a peaceful world with the inclusion of all young persons in all of our diversity”
END_OF_DOCUMENT_TOKEN_TO_BE_REPLACED