Spanning both Europe and Asia, Turkey is home to nearly 83 million people. It hosts 4 million persons under international and temporary protection, the world’s largest number of refugees. Turkey is a member of the UN, NATO, OECD, G-20, and OIC, and a candidate country for EU accession. In 1934, Turkish women were among the first in Europe to achieve the right to vote and run for elected office. The country has a strong women’s movement and women’s human rights activists have mobilized nationwide campaigns against violence against women and contributed to the adoption of gender equality legislation.

Turkey became party to the Convention on the Elimination of All Forms of Discrimination against Women (CEDAW) in 1985 and ratified the Optional Protocol to CEDAW in 2002. It was the first country to sign (2011) and ratify (2012) the Council of Europe Convention on Preventing and Combating Violence against Women and Domestic Violence (Istanbul Convention). On March 20, 2021, Turkey announced that it is withdrawing from the Istanbul Convention. UN Women’s statement on the withdrawal is available here.

Despite current legislation and policies, gender inequalities persist in many areas. According to the World Economic Forum’s Global Gender Gap Report 2021,Turkey ranks 133rd among 156 countries in gender equality, 101st in educational attainment for women, 114th in their political empowerment, 140th in economic participation and opportunity, and 105th in health and survival.

According to recent data on participation in labour markets and political and economic decision-making in Turkey:

In 2020, over 3.6 million Syrians were under temporary protection in Turkey, 46 per cent of them women and girls. The Law on Foreigners and International Protection, and the Temporary Protection Regulation provide a strong legal framework for the legal stay, registration, documentation and access to rights and services for foreigners in Turkey.

Despite extensive support provided by the Government of Turkey and partners, Syrian women and girls, including female-headed households, face significant barriers to meet their basic needs, recover from war traumas, and effectively participate in Turkey’s social and economic life, according to the Turkey Country Chapter 2021 – 2022 – Regional Refugee & Resilience Plan.

In line with the UN Women Global Strategic Plan 2018-2021 and the Strategic Note for Turkey 2019-2022 and the United Nations Development Cooperation Strategy Turkey 2016-2020, UN Women in Turkey has three overarching goals:

In particular, UN Women Turkey focuses on initiatives in these areas:

To learn more about of UN Women Turkey programmes and campaigns: Highlights 2020 report

Highlights 2020 - Annual report of UN Women in Turkey
Highlights 2020 report tells UN Women Turkey's story over the year 2020 and presents its work and main results achieved under the programmes and campaigns. More » 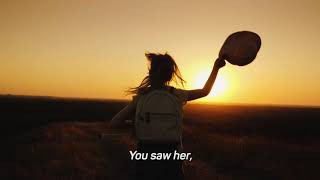 They are children; not brides

This video draws attention to child, early and forced marriages in Turkey and aims to raise awareness among young individuals to encourage them to become part of the solution.