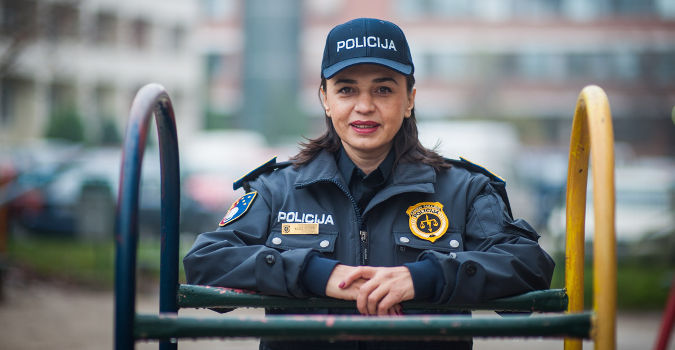 Conflicts have devastating consequences. They often worsen gender inequality between women and men. Women often have fewer resources to protect themselves and, with children, frequently make up the majority of displaced and refugee populations. War tactics such as sexual violence specifically target women.

Women’s participation is vital to effective and sustainable peace. Even though women have led peace movements and driven community recovery after conflict, they are almost completely missing from peace and reconstruction negotiations. This exclusion limits their access to opportunities to recover, gain justice for human rights abuses, and participate in shaping reformed laws and public institutions.

UN Women peace and security programmes are guided by a series of international commitments to human rights. These include the Beijing Platform for Action, the Convention on the Elimination of All Forms of Discrimination against Women (CEDAW) , and UN Security Council Resolution (UNSCR) 1325 . Adopted in 2000, UNSCR 1325 calls for women to participate in peace building, be better protected from human rights violations, and have access to justice and services to eliminate discrimination.

UN Women was vital in UNSCR 1325 National Action Plans being implemented across the Western Balkans. Thanks to these plans, civil society organizations now provide psycho-social and relief services to women survivors of conflict-related sexual violence, torture and trauma.

In 2014, the UN in Bosnia and Herzegovina launched a joint UN project to support and provide redress for survivors of war rape and sexual violence during the 1992-1995 war.

Combining the expertise and in-country experience of UN Women and associated agencies IOM, UNDP and UNFPA, the Seeking Care, Support and Justice for Survivors of Conflict-Related Sexual Violence in Bosnia and Herzegovina project will:

Download a fact sheet on UN Women's work in Peace and Security.

UN Women in action in Bosnia and Herzegovina:

MediaForShe Congress kicks-off a dialogue on gender equality with the media in Ukraine
Turkish Women Olympians Make History
Onwards and upwards for gender equality in conflict-affected eastern Ukraine
Op-ed: What does energy poverty mean for women?
Despite the pandemic, rural women in Kazakhstan launch their own businesses
END_OF_DOCUMENT_TOKEN_TO_BE_REPLACED