More sports women represented Turkey at the Tokyo 2020 Olympics than any other previous Games, and they took home five of the 13 medals won for the country, sparking much excitement and pride back home. Fifty sportswomen along with 58 sportsmen from Turkey competed in the Tokyo Olympics. Even so, the Tokyo Olympics were not Turkey’s most gender-balanced Games. Sixty-six women athletes joined 48 men at the London Olympics in 2012, which was an impressive milestone achieved in Turkey’s Olympics history. 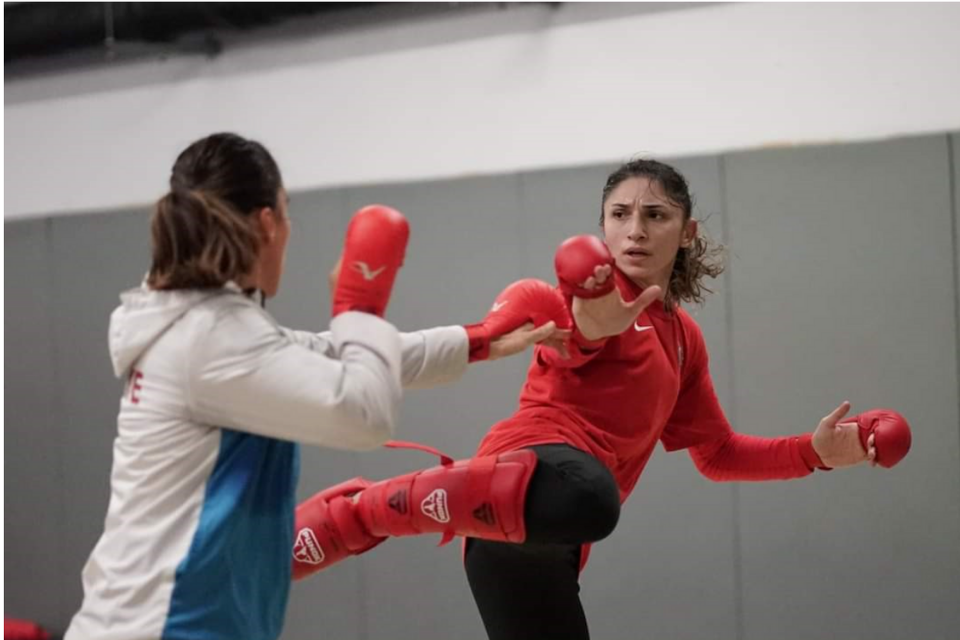 Merve Çoban is a 28-year-old karate champion who won a bronze medal at the Tokyo 2020 Olympics. She started karate aged 9 years old. Previously she had won several medals at the world and European championships. “My successes broke the perception of karate being a men’s sport,” she says.

“While I was studying at school, my current trainer enrolled me into a three-month karate training course. I convinced my father and mother to let me do further training. However, my grandfather opposed it as he thought that karate was a men’s sport.”

“I really love my grandfather and I wanted to prove that I can do this. I wanted to honor him with my first European championship medal, however, he passed away. But I visited his grave and showed him my medal. I felt that he was very proud.”

As karate made its debut appearance in the Tokyo 2020 Olympics, Çoban says that she was very proud to be part of it.

“Family support for girls is very important. They should support girl children no matter what sports they want to do and provide a decent education. With the support of my family, sports made me more confident in myself.” 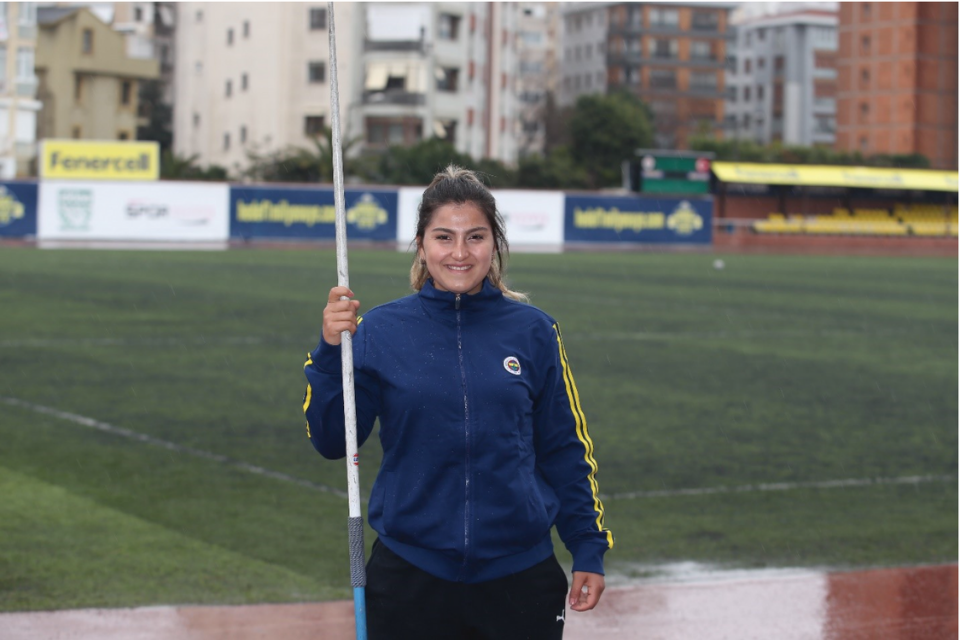 “I have joined the Olympics for the first time in my sports career. I would love every athlete to breathe that air. Even though it was held without an audience, I was very excited,” says Eda Tuğsuz, a 24-year- old javelin thrower.

Although she just missed out on winning a medal, she is proud that she represented Turkey and her sports club Fenerbahçe* in the best way possible.

“Some sports are matched with genders in people’s minds. However, I broke those stereotypes. In Turkish Olympics history, no man has made the top five in Olympics in this sport. I am the first javelin thrower. This proves that sports have no gender,” says Tuğsuz.

Eda Tuğsuz encourages girls and women to do javelin throwing as a sport. “Javelin throwing is not only for men. Do not be afraid. You are talented, and you can do this.” 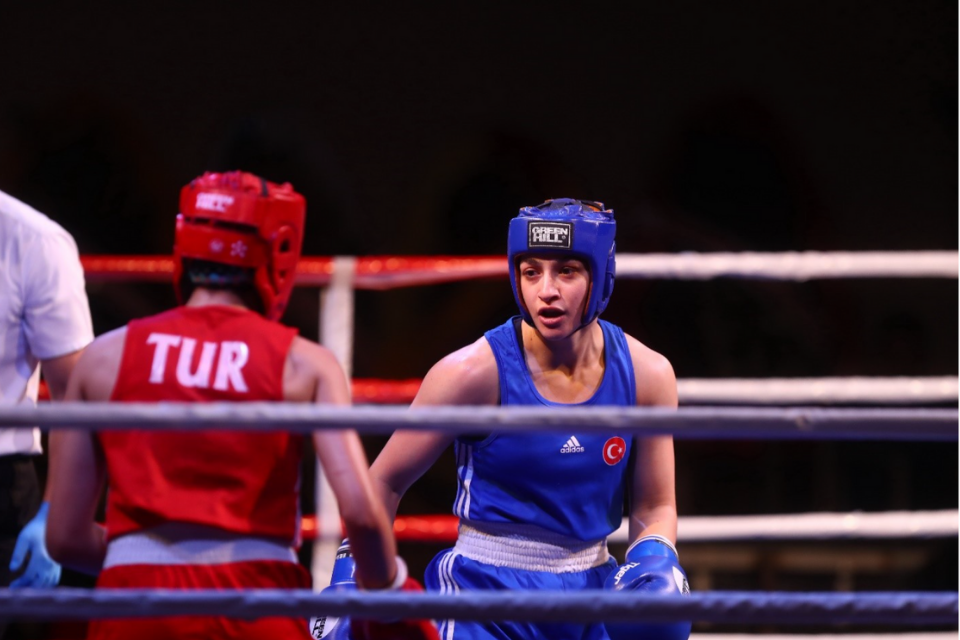 “My boxing career started when my brother broke his arm and doctors advised him to do boxing. I was going to the trainings with him and watching. One day the trainer asked me to join. That’s how I started to do the boxing,” tells Buse Naz Çakıroğlu, a 25-year-old athlete who won a silver medal at the Tokyo 2020 Olympics.

“Success is an important factor to break the gender stereotypes in sports. Five boxers went to the Tokyo 2020 Olympics. Three of them were women. People used to ask whether women can do boxing. Now I am getting these questions less and less. We proved that women could do any sports and successful in any sports including boxing,” says Buse Naz Çakıroğlu.

“I think the role of the sports club is quite important. Fenerbahçe Sports Club gives special appearance to female athletes and supports them in every way possible.”

Turkey was represented in women boxing for the first time. “I am very proud that I am one of the pioneers in boxing sports,” says the young sportswomen.

HeForShe is a global solidarity movement initiated by UN Women, inviting men and people of all genders to stand in solidarity with women to create a bold, visible, and united force for gender equality. Recognizing the power of sports to change lives, UN Women Turkey is collaborating with sports organizations to empower women and girls and tear down gender barriers and discrimination. In 2018, UN Women Turkey and Fenerbahçe Sports Club joined forces with the support of Tüpraş, one of the companies of Koç Holding, which has been one of the global Impact Champions of HeForShe.

Related News
17/03/2022
Famous Turkish actor Demet Evgar is announced as the first National Goodwill Ambassador of UN Women Turkey
28/12/2021
Non-Violence Summit and Creating a Violence-free World exhibition held give visibility to gender-based violence in Gaziantep, Turkey
16/12/2021
Famous Actor Kerem Bürsin became the first National HeForShe Advocate for Turkey
10/11/2021
From Where I Stand: “When we do not give up, when women support each other, we can always succeed” says Hive director
04/11/2021
International Day of the Girl Child conference in Turkey puts a spotlight on girls as future leaders in the digital era
END_OF_DOCUMENT_TOKEN_TO_BE_REPLACED