In the words of Slavica Vasić: “Roma women are not willing to report discrimination because they fear being more exposed to it” 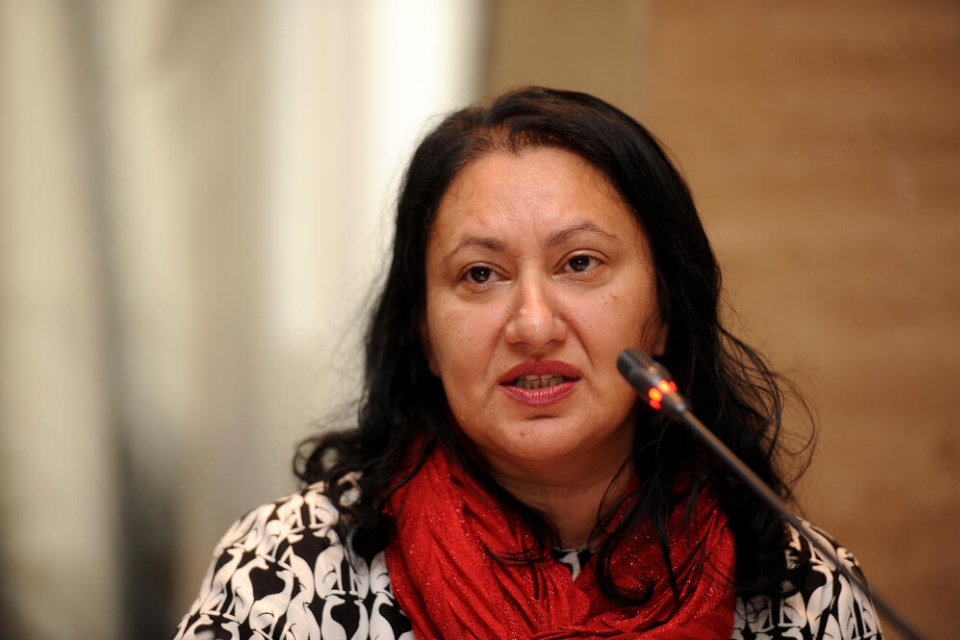 Among overall number of unemployed and those who have been waiting for a job for more than two years, at least 65% are women, and over 70% of that number are Roma women, underlines Slavica Vasić. Photo: Zorana Jevtić

Roma women in Serbia face multiple discrimination in all areas of life, from education, healthcare and employment to domestic violence and aggressive behaviour outside the home. Violations of the human rights of Roma women are exacerbated by a number of factors such as isolation, poverty, illiteracy, health, lack of property ownership and personal documents as well as citizenship, sexual orientation, and more. A particularly vulnerable group within the Roma female population are internally displaced people from Kosovo1; or those who have been returned to Serbia from Western European countries under a readmission agreement.

According to all indicators, Roma men and women are the most disadvantaged group across social, economic and educational contexts. They face discrimination particularly in labour and employment, as well as housing, which is a violation of basic human rights. The UN Women project, ‘Test it, if you tasted it’, is very important because it gives us the opportunity to prove the discrimination through situational testing with the goal of detecting discrimination ‘on the spot’, and to get evidence of the unequal treatment of Roma women in accessing employment and housing.

Some Roma women face barriers in accessing healthcare because they do not have personal documents or health insurance. Roma women often face degrading treatment based on their ethnicity by some doctors and other healthcare staff. Due to this they sometimes don’t get medical treatment. Discrimination against Roma women in healthcare is especially evident when it comes to reproductive and maternity health as well as emergency care, as these are the most frequently used health services.

It is necessary to resolve the employment status of Roma health mediators through permanent employment contracts. It is also necessary to increase the number of Roma health mediators in local government areas with a higher percentage of Roma people, and to establish continuous education of health workers on the specific position of Roma women in society. It would also be important to prohibit discrimination. When it comes to employment, of those who are unemployed and those who have been waiting for a job for more than two years, at least 65 per cent are women, and over 70 per cent of that number are Roma women.

Roma women rarely recognize discrimination and if they do, they’re not willing to report it as they fear further exposure. Roma women's organizations and health mediators mostly talk about this with Roma women in the settlements. We introduce the mechanisms available to them in cases of discrimination, but Roma women will not report discrimination even though they recognize it.”

Related News
18/10/2021
Op-ed: What does energy poverty mean for women?
25/08/2021
In the words of Jelena Mladenović: “The hardest part is to realize what could, in my article, benefit the victim and what could possibly harm her”
08/03/2021
Women leaders in the Western Balkans and Turkey confront violence against women amid the pandemic
16/03/2020
International Women's Day around Europe and Central Asia
03/10/2019
North Macedonia hosts third sub-regional consultation on 25 years of commitments to gender equality
END_OF_DOCUMENT_TOKEN_TO_BE_REPLACED