Take Five: “The inclusion of gender equality in energy policy is necessary for the realization of the leave no one behind principle”

Aleksandar Macura is the co-founder and programme director of the RES Foundation, engaged in policy making in energy and climate change, primarily in Serbia, the Western Balkans and Southeast Europe. He spoke to UN Women about the impact of energy poverty on women in Serbia based on the findings from a survey on the gender perspective in the field of energy poverty. The survey was conducted by the RES Foundation with the support of UN Women and the Coordination Body for Gender Equality of the Government of Serbia. 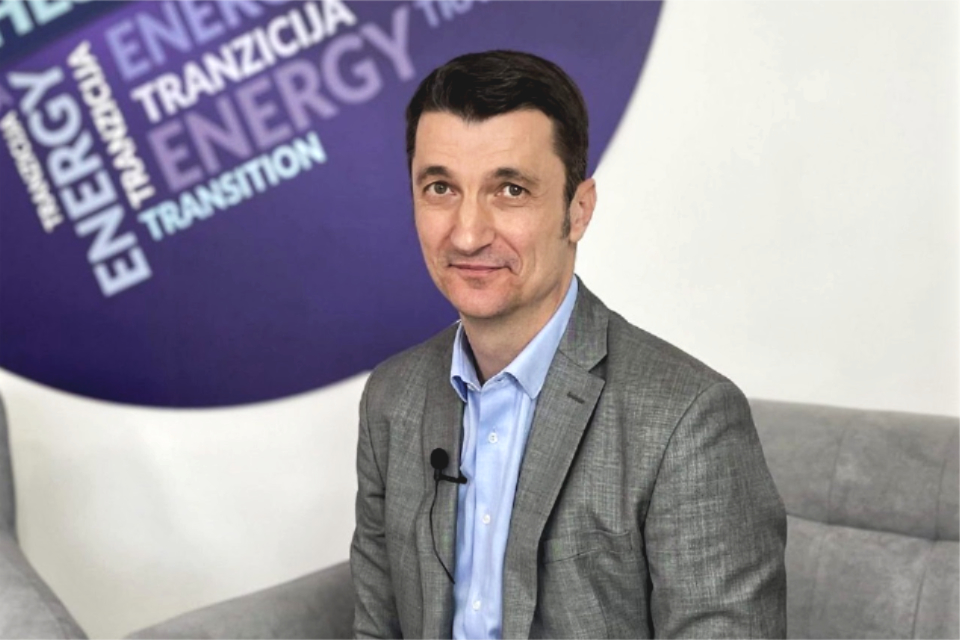 "The public opinion poll that was conducted showed that women more often give up other needs in order to provide enough energy for the household," says Macura. Photo: Aleksandar Macura/RES Foundation

What is energy poverty and how does it affect women in Serbia?

Serbian legislation has recently defined energy poverty as the simultaneous existence of low incomes, low energy efficiency and a high share of energy costs. In Serbia, energy poverty is often associated with poor air quality in houses and insufficient heating, therefore people who spend more time at home suffer greater consequences of energy poverty. Heating in a large number of poor households requires significant physical effort. Meanwhile, poorer efficiency requires more energy. Women are very affected by energy poverty because they have to invest significant physical work and time in providing heat. The public opinion poll we conducted also showed that women more often give up other needs to provide enough energy for the household.

What are the most important conclusions of the study on energy poverty in Serbia?

This study confirmed that there is room for investing public funds to raise energy efficiency, comfort in the house, reduce pollution and contribute to gender equality. Heating with inefficient devices with the use of ‘handy’ and low-quality energy sources can and must be stopped. For people affected by energy poverty, co-financing is not an option, they must receive a grant.

How does energy poverty contribute to gender inequality?

Energy poverty, like any other type of deprivation, hits the most vulnerable hardest. Energy poverty weakens health and it is time-consuming for those who spend more time at home. In most cases these are women.

Why is it important to define the category of vulnerable consumer and how important is it to get gender-sensitive data?

The category of ‘energy vulnerable customer’ is already defined but it does not take into account all aspects of energy poverty. Gender is an important aspect and it would be good to use gender-sensitive data when collecting and analysing data to clearly identify this important aspect.

One of the recommendations of the study is the inclusion of gender equality in public policies and plans. How could this be done and why is it important?

Taking into account the gender aspect will certainly contribute to the overall increase of the public good and enhanced protection of vulnerable groups, which is both useful and fair. There is no reason not to include the gender aspect in all phases of public policymaking. This could range from defining areas that would use gender-sensitive statistics and gender-focused analysis of women's involvement in consultative processes, to designing public policy tools that include training on gender equality. It could also include institutional changes that are gender-sensitive; and raising awareness of the importance of gender issues. The energy sector is no exception. Moreover, the inclusion of gender equality in energy policy is necessary for the realization of the 2030 Agenda for Sustainable Development, which constantly reminds us that no one should be left behind.

Related News
04/10/2013
Ukraine steps up efforts to get more women into the workforce
14/04/2022
Interview: “In organic production, rural women in southeast Serbia can earn more and ensure steady source of income”
20/01/2022
Kosovo to prioritize gender-sensitive standards for occupational safety, health and decent work
20/01/2022
In Kosovo, parliamentarians share strategies to boost gender-responsive budgeting
19/01/2022
Take Five: “Continuous education changes the attitudes and awareness of all professionals in the system, in order to achieve zero tolerance to violence”
END_OF_DOCUMENT_TOKEN_TO_BE_REPLACED