Take Five: “It is imperative that all laws are harmonized with the obligations in the Istanbul Convention”

Prior to serving as the Ombudsperson in Kosovo*, Naim Qelaj was the National Coordinator against Domestic Violence. A lawyer by profession, Qelaj has been committed to making gender equality a reality throughout his career. Qelaj spoke to UN Women about the progress made towards ending violence against women with the support of the EU-funded regional programme “Implementing Norms, Changing Minds.” 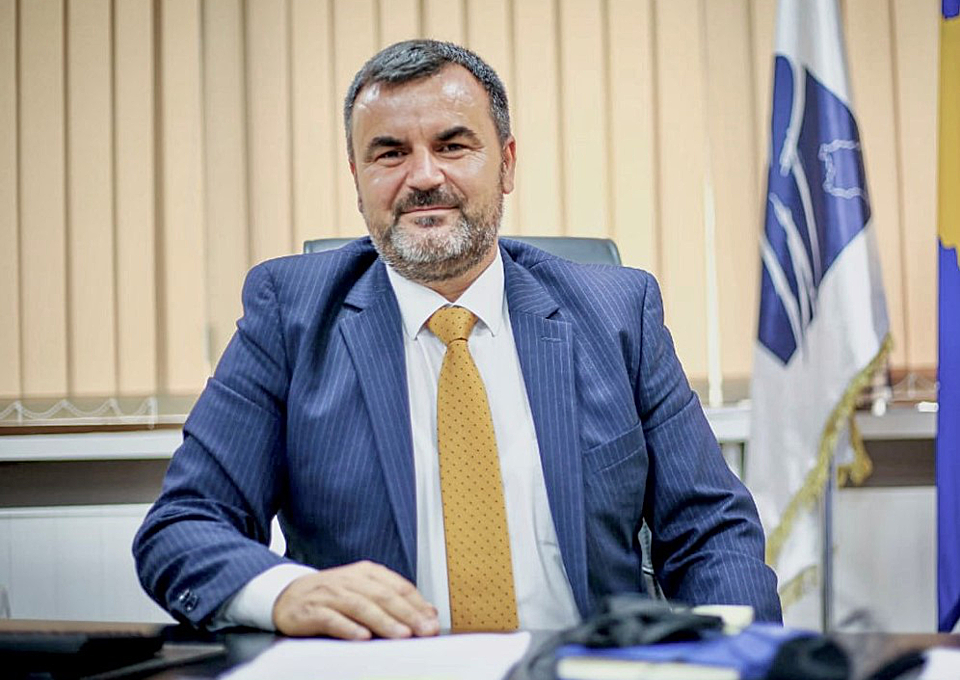 What are the main steps that Kosovo has taken towards eliminating violence against women in the last 5 years?

I would highlight the amendment to the Constitution, which allowed for the implementation of the Istanbul Convention in Kosovo. Many other important steps have preceded the adoption of the Constitutional amendments, such as the Package of Human Rights Laws, adopted in 2015, including the Law on the Ombudsperson, the Law on Gender Equality and the Law on Protection from Discrimination.

Other important steps include the establishment of a database for cases of domestic violence [supported by UN Women within the EU-funded regional programme “Implementing Norms, Changing Minds”], the establishment of mechanisms for the protection of women survivors of violence and without a doubt the 2019 changes in the Criminal Code that defined domestic violence as a criminal offense for the first time. At this stage, it is imperative that all laws are harmonized with the obligations in the Istanbul Convention, and much work is needed to strengthen the mechanisms that have been established.

COVID-19 has led to a significant increase in domestic and gender-based violence worldwide. What steps has the Ombudsperson Institution taken to address this issue?

As everywhere in the world, at the beginning of the pandemic in Kosovo we witnessed an increase in domestic violence, specifically of 36 per cent compared to the same period in the previous year. On 30 April 2020, the Ombudsperson institution issued a statement condemning domestic violence during the pandemic. We also drew attention to the institutional obligation to respect international human rights standards and exercise due diligence to prevent, investigate, punish and provide reparation for acts of violence.  Furthermore, we called on all citizens not to use any kind of violence, especially against the most vulnerable people - women, children, the elderly and people with disabilities.

What are some lessons learned that could inspire other countries in the region?

What we have learned is that in crisis situations, there must be a coordinated response that is timely and proportionate to the risk. Like the rest of the world, Kosovo was unprepared when the COVID-19 pandemic hit. It is very important that response measures are necessary, justifiable, have a legal basis and neither arbitrary nor discriminatory. Pandemic restrictions must also be limited in time, respect human dignity, be subject to review and proportionate to their risk and purpose.

What do you see as the most urgent challenges when it comes to violence against women, and how can we respond to them?

Domestic violence is in itself one of the most urgent challenges of our time. All the measures that must be taken to prevent and eliminate this phenomenon are interrelated; you cannot prioritize one over the other. For Kosovo, I consider that the priority should be the harmonization of the laws with the criteria and obligations laid out in the Istanbul Convention, and in parallel, the mechanisms implementing these responsibilities and obligations should be strengthened. For more than 20 years, Kosovo has developed national programs, strategies and policies aiming at the elimination of domestic violence and violence against women and has undoubtedly achieved success with the support and continued assistance of international agencies.

What can people, institutions and societies do in order to respond to the increase of domestic and gender-based violence?

It is the duty of each person to report cases of violence in order to prosecute and punish perpetrators. The primary obligation of institutions is to strengthen capacities so that a timely response to cases of domestic violence can be ensured with the ultimate aim of preventing cases of domestic and gender-based violence.

Related News
13/04/2022
In the words of Iliriana Jaka Gashi: “Bringing public and private institutions together to work on the economic reintegration of survivors of violence is indispensable”
08/03/2021
Women leaders in the Western Balkans and Turkey confront violence against women amid the pandemic
16/03/2020
International Women's Day around Europe and Central Asia
25/07/2019
Civil society efforts to prevent early marriage start to pay off in Kosovo
28/06/2019
Documentary film by Emmy award winning director shines a spotlight on challenges of prosecuting conflict-related sexual violence
END_OF_DOCUMENT_TOKEN_TO_BE_REPLACED