This is what leadership looks like: Meet Elena Crasmari, the only woman in her local council in Moldova

Elena Crasmari decided to run for office so that the local administration could meet the needs of all members of her community. She won a local councillor seat, making her the only woman on a nine-person team, and one of six local councillors with a disability in Moldova, out of 10,472 local councillors. 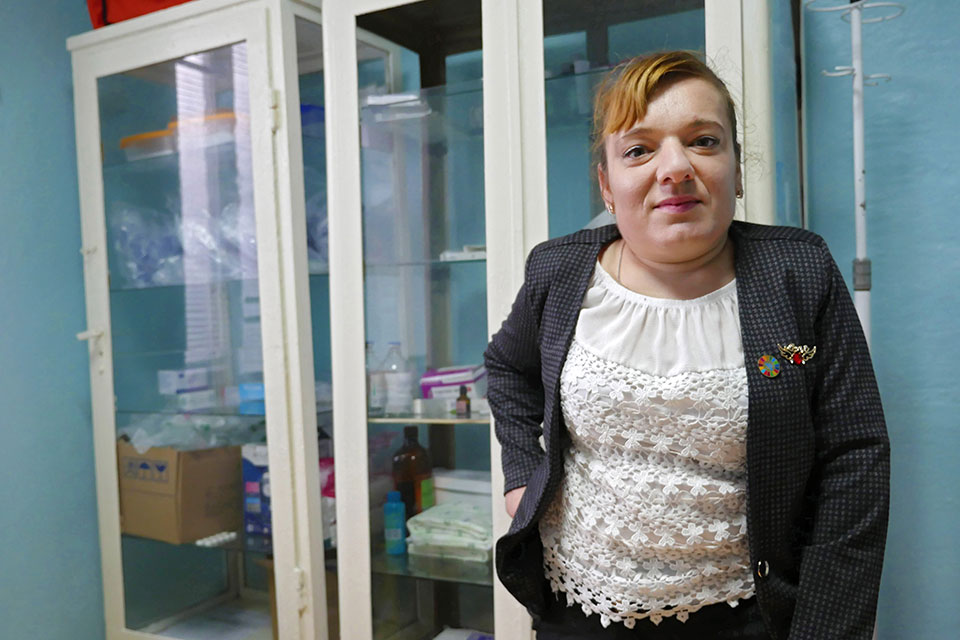 “I went to the town hall to ask them to help me do something about the stairs of the medical facility,” says Elena Crasmari, 35, after having to get on her hands and knees to enter the building because of her disability. “The mayor handed me a bag of cement and some sand and told me I had to do it myself.”

Elena decided to run for local councillor as an independent candidate in Dolna village, a rural community of 1,155 people about 53km from Moldova’s capital city, Chisinau.

“I decided to run for office to show him that this wasn’t acceptable and that I was a person with full rights, just like him,” she says. “I wanted to take the first step in proving that people with disabilities have a chance.”

“Accessibility is not just about people with disabilities. It is also about elderly people, mothers with children, and other groups,” Crasmari adds.

“People need to know that everyone has equal rights, not only in theory, but also in practice.”

Crasmari started her grassroots campaign to run for the local council, but first needed to collect signatures from at least five percent of registered voters in the community. She gathered all of the necessary signatures in just two days.

“I couldn’t believe that I was able to gather 60 signatures so quickly,” Crasmari recalls. “The residents of my village all wanted better medical services. They got tired of waiting for changes promised by the authorities. They wanted to see results.”

“After becoming a councillor,, I got a small grant, which was used to repair a sidewalk in Dolna to make it accessible for everyone. I also contributed to the renovation of the medical centre. Now it has sanitary facilities and an access ramp,” Crasmari says.

Crasmari is seeing to the installation of two more ramps in her village, while also trying to raise funds to support local people with disabilities who are isolated during the pandemic.

“The COVID-19 pandemic affected our work so much,” says Crasmari. “I wish we could do more offline to help the community. The pandemic has affected all people with disabilities, especially women with disabilities experiencing domestic violence.” 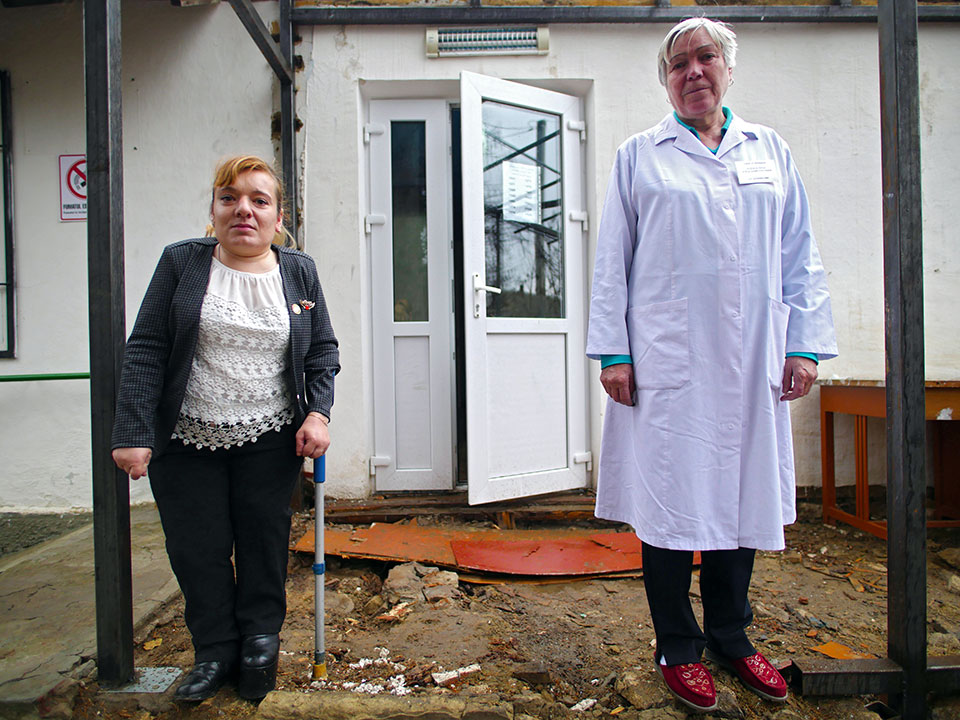 Elena Crasmari (left), pictured in 2019, stands with a staff nurse in front of the inaccessible entrance to the village medical centre. After becoming councilor Crasmari’s work contributed to the renovation of the medical centre. Photo: UN Women/Tara Milutis

With UN Women’s support, Crasmari is planning to launch an initiative to empower women with disabilities. “I really want to make their voices heard. Also, I would like to create more employment opportunities.”

“I hope that I’ll be able to make all the state institutions – including our museum, the kindergarten and the town hall – accessible to people with disabilities,” Elena says, “and to mothers with small children and senior citizens who come and pick up their pensions.”

Overcoming challenges to deliver on promises

Elena gained confidence and skills that she needed to run for office with the help of training on women’s political participation and civic engagement implemented by UN Women and its partners; skills she continues to use today.

“I got a small grant, which was used to repair a sidewalk in Dolna to make it accessible for everyone. I also contributed to the renovation of the medical centre.”

Crasmari has faced a lot of challenges as a local councillor, which at a time led her to consider resigning.

“I am the only women councillor among eight men, and although I have a lot of support, my work is harder than I thought it would be. I know I can’t give up. I promised [my community] that I would help them. I have to do my best,” she says.

In talking about the importance of women’s leadership, Casmari says, “It would be good to have an equal number of women and men in local councils, district councils, and the parliament. At the same time, it is also very important to be a competent employee.”

“Change starts with us, and everyone can make significant changes in their communities by doing small things.”

For more stories like this, visit our In Focus: UN Commission on the Status of Women (CSW65)

Related News
27/09/2017
Local women’s networks drive gender equality in rural Serbia
26/09/2016
Women’s political participation gains momentum in Moldova
19/01/2022
Women with disabilities in Serbia boost skills and confidence through a leadership academy
09/03/2021
This is what leadership looks like: How three women mayors in Moldova are making a difference every day
27/05/2020
Take Five: “Women leaders around the world have demonstrated successful management of the pandemic”
END_OF_DOCUMENT_TOKEN_TO_BE_REPLACED