In the words of Victor Leca: “We want to have equal rights, be respected and we want everyone to feel comfortable in the world we live in”

Victor Leca, a 17-year-old vlogger from Chisinau, has acquired in a short time-span more than 70 thousand followers and over 2 million likes on the worldwide popular social network TikTok that also rapidly gains popularity among young people from the Republic of Moldova. In the short videos that Victor is uploading on his TikTok account he tackles matters of feminism, gender equality and tolerance, and is fighting gender stereotypes. 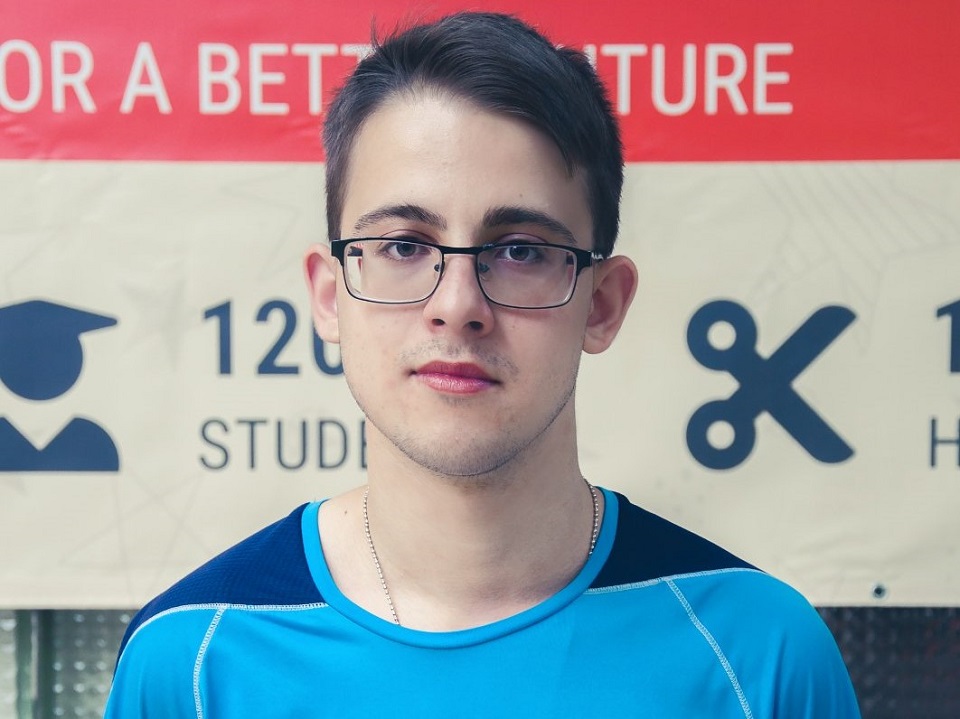 I understood and supported tolerance and feminism ever since I was a child. When I was in school, I was already noticing boys’ incorrect attitude to girls, that came through in harassment, which I didn’t like. I also noticed there were a lot of gender stereotypes, regarding both women and men, such as that men should not cry and that women are considered as poor drivers. I disagreed with those stereotypes, of course, so I decided to do a deeper research into this matter and find out more information.

From the beginning of this year, including because of the quarantine measures, I had more time to read books, look for information resources, talk to my friends and understand certain aspects. I started liking this subject more and more and I decided to dedicate my TikTok account to gender equality and tolerance. I try to communicate my message in a kind way so that everybody understands that I do not have an aggressive standing about it and that I wish well to everyone. 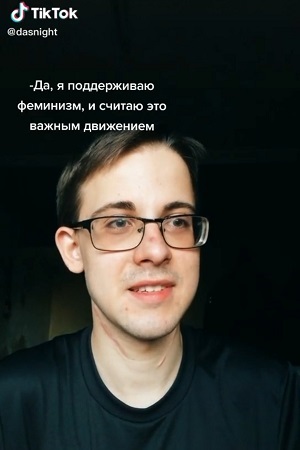 There were, of course, people who disagreed with me and they were even hateful. The number of my followers grew quickly, and I expected neither such great support from my subscribers, nor so much hate. Initially, that made me feel very bad, I was threatened and even slandered. But then I started talking to more experienced vloggers who supported me and encouraged me to move on regardless. Then I managed, by discussion, to contribute to changing the negative opinion of someone I was talking to into a positive one, in a dialogue that had a happy ending.

My current followers are form the CIS countries. As many as 90% of them are women and girls, most of them aged between 13 and 20. The number of Moldovan followers is also rising, having reached more than 2,000 people at present.

Right now, during the pandemic, together with other vloggers, we are informing women about coping with economic hardships or about how women experiencing violence and living with the aggressor can, via a special sign, signal that they are in a complicated situation, etc. 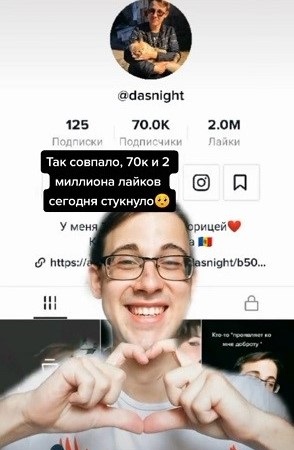 My intention for the future is to bring together more vloggers who create this type of content in order to extend the public we are reaching out. We might even collaborate with big human rights organisations for mass promotion of social messages on gender equality and tolerance. I am now in the middle of negotiations, on this matter, with people active in the same area in Ukraine, Kazakhstan, Kyrgyzstan, Russia, Uzbekistan, and other CIS countries. Their audiences are different: from a few thousand followers up to more than 100.000 followers. This collaboration will help us strengthen our standing in the entire region.

I believe that Generation Z, that I am part of, is very active in terms of fighting for its rights. We are tolerant of many aspects and we try to advocate tolerance and equality both in communication with our closest ones – parents, grandparents, and with a broader public. Just like everybody else, we want to have equal rights, we want to be respected and we want everyone to feel comfortable in the world we all live in.

I am Generation Equality because today I have a good opportunity to influence public opinion. Nowadays young people are aware of the responsibility they have with regards to everything happening in this world. I see young people contributing to promoting equality, non-discrimination and to the elimination of violence. For our voice to be heard, we must continue to advocate our ideas, to collaborate with different big organisations and to try to reach a higher level so that our opinions are heard and taken into account when decisions are made.”

Related News
15/03/2022
The Mountain Climber
18/11/2021
Press release: UN Women launches its Awake Not Sleeping initiative reimagining fairy tales to promote gender equality
09/08/2021
I am Generation Equality: Sena Dik, vegan activist and YouTuber
18/06/2021
In the words of Esther Obi: “I want my children to not even know what racism is”
18/06/2021
Take Five: “Social norms and ethical systems need to change to improve gender equality”
END_OF_DOCUMENT_TOKEN_TO_BE_REPLACED