Dmytro Kuleba is the Minister of Foreign Affairs (MFA) of Ukraine and a HeForShe advocate. In 2019, when he became the Deputy Prime Minister for European and Euro-Atlantic Integration of Ukraine, he was tasked with coordinating the country’s gender equality policy. Since becoming the Ministry of Foreign Affairs in 2020, he has led Ukraine’s international commitments on gender equality. Dmytro Kuleba emphasizes the importance of having personal commitments, as well as continuous policies within the government to ensure better lives for women. 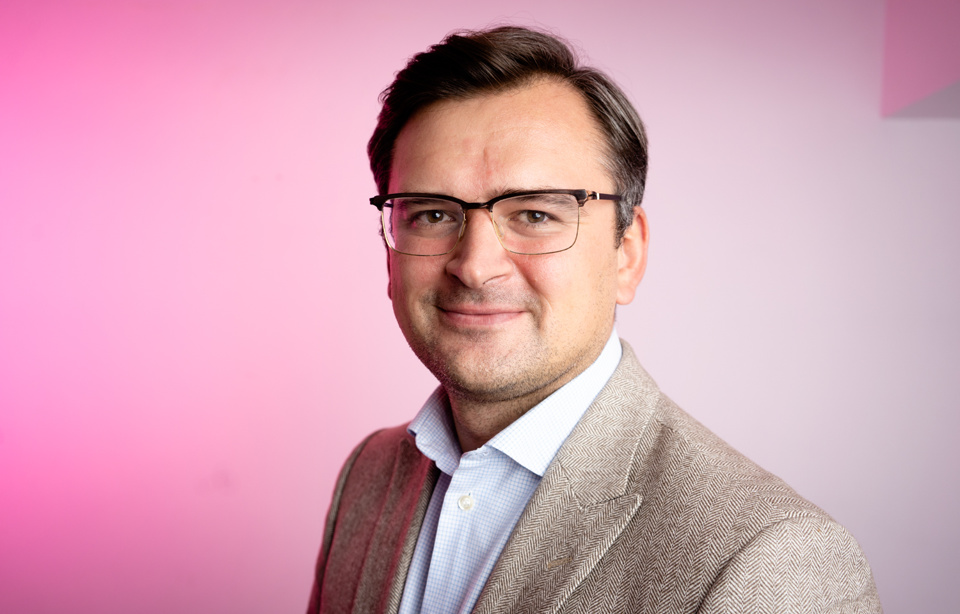 Dmytro Kuleba is the Minister of Foreign Affairs (MFA) of Ukraine and a HeForShe advocate. Photo: UN Women/Sergey Korovayny

Why did you become a HeForShe advocate?

In the 21st century it should be considered normal for men to be feminists. So, for me, joining HeForShe was easy. I just publicly stated what I have always believed - being a feminist is cool and I call on all men to be cool and support equality. After centuries of discrimination, I feel we, men, owe it to women. We owe them all the rights and opportunities they have been refused for so long. We need to elevate their role and empower them in as many spheres of public life as possible. We need to shift the balance until the issue of gender itself becomes irrelevant.

What are the main gender equality priorities in Ukraine?

Preserving and expanding institutional and legal frameworks from our predecessors is key. In addition, I’ve initiated the establishment of the Gender Excellence Center in Ukraine’s defence and security sector. I am also advocating to sustain and expand the capabilities of the Governmental Commissioner for Gender Policy.

Ukraine is one of 81 countries to have adopted a National Action Plan (NAP) to implement the UN Security Council resolution 1325 on Women, Peace and Security. This year, an evaluation is being carried out and the new NAP 2020 - 2025 will be adopted. Ukraine has been defending its territorial integrity for over six years, so there are many extremely important gender issues related to the conflict. The more active participation of women in the peace process is crucial.

Women also face violence. This needs to be addressed. We’ve facilitated greater use of Ukraine’s hotline for reporting domestic abuse and violence. In 2019, the hotline saw a spike in reports, which I believe shows growing confidence in the government’s ability to support women when they need protection.

What is the importance of Ukraine joining new international agreements on gender equality?

Ukraine remains a responsible and progressive member of the international community. Early on we joined the G7’s Biarritz Partnership for Gender Equality. In May 2020, Ukraine joined the Group of Friends of Women, Peace and Security resolution at the UN. President of Ukraine, Volodymyr Zelenskyi, has clearly signalled that he aims to facilitate the adoption of the Council of Europe Convention on preventing and combating violence against women and domestic violence, better known as the Istanbul Convention. The MFA reacted promptly by approving the Convention at our level, and it made its’ way to the Parliament for adoption.

What successful practices can be shared by MFA with other ministries?

MFA was the first Ukrainian governmental institution to join the HeForShe movement and to make some concrete commitments. One of these was to undergo a special gender audit by UN Women Ukraine with Swedish support. This exercise allowed us to define areas that need improvement. While around 37 per cent of our staff are women, leading positions are mostly held by men. We are prioritizing opportunities for female diplomats to take on the leading roles. I have started turning the tide by appointing Emine Dzheparova as the first Deputy Minister and nominating two female ambassadors - Lyubov Abravitova (South African Republic) and Oksana Vasylieva (Morocco).

What tools help you promote gender equality and women’s empowerment?

In a democracy, which Ukraine is, authorities may come and go, people may change seats, but sustainable institutions and procedures ensure that gender policies stay on track. It is of an utmost importance that after the transfer of power and governmental reshuffles, Ukraine’s gender policies stay on track. We had four relevant Deputy Prime Ministers changed in just one year, but this has not undermined our movement forward. One of the key factors in ensuring this sustainability has been the ongoing support of UN Women Ukraine, such as the HeForShe global solidarity movement. Let’s keep it going and achieve important milestones.

Related News
14/10/2019
In the words of Andriana Susak-Arekhta: “Only I get to decide what my life should be. I was born free, I am free, and I will die free”
20/09/2019
Uncovering toxic masculinity and the “man box” in the security sector of Ukraine
01/03/2017
The Cabinet of Ministers of Ukraine steps up their concrete commitment
26/05/2022
I am Generation Equality: Dilya Akhmetova, a UN peacekeeper from Kazakhstan
20/05/2022
Meet Yaroslav, a young Ukrainian refugee with disabilities who dreams of becoming a DJ
END_OF_DOCUMENT_TOKEN_TO_BE_REPLACED