Press Release: The social and economic impacts and implications of COVID-19 are different for women and men

UN Women draws attention to the social and economic impacts of COVID-19 on women. COVID-19 emerges not only as a public health threat but also challenges economies and all segments of society. UN Women stresses that women, who are at the center of paid and unpaid carework, are hit harder by the crisis. 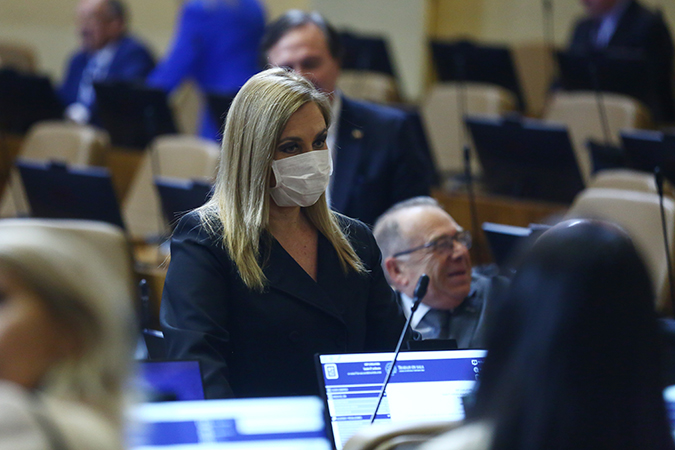 Photo courtesy of The Honourable Chamber of Deputies of the Republic of Chile. Johanna Zárate Pérez.

Ankara, Turkey – When pandemics such as COVID-19 strike, gender inequalities are often exacerbated. Direct and indirect discrimination towards vulnerable groups such as people with disabilities, refugees and migrants and the poor become more visible.

Burden of care work at home lands largely on women

According to UN Women’s “Progress of the World’s Women: Families in a changing world” report, in 2017, more than half (58 per cent) of all female victims of intentional homicide were killed by a family member, amounting to 50,000 deaths in the year or 137 women each day. According to the same report, globally, close to 18 per cent of ever-partnered women aged 15-49 have experienced intimate partner violence in the previous 12 months, and some 30 per cent of women worldwide who have ever been in a relationship have experienced physical and/or sexual violence from an intimate partner over their lifetime.

During crises, such as the current COVID-19 pandemic, violence against women increases. Families spend more time at home due to self-isolation measures, and social and economic insecurities cause increased tension in the household. As a result, domestic violence and sexual abuse increases. Meanwhile, young women are at risk of increased cyber-violence as people spend more time at home and online.

Women’s visibility and participation in decision making processes during crises are pivotal. It is important to mainstream gender equality into crises management and include women in the planning of crisis response. Women’s representation in scientific boards, pandemic and crisis management teams is important to ensure women’s needs are taken into consideration from the very beginning.

Related News
03/11/2020
Small grants help women in Turkey survive violence and heal its wounds
16/06/2020
From where I stand: “Involved fatherhood helped us to get through the lockdown”
01/06/2020
Women confront pandemic-related violence against women across Europe and Central Asia
14/05/2020
Press Release: UN Women and prominent LPG company take action in Turkey as COVID-19 lockdowns see rise in domestic violence
04/05/2020
UN Women Turkey is extending its outreach and impact through meaningful and strong private sector partnerships
END_OF_DOCUMENT_TOKEN_TO_BE_REPLACED