With UN Women’s support, the Network of Associations of Local Authorities of South-East Europe (NALAS) has developed an online course designed to boost the knowledge about gender equality amongst municipal government officials across South East Europe (SEE). Offered on the Network’s E-Academy, the course helps officials to integrate gender issues into policy and budget-making processes and, ultimately, to deliver on the local governments’ gender equality commitments. 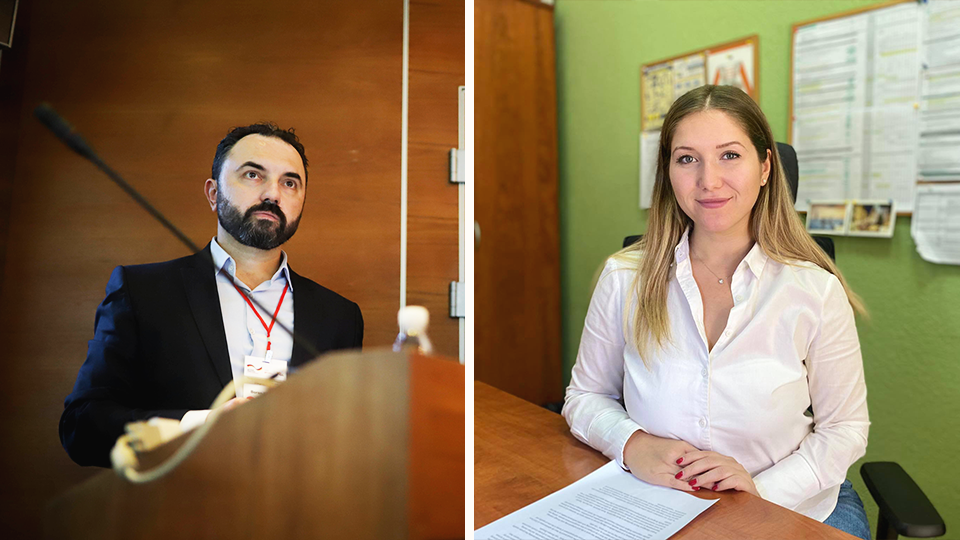 Jelena Brankov-Čerevicki, Head of Human Resources and Coordinator for Gender Mainstreaming in the Municipality of Bechej, in South Bachka District in Vojvodina, Serbia, is one of the many trainees currently taking the online course offered by NALAS E-Academy. She says that this course has helped to increase her knowledge on gender equality. She praises the choice of topics covered by the course and the different approaches used to test participant’s knowledge and encourage them to express their opinions.

“The course expanded my knowledge on the topic. It broadened my understanding that gender equality is as much a political and economic issue, as it is a sociological and cultural one, and that creating policies to ensure equal rights and opportunities for women and men in all areas of public and private life is essential for improving the living conditions for both,” says Brankov-Čerevicki.

This year, the Municipality of Bechej received the annual award for best city administration of 2019 from the Ministry of State Administration and Local Self-Government of Serbia in the area of equality and anti-discrimination.

“Investing in the capacities of people that work in the local self-governing units through trainings, seminars and mentorship, can have a lot of impact on how local governments operate. Gaining new knowledge empowers and supports us, and networking with other participants enables us to feel that our work matters and that we are not alone,” she adds.

NALAS’ E-Academy is an online platform offering courses on various topics for municipal civil servants. The course devoted to gender equality provides information, good practices, and guidelines to develop gender-responsive budgets and policy measures that address the needs and challenges of women and men.

Project Manager at NALAS Secretariat in North Macedonia, Boran Ivanoski, says that the “Gender Mainstreaming at Local Level” course, which was developed with the support of UN Women, is one of the most comprehensive courses on gender mainstreaming. As well as another course of the E-Academy focused on mainstreaming gender in the area of water supply and local wastewater management, it was specifically designed for local-self-government representatives in the whole region of South-East Europe.

“In 2012, we conducted a survey within NALAS on gender representation in local self-government units and we found a large gap and unequal representation of women in local politics, as well as in the governing and working bodies of our network members. As a result, we increased our efforts to promote gender equality through NALAS’ work and created the “Gender Mainstreaming at Local Level” course,” explains Ivanoski.

With practical examples, perceptions are shifting

The Course is offered to NALAS’ members who earn a certificate once they’ve completed it successfully. Project officer Semra Amet from NALAS Secretariat in North Macedonia, says that there are around 20 participants in each training cycle.

“In four modules, the course covers a range of topics related to gender equality at local level. The first module is an introduction to basic gender equality concepts and legal frameworks. The second module provides in-depth information and resources on gender-responsive budgeting as a policy making tool which effectively contributes to reducing gender inequalities,“ says Amet.

The course offers participants good practices and numerous examples of participatory budgeting and on the role of the local self-government associations in promoting gender equality.

As a result of the course rollout, Ivanoski believes that the perception on gender-responsive budgeting in the municipalities is changing, and, over time, its role and importance is being increasingly recognized.

“Gender mainstreaming is a relatively new concept for the local self-governments. However, the support from the donor community enables us to raise this issue to a slightly higher level and assist municipalities in putting it into practice,” says Ivanoski.

Amid the COVID-19 crisis, offering the course online has enabled NALAS to continue providing local governments with the critical tools they need to devise gender-responsive policies and actions. It has also provided with a powerful and concrete example of local e-governance.

NALAS is a partner in the UN Women project “Promoting Gender Responsive Policies and Budgets: Towards Transparent, Inclusive and Accountable Governance in the Republic of North Macedonia”. The project is funded by the Swiss Agency for Development and Cooperation and the Swedish International Development Cooperation Agency – Sida.