More than 100 women from different political parties and provinces from across Turkey discuss and share their experiences. 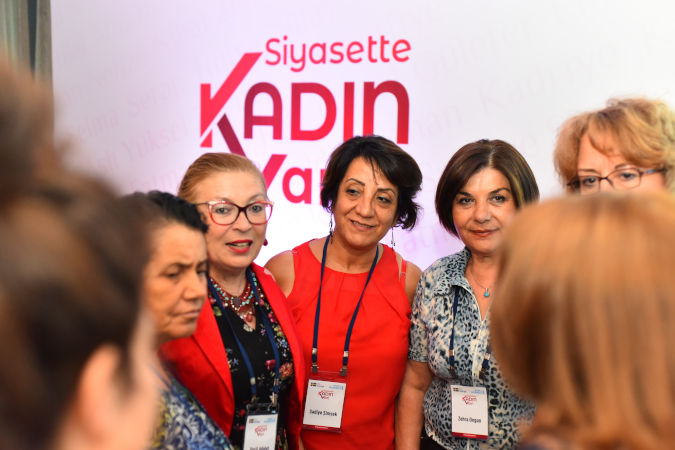 After the March 2019 local elections in Turkey, UN Women organized ‘Experience Sharing’ workshops for the women candidates who ran for elections. More than 100 women from different political parties and provinces, as well as representatives of civil society organizations, who also attended the Local Politics Workshops, organized before the elections, came together to discuss negotiation techniques and build solidarity network.

The discussions were organized within the ‘Gender Equality in Political Leadership and Participation in Turkey,’ project funded by the Swedish International Development Cooperation Agency (SIDA).

“Increasing women’s participation in politics remains key for us. Gender equal representation cuts through everything that we strive for - an essential means towards sustainable change,” said Annika Molin Hellgren, Ambassador of the Embassy of Sweden in Ankara, during her speech at the workshop.

Asya Varbanova, Country Director of UN Women in Turkey, said that “Local Politics Workshops served as a cross-party platform of solidarity. They discussed common challenges that work against women’s participation in politics. Challenges women face as they exercise their political rights range from gender stereotypes to patriarchal structures of parties; from structural barriers of election systems to gender-based violence. We can address challenges only by standing together.”

At the workshops, women shared their experiences on the candidacy and election processes to formulate a road map for their effective participation in local decision-making processes.

“I have more confidence in myself thanks to the workshops organized by UN Women. I am stronger in the face of challenges, and I continue to be active in politics,” said Sultan Ünal. She ran for mayor of Caglayancerit, a district of Kahramanmaras, a city located in southeastern Turkey.

“Experience Sharing workshops reminded me once again that I should continue to be in politics. Women in politics need to build solidarity against violence against women in politics and in all spheres of life,” said Nihal Akyildiz, a woman candidate from Izmir, Turkey. 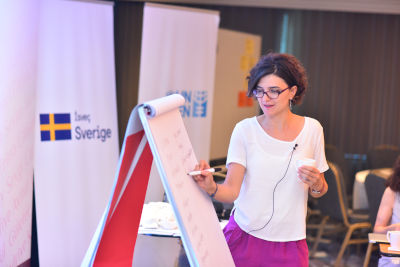 They also learned conflict resolution techniques for an effective intra-party communication and civic participatory mechanisms to support and monitor local governance for services that effectively respond to women`s needs as men`s. The workshop also created a safe space for discussing the issue of violence against women in elections and politics.

“I felt that I am not alone. We need to fight against global challenges side-by-side with men. Women should be part of decision-making processes to build a better future for our children,” stated Nazan Erdogan, a woman candidate from the small province of Tire, Turkey.

“Experience Sharing workshops brought women from different political backgrounds together around shared issues. It was very valuable to learn negotiation techniques, how to build empathy and reach a mutual goal without arguing,” said Hulya Gultekin, a representative of a non-government women’s rights organization.

“I realized that we should prepare the elections together with women’s organizations and non-governmental organizations. I also need to work harder on gender-responsive policies and projects for women,” mentioned Yıldız Albayrak, another woman candidate from Bornova, Izmir.

‘Experience Sharing’ workshops aimed to bring together the women who benefited from Local Politics Workshops that had been organized in December 2018 and January 2019 in four provinces of Turkey and paved the initial step for establishing a solidarity network among the participants.

Ten women out of 160 participants were elected as members of city councils. Even though sex-disaggregated data of the local elections are not officially announced, 43 out of 1,389 mayoral seats were taken by women. The candidacy figures also show that the number of women council members in local municipalities is also below 7 percent.