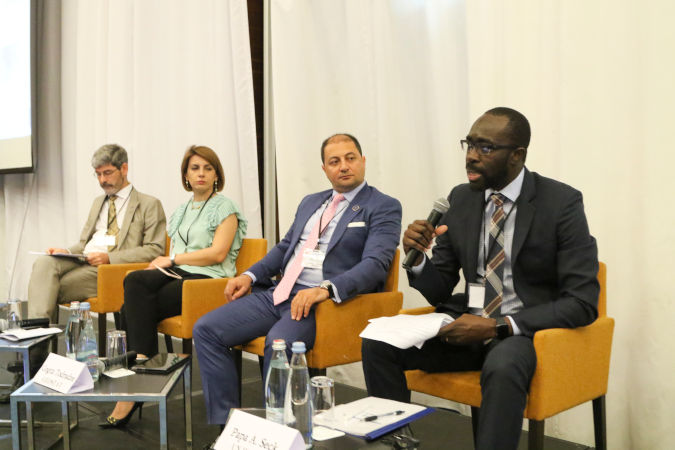 Opening of the Conference devoted to the 100-Year Anniversary of GEOSTAT and 20 Years of Collecting Gender Statistics. Photo: UN Women/Leli Blagonravova

(Tbilisi, 25-26 July) – The heads of the national statistics offices of Armenia, Georgia, Moldova, Kyrgyzstan, Tajikistan, Ukraine and Uzbekistan said in a joint statement that they fully support development of a national statistical system to report on the implementation of Agenda 2030 and are open to greater cooperation between their national statistics agencies.

The statement was made during the regional conference Gender Statistics: Challenges and Opportunities to Report on the Sustainable Development Goals (SDGs).

Held 25-26 July 2019, and organised by GEOSTAT and UN Women, with support from UN Women’s Global Flagship Gender Data Initiative and the UN Women Georgia project Women’s Economic Empowerment in South Caucasus funded by the Swiss Agency for Development and Cooperation (SDC) and the Austrian Development Corporation (ADC), the conference brought together the statisticians of the national statistical offices of Hungary, Italy, and counterparts from Eastern Europe, Caucasus and Central Asia, and high-level representatives of Georgian government agencies, and international organizations and NGOs.

Conference participants discussed priority issues including: progress in nationalising the SDGs; the collection and dissemination of gender statistics; gender role in asset ownership and time use; and challenges raised by findings from violence against women studies. 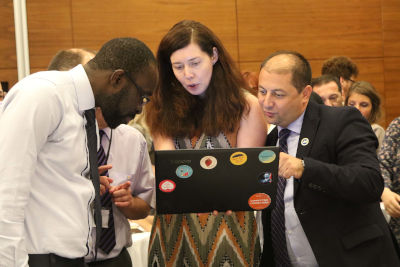 ”Gender data is at the heart of gender-aware policymaking and implementation, which in turn is the foundation for inclusive and sustainable development,” said GEOSTAT Executive Director Gogita Todradze.

“Good gender statistics is more than just segregating data by sex: It is about critically thinking how to measure the situation of women and men to uncover the inequalities and equalities in our daily lives,” said Maria Giuseppina Muratore, Senior Researcher, Italian National Institute of Statistics.

The Untitled 1 team won the Gender Visualization Hackathon at a conference side-event for innovative solutions for data visualisation. One of six teams participating, Untitled 1 developed an interactive application to determine the distribution of time spent on household work.