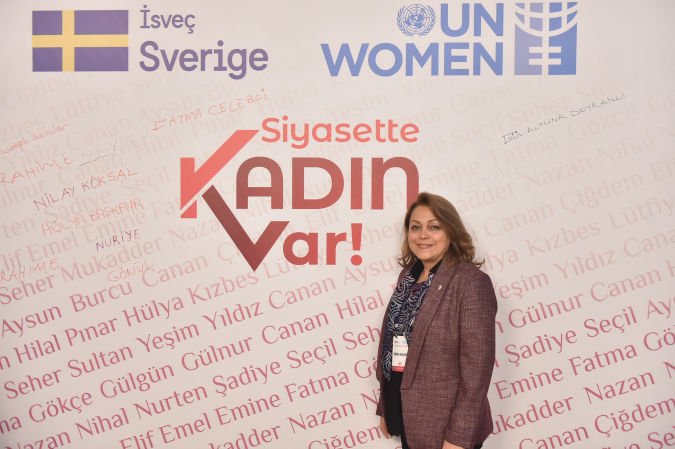 On March 31, Turkish citizens cast their vote to select local administrators for the next five years. With the 2014 numbers of women mayors (2.8 per cent), women members in municipal councils (10.7 per cent) and women mukhtars, or neighborhood officials, (1.3 per cent) low, in the election lead-up, UN Women held skills-building workshops to empower women candidates.

With the votes now in, but the results yet to be officially announced, some of the 160 women representing five political parties from 13 different cities, who participated in the three-day workshops, shared how the skills they learnt helped them as the election unfolded.

“I have been in politics for almost five years. Politics is accepted as an area dominated by men. As women candidates, we are ignored, and we are pushed aside,” said Çiğdem Başarır, who was elected to the Menteşe Municipal Council in Muğla, in western Turkey. “However, challenges empower us. At the workshop, I understood that there are many women like me who struggle and overcome these challenges. The workshops empowered and motivated us,” she said.

“I haven’t had any experience in politics,” said Vahide Koçak from Ankara, the capital, who was also elected as member of the municipal council. “These trainings showed me the power of women and empowered me.”

“The trainers explained what women candidates would encounter at each step of the election process, how they should approach the voters and what their goals would be,” said Edibe Tokmak Yılmaz, who was elected as member of municipal council in Çiğli, İzmir, in the west of the country. The trainings helped me to determine a roadmap as a candidate.” 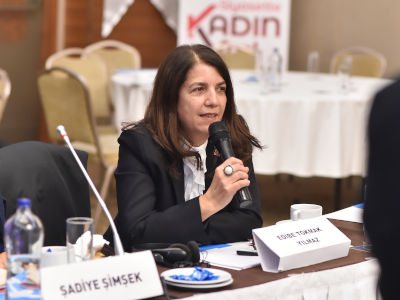 Women candidates who participated in the workshops, but ran unsuccessfully this time also said that the trainings were highly valuable.

“After the trainings, I had the chance to manage my campaign and have close contact with the voters. The trainings contributed a lot,” said Yeşim Yüksel, who ran for Çeşme Municipal Council, but was not elected. “I think that male candidates should have these trainings as well because they hinder the work and efforts of women candidates. Even if I am not elected, I will continue to serve the community as a member of an NGO in Çeşme, İzmir,” she said.

Fatma Celebci who ran for a councilor position in Manisa, in western Turkey, but was also not elected, said: “I am very well equipped with skills related to campaign management and networking. I learned that personal relationships and contact with voters are very important during election campaigns.”

Hundreds of women candidates ran for election as mayors, municipal councilors, or mukhtars across the country. Even though the results are yet to be officially announced, the figures show that the number of women in local municipalities will be below 7.8 per cent, so there is still work to do to empower women in politics.

UN Women has been implementing the project ‘Gender Equality in Political Leadership and Participation in Turkey’ to empower women to participate in leadership and decision-making positions and participate equally in politics. The ‘Local Politics Workshops’ were organized through this Swedish International Development Cooperation Agency (SIDA)- funded project. They were held in Adana and Gaziantep, in the south-east of Turkey, in December 2018 and in capital Ankara and İzmir, in the west of Turkey in January 2019.

Related News
06/11/2017
In Turkey, talks focus on eliminating barriers to women's leadership
29/02/2016
UN Women, IPU and Turkish Parliament to enhance women’s political participation
09/03/2021
This is what leadership looks like: How three women mayors in Moldova are making a difference every day
31/03/2020
To empower women, municipal work needs a gender perspective
17/10/2019
High-level panel discusses ways of preventing violence against women in politics
END_OF_DOCUMENT_TOKEN_TO_BE_REPLACED