At a UN Women workshop, Turkish officials gained practical insights into the mechanics of integrating a gender equality perspective into budget processes. 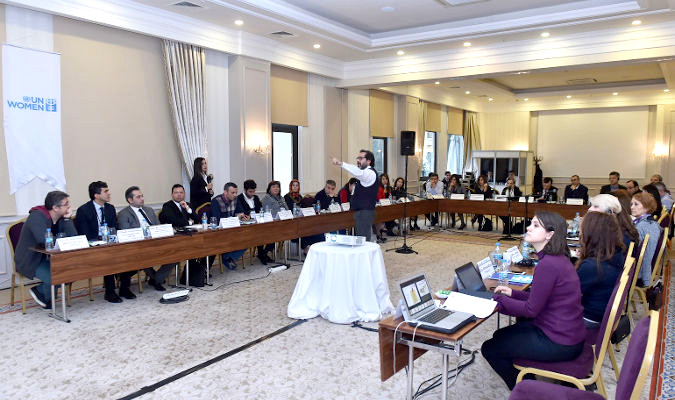 After Balkan counterparts shared their successful gender-responsive budgeting experiences at a UN Women workshop in Sapanca, Turkey, 35 experts from the strategic development and budgetary departments of the Turkish Grand National Assembly (TGNA), the Secretariat General of the Presidency, and other ministries agreed that all aspects of governance needed analysis to incorporate gender-responsive budgeting.

Gender-responsive budgeting (GRB) is an innovative public policy tool that comprehensively assesses gender gaps and identifies key actions to close them. It addresses gender bias and discrimination by analysing government budgets to ensure that national commitments to gender equality and women’s empowerment are adequately funded, at the national and local levels.

Metehan Gültaşlı, from the UN Women Turkey Office, introduced participants to the principles of gender-responsive budgeting. International experts from Balkan countries, including Albania and Bosnia Herzegovina, supplemented the training by sharing their first-hand gender-experiences.

In the Balkans, the UN Women Regional Programme has successfully worked with governments in Bosnia and Herzegovina, former Yugoslav Republic of Macedonia[1] and the Republic of Moldova to implement gender equality commitments and enhance women’s participation in decision-making.

The workshop was organized as part of the Gender Equality in Political Leadership and Participation in Turkey project which supports women’s political leaders and participation in Turkey. UN Women implements the project in partnership with the Inter-Parliamentary Union (IPU) and the Committee on Equality of Opportunity for Women and Men (EOC) of the Grand National Assembly of Turkey (TGNA).

Funded by the Swedish International Development Cooperation Agency (SIDA), the project provides technical expertise to the TGNA and relevant ministries, so they can pilot measures to enhance gender-responsive budgeting.

“It was a fruitful and interactive training. We learned about the linkages between gender equality and gender-responsive budgeting,” said one of the participants*. 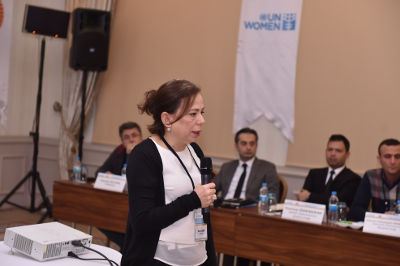 UN Women Project Manager, Neşe Çakır Sayran, explained that the workshop, and others like it, are organized so that ministries and bodies of the Turkish Parliament can prepare budgets with a gender equality perspective.

“We didn’t consider before that our work may have a gender equality dimension. This workshop showed us that every area of work has a gender equality perspective,” said an expert. Workshop participants concluded that every area of governance requires a gender-responsive budgeting analysis. Participants indicated their interest in integrating gender-responsive budgeting into their strategic plans.

“The principles of GRB are the same, no matter the size of the project or the country that implements it. The ways to do it, might be different, but sharing ‘best practices’ is always a good way to start,” said one international expert.

“Success stories come not only from countries like Austria or Iceland, but also from much smaller ones, such as Albania. Sharing similar cultures, traditions and even mentalities will help Turkish experts to extract from the Albanian experience, what is more suitable and applicable to their reality,” added the participant.

UN Women will organize a second workshop on gender responsive budgeting in March 2018 for another 30 participants from ministries and the Turkish Parliament.

[1] fYR Macedonia in all subsequent references

* Some participants and experts asked for their identity not to be revealed as they are public officials.