Albania publishes the largest range of gender statistics to date 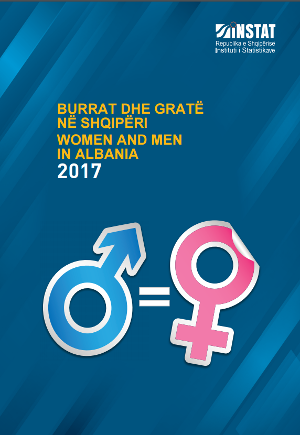 “The panorama of gender statistics is more complete and the public now has access to one of our best publications in years,” said Delina Ibrahimaj, Director of INSTAT, presenting the new publication.

“Men and Women 2017,” published for the fifth consecutive year, was supported by UN Women in Albania, with the financial contribution of the Government of Sweden.

“We at UN Women believe on evidence-based decision making, and this publication is an immense source of gender statistics, important for policy and decision making,” said Rezart Xhelo, UN Women Policy Specialist.

This year's publication contains 34 gender indicators under the population statistics, and introduces for the first time, a "Gender Equality Index" for education levels and students with disabilities.

The publication includes the widest range of gender equality statistics in many areas, gathered from INSTAT surveys and from public institutions in the country.

“Gender statistics are only the first step in defining better policies for men and women in the society. The next step is to understand why differences occur between them and aim to improve gender policies in the country,” said Ms. Ibrahimaj.

The data and the comprehensive information of this publication can be used by policy makers, civil society, academia and researches for further analysis in the social and economic areas.

Related News
16/03/2022
Budgeting for equality on the agenda at high-level ‘Week of Women’ panel
04/11/2021
I am Generation Equality: Gresa Hasa, feminist activist
19/08/2021
Eco-experience rises from the COVID-19 ashes in Albania
10/06/2021
From where I stand: “Women’s Entrepreneurship Expo had a good vibe: no barriers, no prejudices and a practical spirit of cooperation”
27/10/2020
Survey shows COVID-19 impacts on gender inequality in Albania
END_OF_DOCUMENT_TOKEN_TO_BE_REPLACED