Striving for gender equality at the local level, Albanian and Serb gender specialists learn from each other’s experiences in implementing the European Charter for Equality of Women and Men in Local Life, thanks to a UN Women-organized study tour. 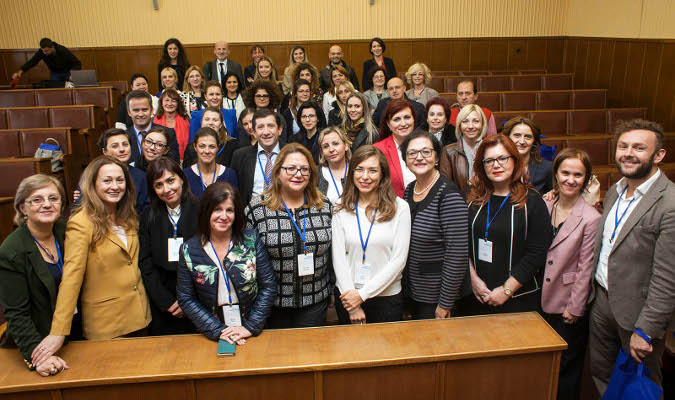 A group of 39 Albanian gender specialists visited Belgrade from 17-19 October to study how to promote and include gender equality in local planning and development initiatives. Representatives of ministries, municipalities, municipal associations, regional development agencies and civil society in Albania took part in the tour.

Organized by UN Women, the three-day study visit let participants exchange experiences with colleagues from Serbia and learn how to apply the European Charter for Equality of Women and Men in Local Life.

Drawn in 2006 by the Council of European Municipalities and Regions (CEMR), the Charter formally commits Europe’s local and regional governments to the equality of women and men. Each Charter signatory undertakes to draw up an Equality Action Plan that sets out its priorities, actions and resources allocated to implement their commitments through practical applications in political participation, employment, public services, and urban planning. 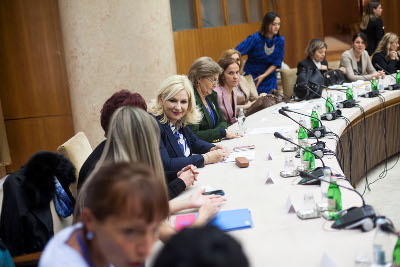 Ms. Merita Xhafaj, General Director of Social Policies at Ministry of Social Welfare and Youth in Albania, explained that the group visited Serbia to see how institutions there have carried out the Charter, and to learn how they overcame challenges. "I hope that we will soon have a Serbian delegation visit us in Albania," added Ms. Xhafaj.

The group met with Ms. Zorana Mihajlovic, President of the Government of Serbia Coordinating Body for Gender Equality, who stressed the importance of connecting – at national and regional levels – men and women working in gender equality. “After all, there is no country with full gender equality," Ms. Mihajlovic said.

Ms. Gordana Comic, Serbia’s National Assembly Deputy Speaker and member of the Women Parliamentary Network, expressed appreciation for the opportunity to talk to Members of Parliament from Albania. 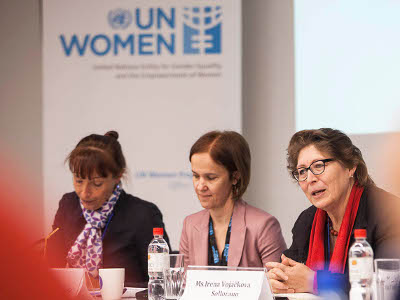 “We are standing on the shoulders of women who fought for our rights many years before us. We are the builders of our future and we want to be involved in all such dialogues,” said Ms. Comic.

The study tour also brought the group to several national and municipal offices that work with economic development, poverty reduction and social policies. Presentations of hands-on experiences triggered intense discussion and exchange. "Our municipality just initiated its first programme in support of women's entrepreneurship and the example presented by National Alliance for Local Economic Development (NALED) serves as great inspiration" said Deputy Mayor of Tirana, Ms. Brunilda Paskali. Similarly, the Mayor of Shkodra, Ms. Voltana Ademi, stated that "the study visit has made it crystal clear that sound decision-making is impossible without statistical data that shows whether services provided at local level benefit women and men equally". Ms. Milana Rikanovic, Head of UN Women in Serbia, expressed hope that this cooperation will continue and even expand in future.

The Albanian delegation’s study visit is a co-operation between UN Women Serbia and Albania offices and was conducted in the framework of the UN Women “Gender Equality Facility (GEF) in Albania Phase I”, financially supported by the Austrian Development Agency. GEF supports the Government of Albania in implementing gender- and socially responsive government strategies, plans, policies, budgets, funds and priorities at a central and municipal level. Embedded in the context of accession to the EU, activities focus on coaching, training, guidance and advice; the provision of technical assistance in support of priority reforms and sectors; the use of gender statistics; and preparation of draft proposals for submission to the EU. Regional exchange and learning among gender experts and structures responsible for gender mainstreaming is an integral element of GEF.

Related News
23/02/2016
Serbia adopts National Strategy for Gender Equality
17/05/2022
Campaign against toxic masculinity yields success in Serbia
22/03/2022
The Myth Buster
30/08/2021
Call for Proposals: Elimination of gender-based stereotypes and promotion of women’s active role in all aspects of a society
08/03/2021
Women leaders in the Western Balkans and Turkey confront violence against women amid the pandemic
END_OF_DOCUMENT_TOKEN_TO_BE_REPLACED