Women in Ukraine’s military face discrimination and abuse from male counterparts throughout their career, their needs largely ignored by military and civilian superiors, according to a study by women activists in the country.

Based on interviews with 42 women combatants from Ukraine military units, the study, Invisible Battalion, recommends specific measures to support increased participation by women in the security sector, including removing barriers that exclude women from certain military employment categories and establishing official channels to address sexual harassment and abuse claims. 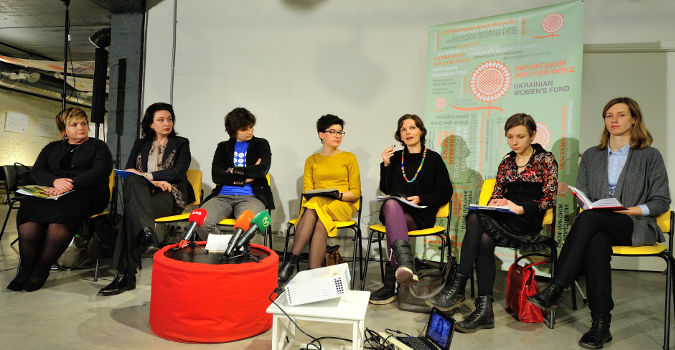 The authors of the report came up with the study’s title, invisible Battalion, after finding that women taking part in anti-terrorist operations (ATO) in the on-going conflict in Ukraine’s eastern regions of Donetsk and Luhansk as members of the armed forces and in volunteer battalions were not treated equally as their male counterparts and until now their contribution has rarely been recognized.

“Even though women are on the front lines every day, doing courageous things in combat, they are an ‘invisible battalion’ to their superiors and most of the Ukrainian public,” said Ms. Maria Berlinska, head of Center Air Reconnaissance, a volunteer Ukraine organization that co-authored the study. 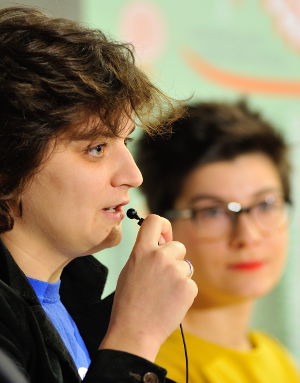 “One of the biggest problems is that women are not allowed by law to take up combat duties,” according to Dr. Tamara Martsenyuk, Sociologist of the National University (Kyiv-Mohyla Academy) who also co-authored the work. “Consequently when women are recruited they are given official positions, such as secretaries and cooks, when in fact they drive tanks and operate heavy weapons. When they are injured they do not get the health benefits that they are entitled to as front line combatants, and which their male counterparts get.”

Ukraine’s military has failed to deliver adequate uniforms and footwear to women or build health and sanitation infrastructure to accommodate women’s needs.

“Women rarely complain and are eager to underline the support that they get from their male counterparts,” notes Natalia Karbowska, the president of the Ukrainian Women's Fund, which helped finance this project. “But the military is engaged in important reforms and the role of women in the security forces can no longer be ignored. The new law on anti-discrimination in the work place can serve as an important basis to eradicate rules that treat male and female fighters differently.”

UN Women is supporting the Ukrainian Women’s Fund and the women-activists leading the Invisible Battalion advocacy campaign. According to Anastasia Divinskaya, UN Women Gender Advisor in Ukraine, “this is an excellent time for Ukraine, which in 2016 will join the UN Security Council as a non-permanent member, to do more to implement UN Security Council resolutions on Women, Peace and Security which seek to advance women’s participation and the protection of their rights in the security sector.”

Reforms are needed to eliminate discrimination in the security sector in general and during the Anti-Terrorist Operation. UN Women stands ready to support the Ministry of Defense in development and implementation of Women, Peace and Security agenda including through security reform.

Related News
26/05/2016
Mothers in Ukraine's armed forces face particular discrimination
19/09/2022
In the words of Anastasia Perepylytsia: "Women are half of the population, whose opinions and needs must be taken into account."
20/06/2022
In the words of Elena Biceva: “By taking care of ourselves, we can help even more”
17/06/2022
In the words of Larysa Denysenko, a Ukrainian legal expert: “Sexual violence is a tactic of intimidation, torture and humiliation”
20/05/2022
Meet Yaroslav, a young Ukrainian refugee with disabilities who dreams of becoming a DJ
END_OF_DOCUMENT_TOKEN_TO_BE_REPLACED