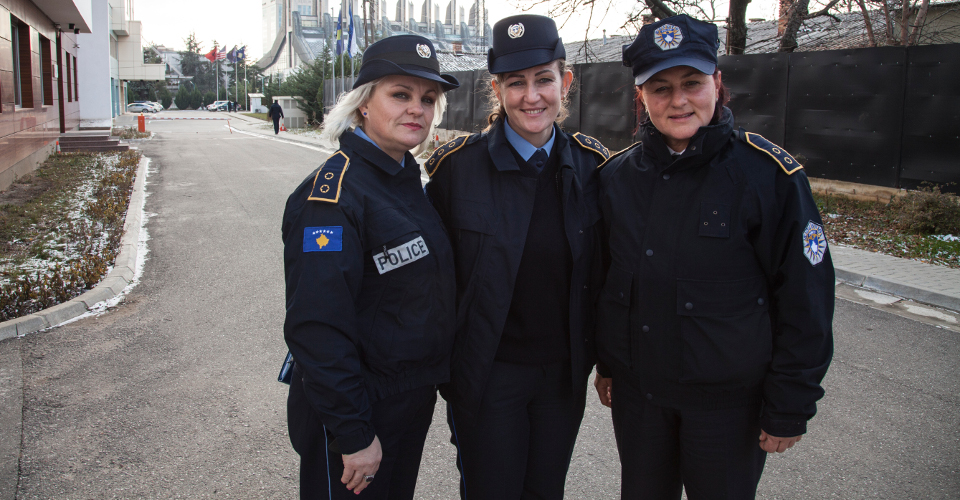 When women lead and participate in peace processes, peace lasts longer. Since the groundbreaking UN Security Council resolution 1325, calling for women’s participation in peacebuilding was passed 17 years ago, there is mounting evidence that women are powerful actors in sustaining peace in their communities and nations. Research shows that achieving gender equality helps in preventing conflict, and high rates of violence against women correlates with outbreaks of conflict.

Despite the evidence, actions for women’s inclusion, leadership and protection remain inadequate. In some areas, there has even been a roll back on progress.

In 2016, the percentage of signed peace agreements containing gender-specific provisions declined to 50 per cent, as compared to 70 per cent in 2014.

As of June 2017, 141 million people were in need of humanitarian assistance. Gender gaps in humanitarian settings are glaringly evident. In conflict and post-conflict settings, maternal mortality rates are nearly twice the global ratio, while girls are two and a half times more likely to be out of school.

At the same time, violent extremism is on the rise. Terrorists and extremist groups manipulate prevailing gender norms and gender stereotypes to advance their agenda and drive recruitment. Women and girls are not only targets of their systematic sexual violence, but have become targets of recruiters—women make up at least 20 to 30 per cent of foreign terrorist fighters.

As the UN Security Council prepares to convene for its annual Open Debate on Women, Peace and Security on 27 October 2017, the UN Secretary-General’s 2017 report stresses that achievement of the Sustainable Development Goals requires full implementation of the women, peace and security agenda [1].

The report’s six recommendations provide a roadmap to achieve a shift from ad-hoc inclusion of women to making women’s leadership a norm—focus on transformative implementation; place gender firmly at the centre of UN’s prevention agenda; invest in quality gender and conflict analysis; protect civil society and women’s human rights defenders; ensure robust funding; and exercise greater leadership and political will.

UN Women continues to work around the world to engage women, including young women, as leaders in their communities to build peace and resilience. As the UN deliberates on the women, peace and security agenda, UN Women highlights the voices and experience of women building and sustaining peace, rebuilding their lives, communities and countries and mobilizing for justice and equality.

During times of instability, women and girls are disproportionately impacted by sexual and gender-based violence. These crimes can fall under war crimes, crimes against humanity and genocide, and are considered especially grave violations of international law. Victims and survivors have a right to justice, but without evidence, impunity prevails. How can justice be achieved? This interactive infostory explores the various paths to justice, gives voice to survivors’ stories and looks at the critical role that investigators play in ending impunity for sexual and gender-based violence crimes. View more► 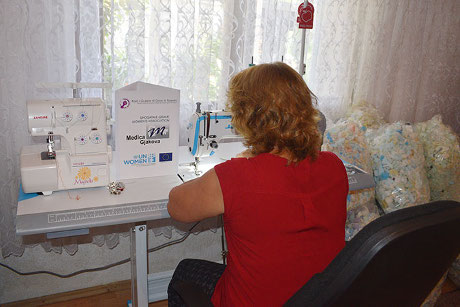 In Kosovo, legal recognition of war-time sexual violence survivors after 18 years
After almost two decades of silence and stigma, Kosovo [2] women survivors of sexual violence during the armed conflict of 1998 – 1999 will soon get legal recognition and reparations, including financial assistance. UN Women is providing micro-grants and psychosocial support so that survivors can heal and overcome the economic hardships that came in tow with trauma and abandonment. 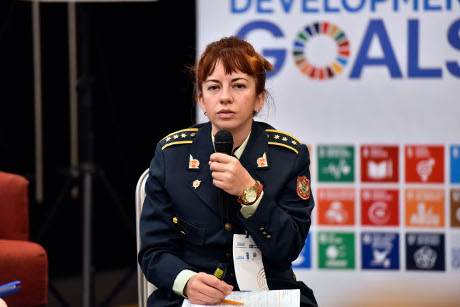 In the words of Sanja Pejović: “Applying a gender perspective contributes to the success of military operations”
Meet Captain Sanja Pejović, the highest-ranking woman officer in the Armed Forces of Montenegro (AF MNE). Captain Pejović was the first woman officer to serve in AF MNE. She talks about the important role that women can play in the security sector for increasing the effectiveness of military operations and responding to new security threats. 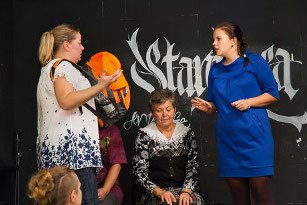 Internally desiplaced women of Ukraine find voice through interactive theatre
Since 2016, UN Women brought together more than 60 internally displaced women and women from host communities in Forum Theatre workshops and performances in the eastern, western and central parts of Ukraine. Through their performance, participants identify the barriers impeding their social integration and access to opportunities, resources and decision-making in new communities. They collectively suggest realistic solutions to overcoming these obstacles. 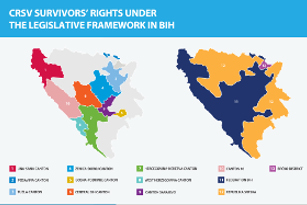 Infographics: Conflict-related sexual violence survivors' rights under the legislative framework in Bosnia and Herzegovina
UN Women, together with UNFPA, UNDP and IOM, recently published a research report about the socio-economic obstacles faced by conflict-related sexual violence survivors in Bosnia and Herzegovina. This infographic demonstrates the research findings. 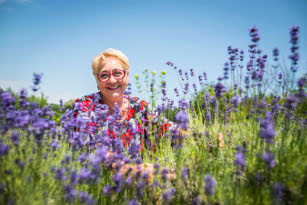 From where I stand: “Nature has healed me”
Adila Suljević survived sexual violence and spent time in a detention camp during the war in Bosnia and Herzegovina that took place between 1992 and 1995. In the aftermath of the conflict, Adila became one of the first women to testify on war trauma. In 2016, she founded an NGO to build a support network for women survivors of wartime sexual violence and provide them with a space to talk freely about their trauma and feel empowered. She is also a farmer, cultivating and selling her own produce with support from a UN Women project that helped her expand her business and boost her economic opportunities. 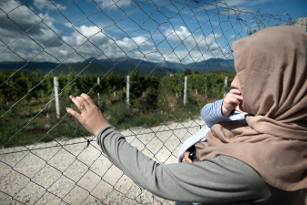 UN Women report recommends recognition of gender-based violence as a basis for asylum
A report prepared by a team of international lawyers for UN Women finds that legal gaps in the European Union expose women survivors of gender-based persecution to the risk of being denied asylum. 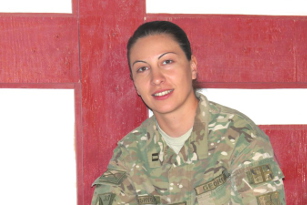 From where I stand: "It is professionalism that matters, not gender"
Major Tamar Mghebrishvili, 34, has been serving in the armed forces of Georgia since 2007. She provides her personal insight about breaking gender stereotypes in the military. 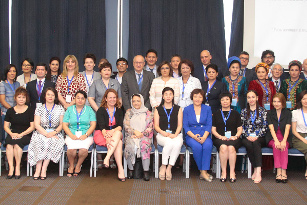 Women should play key roles in conflict prevention in Central Aisa say experts
Women can play key roles in conflict prevention, and international and regional organizations have an opportunity to support women’s growing engagement, was the key conclusion of a regional seminar held in Kazakhstan in June. The event was organized by the UN Regional Center for Preventive Diplomacy for Central Asia (UNRCCA) in cooperation with UN Women and UNFPA.

Raise awareness about women’s role in building sustainable peace and join the conversation about Security Council resolution #UNSCR1325 now! You can check out and promote UN Women’s social media content in English, Spanish, and French here

[2] All references to Kosovo on this website shall be understood to be in full compliance with UN Security Council Resolution 1244 (1999).